What The Hell Have Puma Done With Their Third Kits?

We've seen some shocking kits over the past few years, but we think the new set of Puma third kits take the prize for worst football jerseys of recent times.

On Wednesday, they released their new offerings for some of Europe's top clubs, including Man City and AC Milan, and they've certainly achieved their stated aim of shattering the norms of football kits - but not exactly in the best way.

Man City's third kit got the most attention on social media - and it wasn't exactly the best of responses.

The "refined" look, for want of a better phrase, has fans up in arms. The lack of a clear club crest, as well as the large bold text across the chest, has not gone down well.

The Third kit presented an opportunity to be bold, so we wanted to reenergize these jerseys and take a new direction.

We appreciate the constant effort to push the boat out with football kits, but this doesn't exactly seem like the most innovative way of doing it. After all, Penneys have been producing shirts of this nature for every World Cup in recent memory.

It wasn't just City who were hit with the design. The template was also used for AC Milan, Fenerbahce, Valencia, Borussia Monchengladbach, and Marseille's kits, and we can't say they're much better.

Rewrite the rules. Introducing the 3rd kits of the FAM’ (Yes, the badges are there. All over the kits actually ⬇️) pic.twitter.com/Ot1d3b5CJ2

It's been a bad few weeks for football jerseys, but Wednesday's reveal of Puma's third kits represented a low point.

Just when we thought it couldn't get any worse, Adidas revealed Juventus' third kit on Thursday morning - and it's arguably worse than Puma's offerings.

Juventus have released their third shirt for the 21/22 season!

What do you think? pic.twitter.com/F37ugO6xlh

We hope the "BLOCK TEXT CLUB NAME RIGHT ACROSS THE CHEST" is a passing craze from Puma, as we can't say we're fans whatsoever.

The image of some of the top clubs in Europe playing actual competitive games in these Puma third kits, vaguely resembling a fake that you'd pick up for a tenner in a newsagents on the Mediterranean, is hard to wrap our heads around.

That's what Jack Grealish gets for shipping up to Manchester, we suppose. 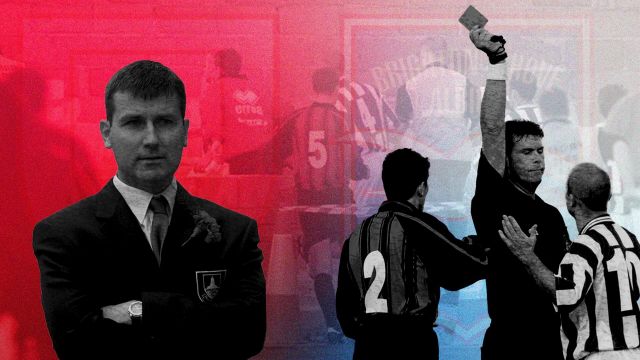