There was a sense of collective pride as Dundalk reached the third round of the Champions League qualifiers last night following a 2-2 away draw with Icelandic champions FH Hafnarfjordur in Kaplakriki.

Tributes poured in for the Lilywhites from all corners of the nation, even from supporters of rival clubs. Stephen Kenny's men will face a rematch with their conquerors of last season's qualifiers, BATE Borisov, for a place in the Champions League playoff round.

Even should Dundalk fall to BATE once more, victory last night saw the Louth club also cement a place in the playoff round of the Europa League qualifiers. These four guaranteed European ties will earn the club a monumental €1.2m - a sum which can now be redefined as 'a David McMillion'. Should Dundalk progress to the Champions League playoff round at BATE's expense and then exit at the playoff stage - where they would hypothetically face a fellow league champion from one of Europe's so-called 'weaker leagues' - they would subsequently qualify for the Europa League group stages.

They travel to Belarus for the first leg next week where they'll seek to improve on last season's 2-1 defeat from. Contrary to last season's tie, however, Dundalk's home game a week later won't take place at their 4,500 capacity home ground. 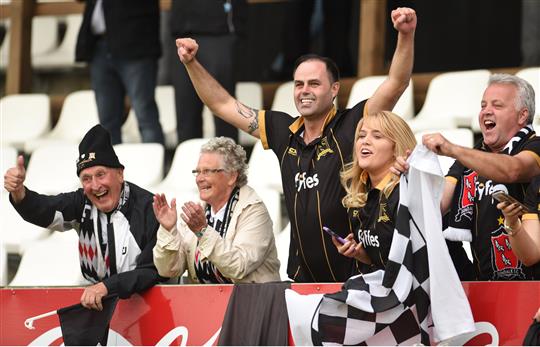 Why Are Dundalk Playing In Tallaght Against Bate Borisov?

Instead, both the Irish champions and their Belarusian counterparts will face a trip to Tallaght Stadium on August 3rd. Why are Dundalk playing in Tallaght? Because UEFA require Category 3 stadiums to host Champions League fixtures, but only after the second qualifying round. Unfortunately for the Dundalk faithful, their Carrick Road venue doesn't qualify as such, and Kenny's side will face an hour's drive down the M1 to Shamrock Rovers' stadium for their date with BATE.

Dundalk are unbeaten in four visits to the Tallaght ground since May 2013, when a Ciarán Kilduff goal saw the visitors off in a 1-0 Rovers victory.

Incidentally, Dundalk's two visits to Tallaght prior to that defeat saw them lose 7-0 and 6-0 respectively in 2012 which, if nothing else, shows just how far the League of Ireland champions have come in the intervening four years.

Before Tallaght, Dundalk travel to Belarus for the first leg which takes place at Borisov Arena on July 26th. 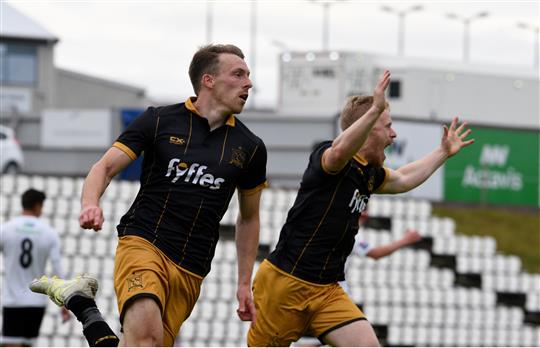 WATCH: The Goal That Sent Dundalk Through To The Champions League Third Round Qualifiers