Why Has Juventus' Gamble On Ronaldo Failed?

Juventus’ acrimonious exit to Porto last night means their wait for a Champions League title has stretched to 25 years. Cristiano Ronaldo was meant to herald a new beginning for Juve, but even he is coming in for criticism in the wake of last night’s embarrassment. Just where did it go so wrong for Ronaldo and Juve?

We start in April 2018. Turin. The quarter-finals of the Champions League pitted Real Madrid and Juventus against each other, just under a year after they had met in the 2017 final. Just as he was in Cardiff in June 2017, Cristiano Ronaldo was once again the difference between the teams.

Ronaldo opened the scoring early on, before scoring arguably the best goal of his career in the second half. As the ball hung in the air from a Dani Carvajal cross, he rose higher than Andrea Barzagli in the penalty area and buried an overhead kick in the corner. Barzagli just shrugged – what can you do?

The Allianz Stadium in Turin rose to acclaim the goal, with Juve and Madrid fans alike brought to their feet. The Portuguese superstar was moved by the appreciation from the home fans, bowing to them in respect. The cheers for Ronaldo would soon become a regular habit for Juventus fans.

That summer, after playing a key role in a third successive Champions League triumph for Real, Ronaldo left the Spanish capital for a new challenge at Juventus. This was undoubtedly the most prolific player in world football, who had anchored the first team ever to win three Champions League crowns in a row. He was the centrepiece of this Madrid team and yet they saw no issue with allowing him to pursue a new avenue in Turin.

When they signed Ronaldo, Juventus had gone 22 years without a Champions League title. In that period, they had lost five finals – two in the previous four years. Seven Serie A title wins in a row were not enough for the Juventus board and the signing of Ronaldo heralded a concerted push for European glory. The board were tired of semi-final and final defeats, so what better way to ensure Champions League success than signing the greatest, most prolific player in the competition’s history?

And yet, here we are. Almost three years later and Ronaldo is yet to play in a Champions League semi-final with the Old Lady of Turin. 2019’s quarter-final exit to Ajax has been followed by last-16 defeats to Lyon and Porto in successive years. Ronaldo has scored plenty of goals in Serie A and become a firm fan favourite at Juve, but to say their European exploits have been disappointing would be an understatement. So, what’s happened?

There are a few factors at play here – the first is the way Juventus is run as a club. The impatience with managers has certainly harmed them, with any early exit from the Champions League seen as unacceptable. Long-time manager Massimiliano Allegri left in Ronaldo’s first season after the Ajax defeat, while Maurizio Sarri followed that example last year. In his three seasons in black-and-white, Ronaldo has played under three different managers. 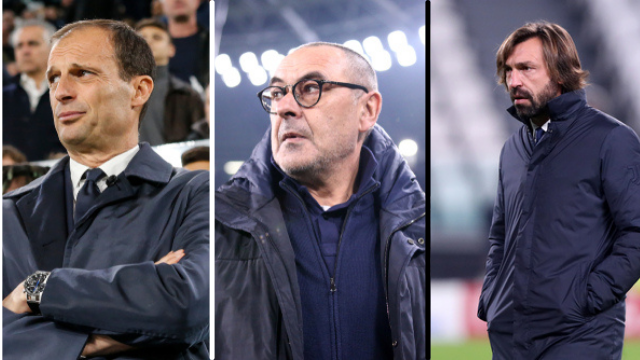 The second factor is the board’s choice of manager for this year, club legend Andrea Pirlo. Pirlo, though a mainstay in midfield during the early 2010s and a cult hero among Italian football fans, has no prior coaching experience and is younger than goalkeeper Gianluigi Buffon. His inexperience has been blamed for the club’s demise this year – not only are they now out of the Champions League, but they also sit 10 points off league leaders Inter and look set to lose their grip on the Serie A title.

But the third factor in this puzzle is Ronaldo himself. What brought him to Turin in the first place, and why hasn’t it worked out for him?

Ronaldo is, at heart, horrifically egotistical. He throws strops when he is not given the ball, he protests referees’ decisions vehemently, he showboats. He has been, for the last 15 years, an absolute joy to watch on the pitch – but you get the sense that not a single person on Earth enjoys how good Ronaldo is at football as much as Ronaldo himself does. 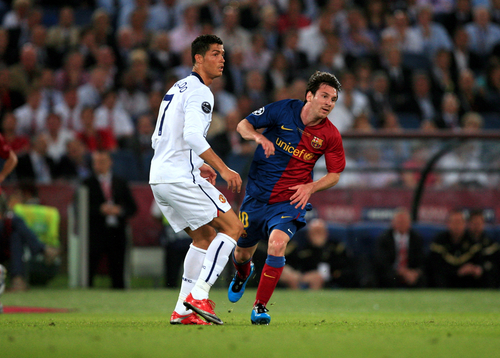 Of course, Ronaldo is constantly compared with the other great of his generation, Lionel Messi of Barcelona. The two will be viewed as the greatest footballers of all time in years to come and their duel for supremacy in Spain added another layer to the Real Madrid-Barcelona rivalry during the 2010s. 90s kids had the question of Blur or Oasis – the children of this generation’s defining question is: Ronaldo or Messi?

Ronaldo is unquestionably the statistical “GOAT” of the Champions League, with five medals for two different clubs and four goals in those five finals. You do get the sense, however, that that wasn’t enough for him – a sixth crown, with a third different club, would have sealed his reputation beyond doubt and put him ahead of Messi without question. The drive to be seen as the best is what drove Ronaldo to Italy. 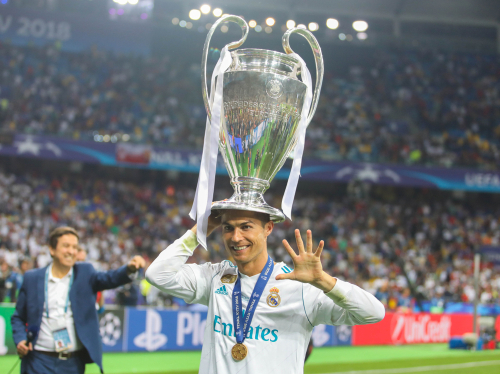 The match of Ronaldo and Juve should have guaranteed Champions League success. After all, it’s not like this Juventus team were not on the verge of European victory before Ronaldo’s arrival – they lost the 2015 and 2017 finals and came close to knocking Ronaldo’s Real out in 2018. The prolific goalscoring and character of Ronaldo should have been the final piece in their puzzle.

But Juventus’ management shuffles are only one part of the problem – all three managers have tended to build teams around Ronaldo, to the point where the rest of the team seem short of ideas. As he has aged, the load on Ronaldo’s shoulders has only increased. Building a team around a 36-year-old is not sustainable in any world and Juventus appear to be paying the price. It is not Ronaldo’s fault that the management of the team has led to the players around him diminishing in stature over his three years at the club.

The squad around him is also nowhere near as strong as the Real Madrid team that he had so much success with. In Ronaldo’s first three years in Madrid, they signed Raphael Varane, Sami Khedira and Luka Modric. Gareth Bale, Casemiro and Toni Kroos followed shortly after. Madrid started the exact same 11 in three consecutive Champions League finals from 2016 to 2018, the vast majority of whom arrived alongside or after Ronaldo. 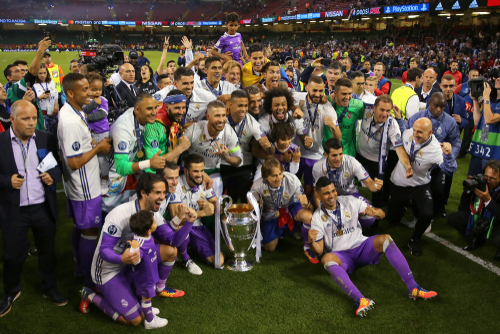 By contrast, Juventus’ most high-profile acquisition since Ronaldo’s arrival is Ajax youngster Matthijs de Ligt, with their other signings either returning, ageing club legends like Gianlugi Buffon or Leonardo Bonucci, or fading prospects like Aaron Ramsey. This Juventus squad was ageing when Ronaldo arrived and has not been improved since he arrived.

It is, however, fair to say that Ronaldo’s abilities are simply fading with age. It was unrealistic to expect that the man who signed for Juve aged 33 would be able to maintain his astonishing record deep into his 30s. His relentless goalscoring record had to stop sometime and, after 15 years of Champions League football, the Portuguese is now a veteran. He no longer has the turn of speed that made his early years at Man United so deadly, nor the movement that made him such a threat at Madrid. Ronaldo can no longer play the role Juventus need him to play in Europe, and the team look out of ideas as to how else to play.

Fabio Capello accused Ronaldo last night of only showing up when Juventus win "to take the credit", simultaneously suggesting that he disappears for many of Juventus' defeats. The narrative in Italy is shifting against Ronaldo, to the point where his abilities are not only diminishing, but that he is even seen as a liability at times.

The question of where next for Ronaldo and Juve will be asked aplenty over the next few weeks, but one thing seems clear – Ronaldo’s shot at an unprecedented sixth Champions League crown is surely gone now. The Juventus experiment may well continue, but it looks unlikely to bring any success.

Ronaldo arrived in Turin hoping to seal his reputation as the greatest footballer of all time. Juve fans welcomed him with open arms in the hope of tasting Champions League glory again. Three years on, both look farther than ever from achieving their goals. 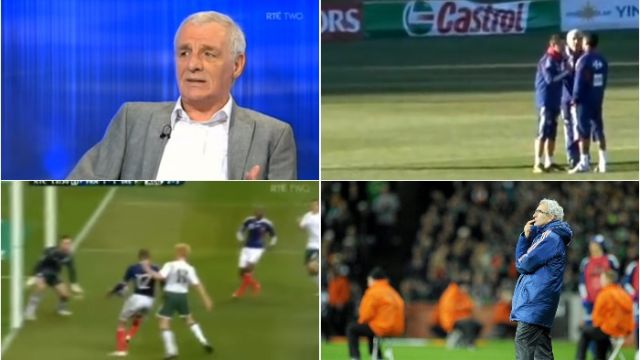