Why Ireland Is Wearing Blue Against Qatar Tonight

Umbro have released a limited edition centenary Ireland kit, and it's stunning - but it's also blue. As most Irish football fans will have recognised by now, Ireland traditionally wear green, so we're here to answer the pressing question of the day: why is the Ireland jersey blue for the match against Qatar tonight?

What is the new Ireland jersey?

Umbro teased the release of a new Ireland jersey over the course of a Friday afternoon in late August, slowly revealing more details as the day went on.

The big reveal of a special centenary kit didn't disappoint, with a simple shamrock crest and a royal blue colour.

Will the jersey be worn in any matches?

Yes, Ireland will wear the special commemorative jersey in their friendly with Qatar in the Aviva Stadium tonight.

It will be the first time Ireland have worn a colour other than green in a home game since May 2016, when they wore their white away kit against the Netherlands in a EURO 2016 warmup game.

Why is the new Ireland jersey blue?

Umbro claimed in an August tweet that the first ever Republic of Ireland kit was "St. Patrick's Blue", and we can confirm their claim is true.

Did you know that the very first Republic of Ireland kit was St. Patrick's Blue?  🔵 👀
.
More at midday…
.#WeAre100 pic.twitter.com/Mdl9fWLP5s

We've fact checked it, and there is quite a lot of historical evidence of Ireland wearing blue at international level, up to and including the fight for independence in the early 1920s.

It would be another three years, though, until a team played at international level under the name "Republic of Ireland", and that came at the 1924 Olympic Games against Bulgaria - a game Ireland won 1-0 in.

@FAIreland v Bulgaria at the Olympic Games in Paris in 1924. Our 1st ever international. Its believed that the Irish team wore a blue shirt in this game. 😍 Imagine a blue Ireland jersey 💚 Does anyone know if one of these still exists somewhere? I'd love to even see it. #COYBIG pic.twitter.com/d5xhvKHlIt

The excellent Historical Football Kits have a section on the history of Irish football kits, and they note that, up until 1921, the national team's first choice colours were blue. By a quirk of circumstance, the first game ever played by the Republic of Ireland, against Bulgaria at those Olympics, required the team to change to blue as Bulgaria wore green. 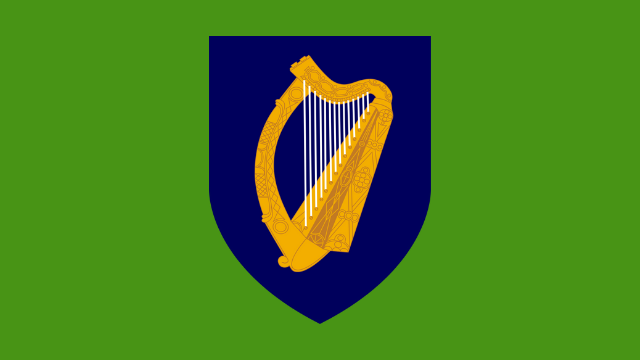 Blue also features heavily across Irish state materials. It is the colour of the carpets in the Seanad and Dáil, and it is also the primary colour on the coat of arms. The constitution of Ireland is also bound in a blue book.

So, there you have it, your answer to why the new Ireland jersey is blue. We have to say we're big fans, especially when the history behind it is considered, but it may prove too jarring a change for some Irish fans.

SEE ALSO: What We Know About Kerry's Paul Walsh Meeting Ronaldinho In Rio 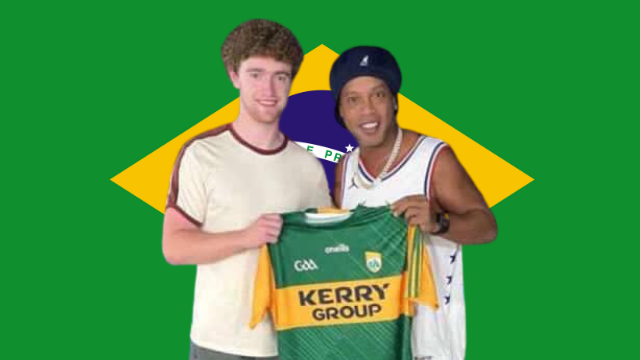