Wexford Youths completed their quest for a treble today with a 1-0 victory over Peamount United in the FAI Women’s Cup final at the Aviva Stadium, but it was the ending that will have the runners-up with cause for frustration. 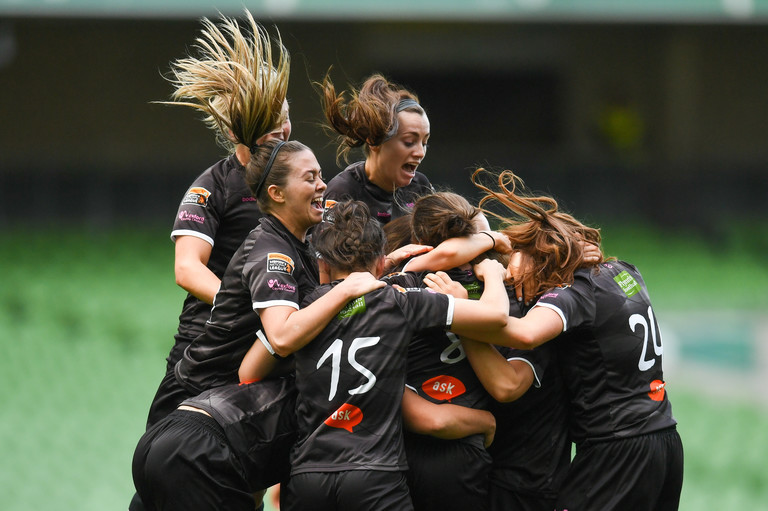 However, referee Vicki McEnery twice decided against a strong penalty claim for James O'Callaghan's side.

Big penalty shout for Peamount right on half-time. Not given. https://t.co/zcQelHjRJz #RTEsoccer pic.twitter.com/4eauN4FGjo

Drama at the death! Should Peamount have had a penalty?? It wasn't given. Wexford Youths survive and they lift the FAI Cup https://t.co/zcQelHjRJz#RTEsoccerpic.twitter.com/tsSfEbnRS5

Speaking to RTE after the game, a disappointed O'Callaghan felt aggrieved at the decisions: "There is a couple of decisions that could have gone our way that would have made a big difference in the game. We probably just didn't have the luck on the day. I thought it was two blatant penos."

Amber Barrett was similarly irked by the call.

Katrina Parrock was deservedly awarded play of the match to complete a stunning year for player and club.

Football
9 months ago
By Sean Meehan
30 Years On, The 1990 FAI Cup Final Remains One Of Irish Football's Great Stories
Football
1 year ago
By Michael McCarthy
"I've Just Felt Nothing But Low" - Alan Mannus' Cup Win Ruined By Anthem Controversy
Football
1 year ago
By Gary Connaughton
'It Takes Us To The Next Level' - Bradley Ready For More After FAI Cup Success
Previous Next