Much like Premier League fantasy football you have 100 million quid to spend on your squad, with bench boost and maximum captain (which doubles the highest scoring player on your first eleven) available as additional options, as well as a wildcard that grants unlimited transfers for one round.

Here's my team for anyone who's struggling to pick their squad: 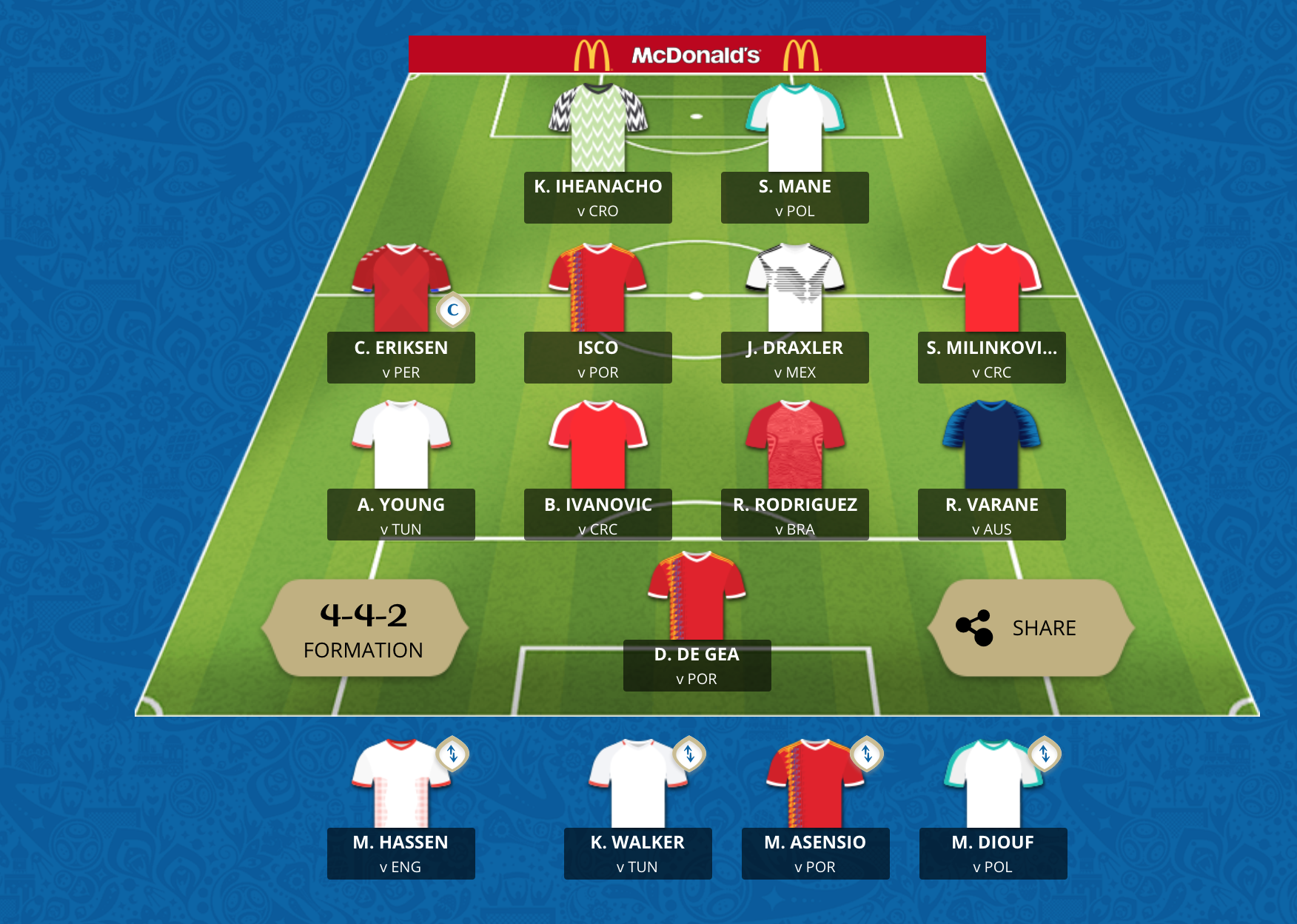 The rules for FIFA's World Cup fantasy football are as follows:

The total value of your initial squad must not exceed €100 million. This will increase €105 million for the knockout stages.

You can select up to three players from a single team during the group stage. This will increase to four players for the Round of 16, followed by five for the quarter-finals, six for the semi-finals and eight for the final of the World Cup.

Here's an overview of the scoring system: 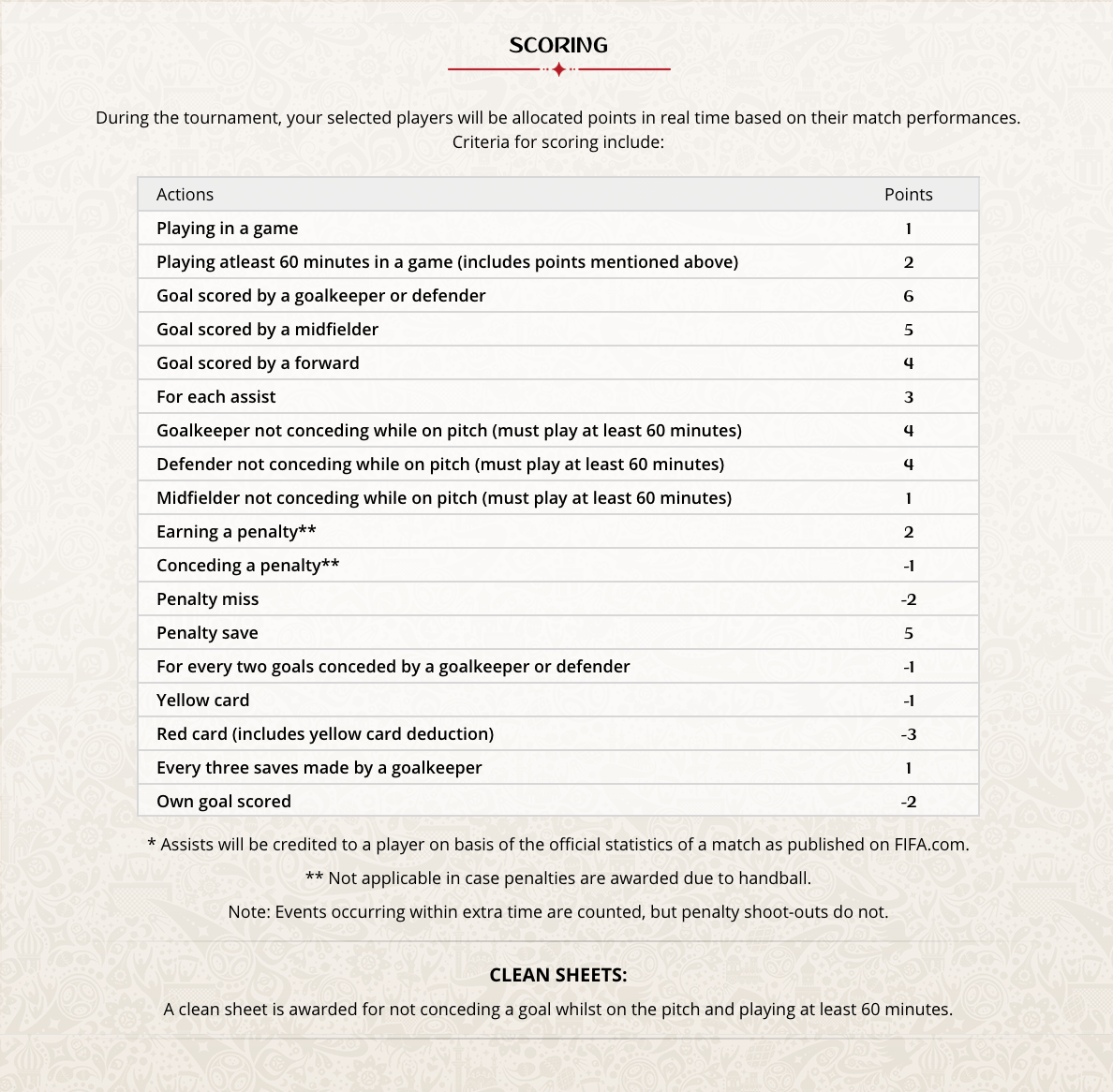 With regards to transfers, you can make unlimited transfers at no cost until your first-round deadline, and between group and knockout stages. However once Round 1 ends, there are limited transfers between rounds.

Details of free transfers are mentioned below:

You are deducted four points from your overall points for every transfer you make above the available free transfers for a round. Your round and phase points will not be affected by this deduction.

Any unused transfers will be forfeited in the next round.

You can view all of the rules of the game here.

See Also: Graham Burke Is Heading For The Championship