The 2018 World Cup Poster Is A Triumph - But Where Does It Rank Among The Others?

Here's a slice of World Cup culture you don't hear enough about: the official tournament poster. The poster for Russia 2018 was unveiled today, and it's a doozy. It features legendary Soviet goalkeeper Lev Yashin, and was designed by Russian artist Igor Gurovich. While it's great to look at, it is accompanied by the usual level of bullshit in the press release. This time, the release is pretty stark in its admission that the World Cup is being used for political capital: it's just another way to brag to the world.

In the poster, he [Yashin] is dressed in his traditional outfit of black shirt and shorts, knee brace and his famous cap. He is shown reaching for the ball, one half of which is a typical football from Yashin’s era, with the other depicting the vast landmass of Russia as seen from space, reflecting a key inspiration of the 2018 FIFA World Cup brand, that of Russia’s achievements in space exploration.

Nonetheless, it's a triumph. 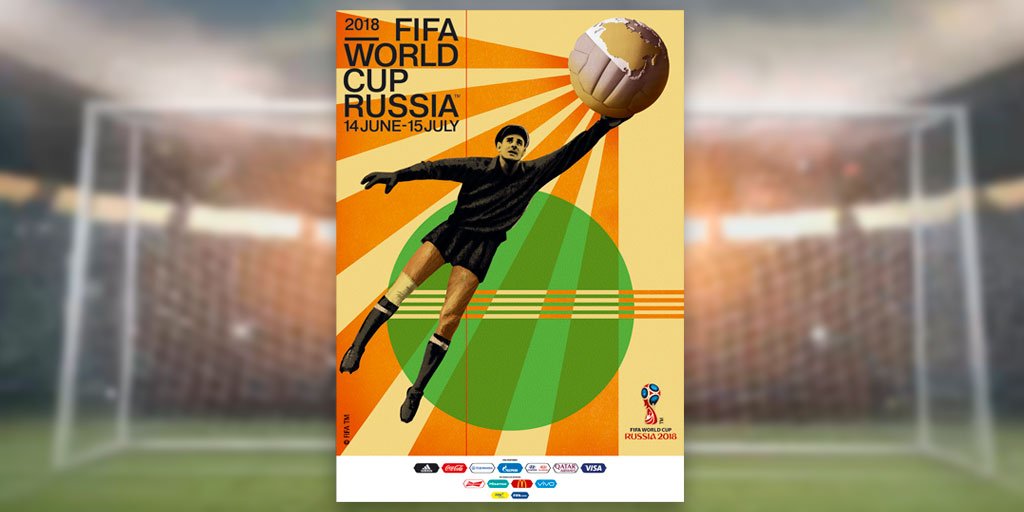 But where does it rank among the others? Here's how we see it.

We would still put it behind the following:

The inaugural poster from 1930

The minimalist triumph of Mexico '70

The striking image used for Argentina '78

So we reckon Yashin will slip in at number four.

How do these rate against all of the other posters we've seen throughout the years? They are available to be viewed below.