Did You Call It 'World Cup', 'Wembley', Or Something Else?

This article was originally written by Mikey Traynor in 2017

It was, apart from 'Red Ass', the most fun you could have playing football with a big group of people and the game was universally loved by children all over the world... But what was it actually called?

One goal, one goalkeeper, a big group of players either playing in a free for all or in teams of two, you know what we're talking about here. Having seen popular YouTube football team Hashtag United have a go as a bunch of adults, it made us a) Desperately want to play a game ourselves, and b) Realise just how many people called it different things in the comments section. So we asked around the office, and were given several different responses ourselves.

It seems clear to us that this game was most commonly known as World Cup or Wembley, but there are many different names from it, and it all comes down to where you played it.

The game was at it's most enjoyable in doubles, when you had a teammate to work with. Typically there were established rules that everybody knew such as; if you score, you go through to the next round, the goalkeeper is also the referee and he alone decides when a ball is in or out of play, and the pair or player that doesn't score is eliminated until we're left with a final, where the first to score twice wins.

But there were also a lot of rules where the lines became a bit blurred.

Where I grew up, the game was called 'World Cup Pick-A-Partner' because there was always too many to play solo, and the quickest way to get teams sorted was to allow whoever scored in the first round to choose his playing partner.

The game started as a free for all, and typically some jammy git would score the first goal, usually a tap-in after a save, and select the best player in the group.

Other variations include pre-arranging the teams beforehand, where the best players team up or people pick their best friend. This brings emotion into it far too early for me, which is why we adopted the Pick-A-Partner rule.

Choosing Countries And The "Call Out" Rule

This is where things get interesting, as while some would just play the game and get on with it, others wanted a bit more creativity and fantasy, and so would insist that every team represents a country (or club if you played FA Cup).

From personal experience, Ireland, Brazil, and France (late 90s, you know?) were always picked first by the teams that qualified first. Then you'd get kids picking Saudi Arabia and Cameroon for the laughs.

Some picked countries just for fun, but others insisted on a rule which ment that you had to shout your country's name before you shot or the goal didn't count. This lead to many a confused teacher wondering why little Billy screamed "YUGOSLAVIA!" at the top of his voice every time he kicked the ball.

No goal hanging (or hatching)!!

This was one of the most divisive rules in play, as while there was always the young fella who could run rings around everyone and stuff the ball into the top corner, there were also far, far more who thought it a better idea to lurk around the goal and pick up the scraps.

It was always left to the goalkeeper to decide, and many a friendship was ruined because of this rule. In reality, the best teams always had a good balance between all-around creator, and instinctive finisher. A Zindane, and an Inzaghi, if you will.

The only thing more divisive than a goal hanger/hatcher, was deciding who got the goal when a shot took a deflection. So many arguments were caused by a shot that would have gone in anyway being glanced on by some chancer near the goal, that a firm stance often had to be taken.

It was either:
Striker's goal: Whoever took the shot in the first place got the goal unless it came back off the keeper or woodwork. Or...

Last Touch Counts: Any touch or deflection whatsoever gives the goal to the man who made the touch, making shots from distance far, far riskier.

We were kids, it was only a matter of time before lunch was over or our parents came out to see if their child was still alive, this meant that we couldn't be waiting around for the last teams to qualify.

Typically, someone who had a watch would keep time, and after 5 or 10 minutes if no goals had been scored, both teams were eliminated.

Harsh, but fair, it sped things up and made things more interesting as there was no time for playing it safe.

The 'Dark Arts' And Tactics:

There were always little ways to cheat and game the system, and most of them resulted in playing on when the ball was out of play, which was always easier if the goalkeeper was one of your good pals.

Goalkeepers' kickouts, putting the ball back into play, could also be manipulated, as if you stayed switched on you could get a read on where he was going and pounce for a first-time strike.

Tactically, it was always fascinating to see the better players combine for some lovely one-touch play, and then complain when the fat kid poked the rebound in after they hit the crossbar... If there was a crossbar, which there usually wasn't, in which case the goalkeeper would decide. 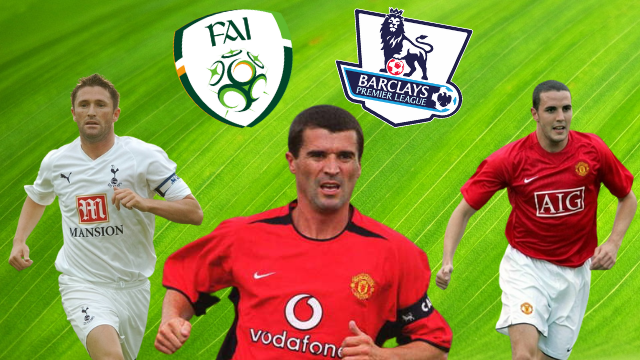