It's not just the humans it's after, Covid-19 has done for dinosaurs as well, with The Athletic reporting today that Gunnersaurus has been let go by Arsenal in their bid to cut costs.

Jerry Quy has been the man behind the Arsenal mascot since the dinosaur was born in 1993, but has been let go from his part time role. Obviously, crowdless stadiums hugely impacted Gunnersaurus' role and, while the club confirmed Quy's departure to The Athletic, they did say that mascot will return in the future.

Quy has been an ever-present for 27 years, even once missing his brother's own wedding in order to attend a home match. Gunnersaurus has been arguably the most-loved mascot in football, especially in the internet era.

He has given us countless memes and many terrific moments, including his ice bucket challenge in 2014.

And if you need some cheering up, here's the time he tried to take a dizzy penalty.

Bye for now, Gunnersaurus. Hopefully it won't be long until you return!

See Also: 'My Best Work Comes When I Feel A Genuine Emotion About A Subject' - The Life And Work Of David Squires 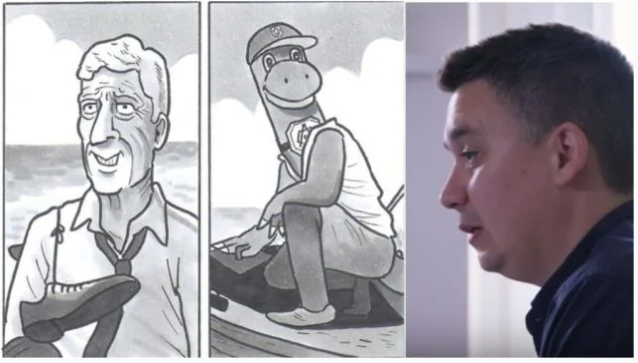