When you think 'footballer cameos' the mind immediately wanders to the ghastly Goal films, or Michael Owen's breakthrough performance in the shit-show that was Hero To Zero. But who can forget the better moments - the magnificent footballer cameos - from John Harley to Gianfranco Zola - on Nickelodeon's Renford Rejects?

But, since the 1980s, numerous other shows have produced more obscure but equally enthralling cameos by football players, and we felt it rude not to pay them their dues. Beginning with one of our own...

Two years after his heroics in Japan, the Ireland striker made his silver screen debut on Brendan O'Carroll's Mrs Brown's Boys. Keane joined Ken Doherty as a mormon with a particularly dodgy American accent. If only he knew...

You can checkout Robbie's cameo two minutes into the following:

An unbelievably impressive performance by Beckham in an oft-forgotten but classic Only Fools sketch. The sheer majesty of the ending. Just look at his face as he topples.

3) Graeme Souness, The Boys From The Blackstuff 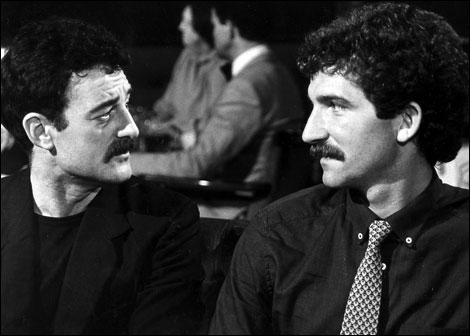 BBC own all rights to footage of Souness perfecting the nonchalant head turn and then repeating it a thousand times over, but his appearance in the gritty '80s drama - which received critical acclaim, it' worth pointing out - was a very real thing. 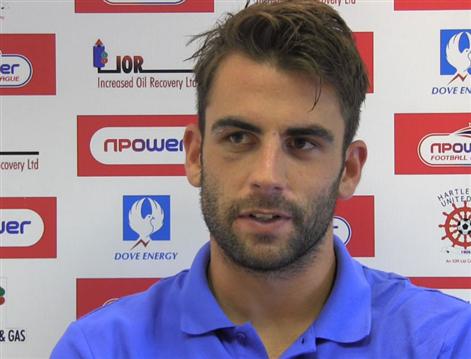 Then at Crewe Alexandra, Walton was forced to stand in for his sick girlfriend on a WAGs edition of Come Dine With Me. Starring alongside Walton, then 23, was Jessica Lawlor - Stephen Ireland's partner, Chantelle Tago - who was engaged to Emile Heskey, and Jude Cissé - wife of Djibril.

The episode and general concept was described as "a heinous crime against television" by several critics.

Sure, it's not a tv show so to speak, but there's no way we were leaving it out.

It speaks volumes to the influence of my father that I wasn't born in 1990 and yet inexplicably detested the star of this iconic Irish tv ad, which rose to prominence during the 2002 World Cup. In retrospect, Schillaci actually seems like a thoroughly decent bloke, but I'm yet to drink a Smithwicks.

Allow us to quote Harchester United's official profile of Dean Sturridge in order to adequately describe his time at the Sky One club:

Dean Sturridge was a Harchester United schoolboy before being released as a youth team apprentice – he would go on to make his return to the club in March 1998, costing £5million.

After being released by the Dragons, he joined Derby County where he worked his way through the ranks and made his debut in January 1992.

Sturridge enjoyed a good run of goalscoring form at the Baseball Ground, and was a vital part in the Rams winning promotion to the Premier League in 1996.

His goals continued to come as a Premier League player, including scoring 11 in his first season. This won the admiration of new Harchester United manager Ian Coates who would travel to Pride Park on Transfer Deadline Day to complete a £5million transfer.

Sturridge had to wait to make his debut due to injury, but would come good when he played his part. He scored 5 goals in 7 matches to help keep Harchester United in the Premier League.

In the summer of 1998, new chairman Jerry Block forced Coates to sell Sturridge as he didn’t feature in Block’s plans for the club moving forward, despite his excellent record. He was then sold for £2million to Derby County – a £3million loss on what United had paid just months earlier.

Sturridge spent another 2 years at Derby before joining another East Midlands side, Leicester City, in 2001.

He would later on play for Wolverhampton Wanderers, Queens Park Rangers and had a loan spell at Sheffield United before retiring after a spell at Kidderminster Harriers.

What in the shit is this, I hear you ask. Well, we don't have all the answers for you. All we can say is that Cesc Fabregas starred in his own one-off, hour-long drama for Nike back in 2008, and it was broadcast on Sky.

He's a better actor than you'd imagine, is the Spaniard, while still obviously being quite appalling.

"You've got no MPs!" was the original "You've got no fans!" The response to Barton's contribution to political debate on Question Time was generally less harsh than one might expect but, to be fair, for the most part it was just people tweeting: "What the hell am I watching?" 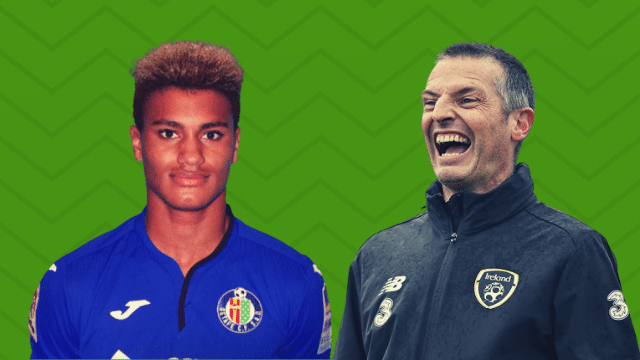 Football
3 months ago
By Donny Mahoney
These Are Some Of Ireland's Most Famous Sporting Cousins
Football
6 months ago
By Gary Connaughton
Report: Robbie Keane Set To Be Appointed Manager At Former Club
Football
7 months ago
By Donny Mahoney
Book Claims Robbie Keane 'Verbally Lashed Out' At Niall Quinn Over Departure As Ireland Assistant
Popular on Balls
Snooker
1 hour ago
By Gary Connaughton
Alex Higgins & Jimmy White Playing In Pool's Mosconi Cup Is An Incredible Watch
Football
2 hours ago
By Eoin Harrington
Quiz: Can You Name Every FA Cup Final Goalscorer Since 2000?
73

GAA
2 hours ago
By Balls Team
A Tribute To 10 Of The Toughest Men In History Of The GAA
Irish Life
21 hours ago
By Sean Meehan
A Balls.ie Guide To Sexual Consent In The Digital World