Ten Years After Wembley, Guardiola Backs Xavi To Bring Barcelona Back To The Top

2021 marks ten years since Pep Guardiola's great Barcelona team romped to a Champions League win at Wembley and one of the stars of that team, Xavi, is now set to take the reigns in charge of the Catalan club.

It's a mark of how quickly time passes that the man many see as the spiritual successor to Guardiola is already set to take charge, but Guardiola himself has given Xavi his blessing. He spoke on Xavi's prospective appointment in his press conference on Friday, and hailed his managerial abilities.

Rumours have been intensifying since the sacking of Ronald Koeman that Xavi will be his replacement as Barcelona manager. On Friday, club president Joan Laporta revealed contact had been made with the former club captain, but gave little away about the chances of Xavi taking charge.

Xavi has been manager of Qatari team Al Sadd since 2019, after joining the club as a player from Barcelona in 2015. He has brought success to the middle eastern club, leading them to the 2020-21 league title, and to the quarter-finals of the Asian Champions League.

Doubts have been raised about his potential to step up to a job of the calibre of Barcelona but, if anyone understands how the club works, Xavi is surely that man. He played for La Blaugrana for 17 years from his debut in 1998, winning four Champions Leagues and eight La Liga titles during an illustrious career.

Alongside Andres Iniesta and Sergio Busquets, he was a part of the midfield that played an often deciding role in the 2009 and 2011 Champions League wins for Barca. Xavi was particularly influential in pulling the strings in that 2011 final, when he captained Barca as they ran rings around a Manchester United team including Wayne Rooney, Ryan Giggs, Rio Ferdinand and Nemanja Vidic.

🗣️Leo Messi: "He is the best player in the history of Spanish football."

The coach of that team, Pep Guardiola, has spoken about Xavi's potential return to Barcelona as manager. He said he believes Xavi is even better placed to take charge than Guardiola himself was when he took the job in 2008.

He knows the environment which is so important in this role. He knows the game, he has passion. He has more experience now than I had when I took over from the 'B' team at Barcelona.

Koeman knows and Sergi [Barjuan, the interim manager] knows and Xavi knows and I know, success depends on the quality and the commitment and the players. People still forget, we are responsible for everything, but our influence is more minimal than people believe.

If Xavi is the next manager, I wish him all the best and hopefully step by step the team can come back where it deserves to be.

For now, former B team manager Sergi Barjuan is taking charge of the Barcelona first team on an interim basis. It's been a challenging year for the club, who have lost their all-time great Lionel Messi, and superstar Antoine Griezmann, against the backdrop of crippling financial difficulties, a dilapidated stadium, and increasingly poor results.

Barcelona fans will be dreaming of a fairytale ending to the story between them and Xavi but, if the examples of Koeman and Ole Gunnar Solskjaer at Manchester United are anything to go by, the presence of a club legend in charge brings no guarantee of success. 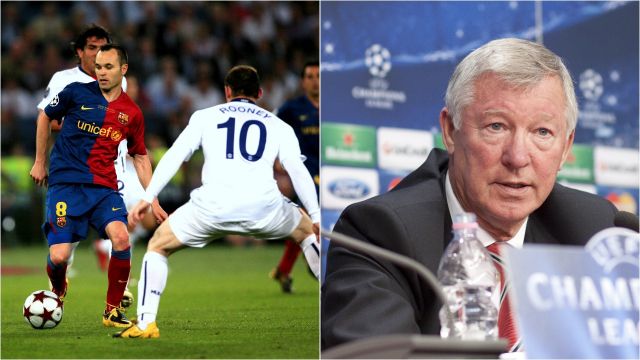