Scottish Football Twitter Reacts To 'Yes Sir, I Can Boogie' At Dalymount

There were euphoric scenes at Dalymount Park last night as Bohemians beat Waterford to reach the FAI Cup final.

Georgie Kelly swigged a Sierra Nevada can after scoring his winner and Bohs fans broke into a spontaneous rendition of Bacarra's 'Yes Sir, I Can Boogie' in the minutes following the final whistle.

Georgie Kelly, scores a late goal to put Bohs ahead in the cup semi-final and downs a can in celebration. You really do love to see it 🤣 #LOI pic.twitter.com/u9YknejOA0

This was a wonderful - if controversial - choice of song.

'Yes Sir, I Can Boogie' has become Scotland's de facto football anthem since the Jocks beat Serbia to reach Euro 2020. The rendition of the song at Hampden after Scotland beat Israel 3-2 earlier this month is one of the greatest things we've ever seen in sport this year. Bacarra are a Spanish duo but 'Yes Sir, I Can Boogie' is now as Scottish as Limmy and haggis.

So it was interesting to see Scottish football fans tweeting 'cultural appropriation' in the direction of Bohs today.

Cultural appropriation from the Irish! https://t.co/sifFR6A7WQ

On a surface level, it makes sense. Imagine if Mexico supporters chanted 'Come On You Hombres In Green'. It would never feel right, even if the intentions were pure.

Yet, a group of supporters do not get the privilege of owning football songs. How boring would football be if, say, Dortmund fans were shamed out of singing 'You'll Never Walk Alone'. Many things on the terraces, from the Poznan to the Viking Clap, have been co-opted and copied. (In fact, our sources tell us that 'Yes Sir, I Can Boogie' was sang by St Pats fans at Richmond Park after the song appeared in an ad for Cadbury's four years ago.)

Scotland fans discovered that singing 'Yes Sir, I Can Boogie' after a big victory is one of the most joyful things thousands of people can do together. Surely they want other people to know what pure joy is like. Most importantly, if you're going to give 'Yes Sir, I Can Boogie' a spin over your tannoy, you better be sure your supporters are going to belt it out. Bohs fans did not disappoint last night.

The Origins of 'Yes Sir, I Can Boogie'

Part of the awkwardness is that 'Yes Sir, I Can Boogie' resurgence was originally driven by the Scotland team, not the Scotland supporters. In fact, it's linked specifically to a member of the Scotland Euro 2020 squad: Andy Considine.

The Aberdeen defender famously filmed a drag rendition of the song while on his stag in 2015, which thankfully was captured on video. Six years later, the song has become the unlikeliest football anthem.

Considine was tagged in a tweet about the scenes in Dalymount, which he liked. And he liked the Bohs original tweet with the video. 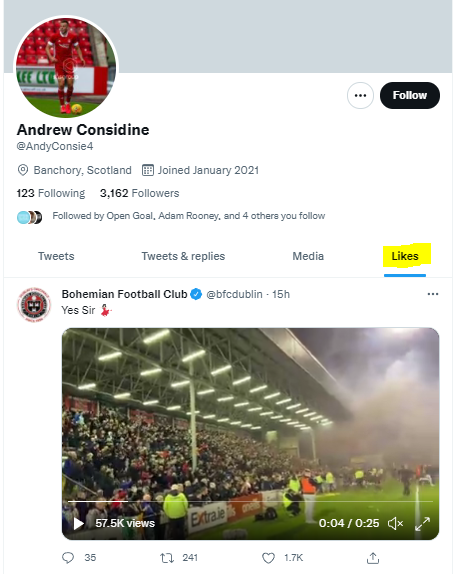 The man responsible for this madness has given his seal of approval. Boogie on.

SEE ALSO: What The GAA Special Congress Vote Means For The 2022 Championship 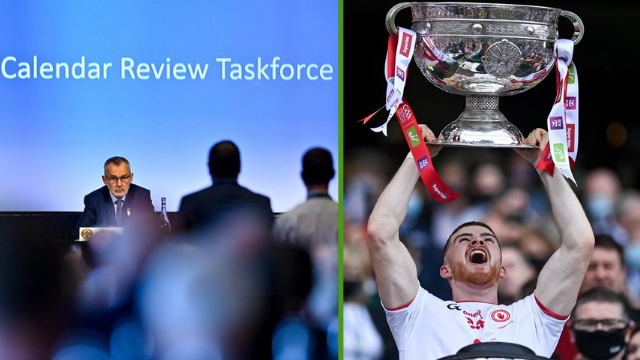