Young Boys got the Champions League off to a flying start, as they denied Man United an opening day win on Cristiano Ronaldo's return to European competition with the team.

It was a fine performance from the Swiss team, but two key mistakes from Man United were what decided the game.

Young Boys shock Man United on day one of the Champions League.

Ole Gunnar Solskjaer's men came into the game in strong form, after a 4-1 win over Newcastle on Saturday afternoon - and the game started in dream fashion as their Portuguese duo teamed up for an opener after just 13 minutes.

Bruno Fernandes found Cristiano Ronaldo with an outstanding outside of the foot cross and United's latest signing put his team in front - with a bit of assistance from the Young Boys keeper.

Three goals in two appearances. A fairytale return to the Red Devils so far! pic.twitter.com/NpbHZOySKU

Man United were comfortably on top, but the game turned on its head with ten minutes to go in the first half, as United right-back Aaron Wan Bissaka saw red for a shocking challenge on Young Boys midfielder Christopher Martins.

Watch Barcelona v Bayern and all of tonight's Champions League games for free on the LiveScore app - available on Android here and on Apple here.

There was no doubt it was a red card, as Wan-Bissaka caught Martins on the shin with his studs up - though RTÉ pundit Kenny Cunningham felt for the 23-year-old right back, saying at half time:

It is a red card, but a little bit of sympathy for him to be honest with you. In these kinds of situations, we're used to seeing players leave the ground and they're totally out of control of what they're doing - you wouldn't necessarily say Wan-Bissaka is out of control there. He's on his feet and he's reaching, and I can understand it - the ball's got away from him. He's got to put the brakes on.

There was no doubting that the red card completely changed the game, as Man United were put on the back foot and Young Boys pushed to get back into the game.

It took them half an hour of play time to break down the three-man defence of Raphael Varane, Harry Maguire, and Victor Lindelof - but they finally did it with twenty minutes to go. Moumi Ngamaleu equalised with a neat finish as he snuck in ahead of the Man United defence and took them unawares.

It was a moment of madness that ultimately cost United, though.

Jesse Lingard has enjoyed a resurgence of form of late, but he'll want to forget this night in Bern. Having retrieved the ball deep into injury time, Lingard played a careless backpass right into the path of Young Boys striker Jordan Siebatchu, who calmly slotted the ball past De Gea to give Young Boys one of their most famous ever wins.

It's disappointment for Man Utd, as Young Boys snatch it late in Switzerland!

Jesse Lingard makes a costly error and Jordan Siebatcheu nips in to apply the finish and send the home crowd wild! ⚽#UCL pic.twitter.com/vZimQoMaIz

Questions will be asked of United manager Ole Gunnar Solskjaer, whose substitutions drew criticism from both RTÉ pundits Richie Sadlier and Kenny Cunningham in the aftermath of the game.

The big win over Man United will have given Young Boys faith that they can fight for qualification from the group, but United had themselves to blame for their downfall in Switzerland. 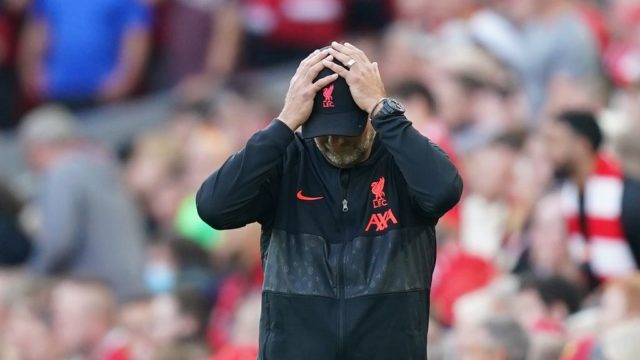