Young Irish Players In The League Cup: Connolly, Obafemi and Barrett All Impress

The majority of the League Cup's second round ties were played last night. A competition which has always thrown up opportunities for young players to impress, and that's exactly what happened for a contingent of Irish players vying for first-team minutes. 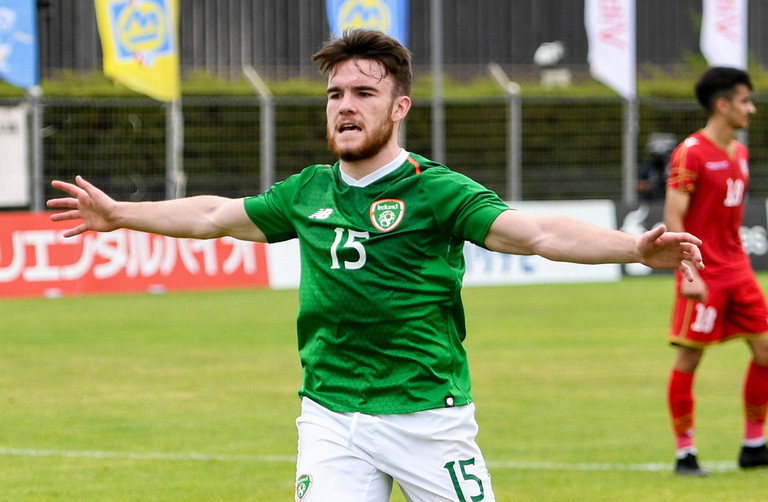 We've already lauded the 19 year-old's performance here, but there's no harm in running the rule over it once more. The Galway native was rewarded with his first start for Brighton last night away to Bristol Rovers. He immediately repaid the faith shown to him by manager Graham Potter by opening the scoring in the Seagulls 2-1 win.

Last season's Premier League 2 Player of the Year made the most of a fluke deflection, slotting well past Finland international Anssi Jaakola. He was named Man of the Match, with Graham Potter lauding him in an interview to the BBC.

He has got that knack of scoring, which is nice to have, he likes to run in behind and threaten the backline, playing on the shoulder. He's a young lad with a lot to learn of course but he's done really well with us in pre-season.

Another Irish attacker who got on the scoresheet was Southampton's Michael Obafemi. The Ireland international latched onto a low cross from Ireland's Nathan Redmond for a simple tap-in. Obafemi became Southampton's youngest goalscorer in the League Cup since Alex Oxlade-Chamberlain scored as a 16 year-old in 2010.

However, the striker did go off in the second half with an apparent injury. According to Southampton manager Ralf Hasenhuttl in an interview with the BBC, Obafemi didn't aggravate previous hamstring injuries.

No, I don't think so. It was a little bit cramp he got, for the hamstring, not injured I think.

Reading defeated Plymouth Argyle 4-2 away from home, with Ireland U21 winger Josh Barrett scoring his first two goals for the club. Both goals were terrific strikes, with Barrett's second a world-class curling strike which left the goalkeeper no chance.

The winger could have had a hat-trick, as Reading got a penalty in the 87th minute. Despite his desire, Barrett left the task to Reading's usual penalty taker, Yakou Meite, who made no mistake from the spot.

Adam Idah made his long-awaited first-team debut for Norwich City against Crawley Town. The result didn't go the way of the Ireland U21 international, with the Canaries losing 0-1 to the League Two side. Idah came close on a few occasions, but was thwarted by Crawley keeper Michael Luyambula.

Ireland's Adam Idah makes his senior debut for Norwich in the League Cup against Crawley Town this evening!#COYBIG pic.twitter.com/gQjjx8A79X

This is Idah's first season around the first-team at Carrow Road, having spent last season in the Premier League 2. He was nominated for the PL2 Player of the Year award which eventually went to U21 teammate Aaron Connolly.

The first non-attacker of the round-up is Manchester United loanee Kieran O'Hara, who kept a clean sheet for Burton Albion in their 4-0 win over Morecambe. The goalkeeper has been an ever-present for Burton this season, with his form being a mixed bag.

However, he got his first clean sheet of the season for the Brewers at the weekend against Shrewsbury. He continued that form against Morecambe, making good saves from Morecambe danger men Cole Stockton and Lewis Alessandra. 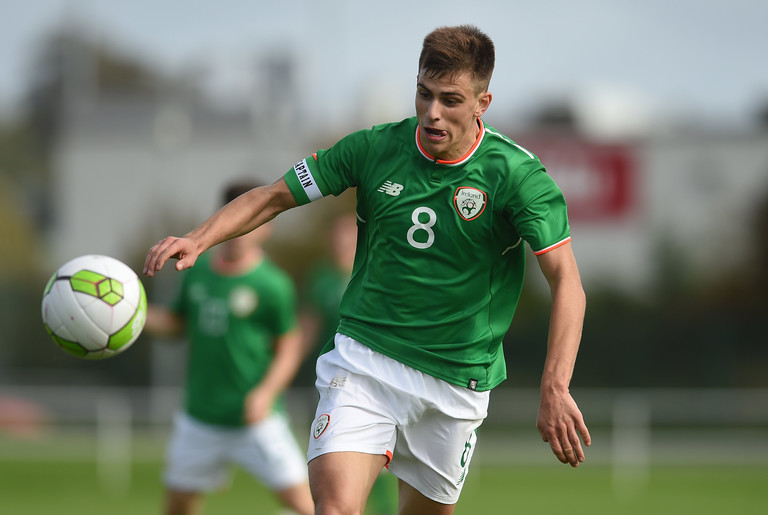 Ireland U21 captain Jayson Molumby played 90 minutes for Millwall as the Lions were dumped out on penalties by Oxford United. The central-midfielder started alongside Ireland internationals Shaun Williams and Aiden O'Brien in the midfield.

Following his exploits in the previous round, Molumby will hope that another competitive 90 minutes will convince Millwall manager Neil Harris to give his more first-team opportunities.

West Ham's Conor Coventry made a brief cameo in the Hammers' 2-0 win away to Newport County. The midfielder replaced Jack Wilshere in the heart of the Hammers' midfield, slotting in alongside Carlos Sanchez and Pablo Fornals.

His ten minutes on the park was enough to remind certain West Ham fans of former player Jack Collison, with the ex-Hammer taking the comparison as a compliment.

He’s quite the player... Defo one to watch & a great lad #COYI

There were also Irish players of a certain vintage who put in solid performances last night. Conor Hourihane, having lost his place in the Aston Villa first-team to Douglas Luiz, proved his worth to Villa by scoring two first-half goals in their 6-1 romp of Crewe Alexandra. Elsewhere, Alan Browne captained Preston to victory over Hull, with the midfielder scoring the winning penalty in the shootout.

Athlone native Alan Sheehan got on the scoresheet as Luton defeated Cardiff 3-0. Also, former Cork City trio Eoghan O'Connell, Jimmy Keohane and Stephen Dooley helped Rochdale into the third round with a 2-1 win over Carlisle United.

SEE ALSO: 10 Of The Greatest Pieces Of Commentary In Irish Sport

Football
2 months ago
By Jonathan Byrne
It's 10 Years Since Carr And Birmingham Pulled Off The Unthinkable
Football
4 months ago
By Sean Meehan
Quiz: Name All Irish Players Involved In League Cup Finals Since 2000
Football
1 year ago
By PJ Browne
Kelleher Left Out As Liverpool Name Club World Cup Squad
Previous Next