Zack Elbouzedi has enjoyed a rejuvenated spell this season in Sweden. Once a Republic of Ireland stalwart at underage level, he's starting to show off his talents abroad.

The 23-year-old plies his trade with AIK these days in the Allsvenskan. His club AIK were deep in battle with Malmo for the title earlier this month.

Speaking to Paul Nealon of Irish Football Fan TV, Elbouzedi recalls that it all came down to the final game of the season, and AIK had just gone 2-0 down.

"We got it back to 2-2 before half-time," Elbouzedi remembered. "Then we went 3-2 up and the supporters were celebrating like crazy. Setting off flares. So I was thinking, the other game, Malmo must be losing."

"Then, I think with a few minutes left I looked at Seb Larsson and he was down on his knees so I walked over to him and he said it finished 0-0 there. So we sort of knew that it was over."

Elbouzedi arrived in the Swedish league from Lincoln City. Things didn't quite work out for him during his second stint in England with time spent at Bolton as well.

For the Dubliner, things might not have worked out the way they have if it wasn't for the League of Ireland. A spell with Waterford after a bad injury at Inverness helped him gain traction.

"It's sort of where my career started to take off," he said. "It's good for giving young players a chance and you're seeing now a lot more young players coming through from that league."

"I think it's great to have a league that is willing to give young players a chance." Elbouzedi would spend a year at Waterford before his journey led him to Sweden two clubs after.

The winger enjoyed a fantastic end to the season for AIK, having made twenty appearances and scored once and assisted twice during that spell.

Some goal by Zack Elbouzedi for AIK in Sweden earlier. 👏pic.twitter.com/92MqOztryo

His form will undoubtedly be watched closely by Republic of Ireland manager Stephen Kenny, who managed him for a length at Under 21 level.

"I've said in other interviews, it's my dream to play for the senior team," he said. "Stephen knows me from the 21s and I did quite well for him."

"Obviously since Stephen's gone into the job the last five or six months I've not really been in a position that I could realistically be called up because I wasn't playing at my club."

"Now that I'm playing at a good level and thankfully I'm playing well and playing week-in week-out I don't see any reason why I couldn't get called up."

What's the level like in the Allsvenskan? Elbouzedi has enjoyed spells in the League of Ireland, Premier League youth level, Scottish Championship and League One to name a few.

He's in a unique situation in not playing in England or Scotland, something that is hard to find in any Republic of Ireland setup over the years. But the unique experience is paying off.

Top of the league, playing regularly and fixing his hairstyle mid-attack

One thing that's gone in Zack's favour is having the AIK fans on his side. The Irishman has quickly become well-liked abroad and his performances have reflected well on the home base.

"The other day somebody asked me what sort of per cent have I shown the supporters. I think 70, 75 per cent of what I can do. I went over there with no preseason or anything as well and they're midseason."

"When I go back in January hopefully I hit the ground running again and I think they're going to see an even better me."

Elbouzedi will be fondly remembered for being a part of the Under 21 team from a few years back that has since produced some fine club and country talent.

🇮🇪 Zack Elbouzedi finally makes the breakthrough for the Ireland U21s against Armenia.

👏Good finish after some solid work by Jason Knight and Adam Idah.pic.twitter.com/lZobOgJ1TC

"There are over ten or eleven players from our squad that have been capped and I think there's more to come as well. It's unbelievable. If you look maybe a few years ago a lot of people weren't getting the chance."

"I've played with some really good groups. I know at U17s we qualified for Euros. That group was the best we ever played with. Stephen had us believing in ourselves. It was just great to be a part of."

What does the future hold for the 23-year-old? Hitting the ground running for AIK next season will be his top priority and establishing himself in that team will be the next move.

As for a Republic of Ireland call, he won't force it. "I think I have some attributes that could help the team. Although it's my dream, I try not to think about getting called up too much because it's out of my control."

"All I can control is playing at my club and doing well. If a call up happens it happens. I'd love to be called up but we'll see what happens." 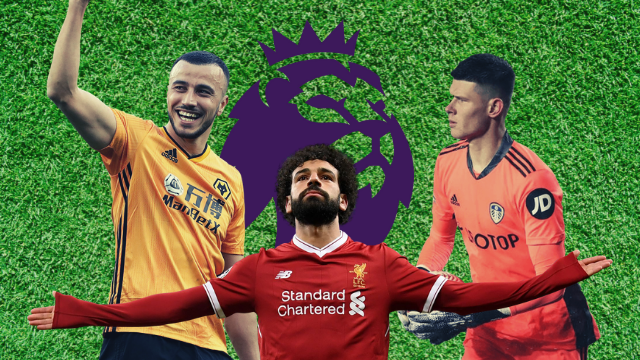