Few things are certain in football, but one thing we do know for sure is that Real Madrid need a major overhaul this summer. The squad that led them to three Champions League titles in a row has looked a shadow of its former self this season, with an injection of fresh legs and ideas badly needed.

They have been linked with a number of high profile players, indicating a return to the 'Galactico' transfer strategy that they have largely abandoned in the past few seasons. Eden Hazard has been heavily tipped to move to the Santiago Bernabeu, with a number of other big names also being linked in the media, including Brazilian superstar Neymar.

Speaking to the media today, manager Zinedine Zidane was questioned about Neymar's recent quotes where he mentioned it was a 'dream' to one day play with Eden Hazard. When asked if that ambition could be realised at Real Madrid, the Frenchman gave a somewhat surprising answer:

Yes. A lot of players want to come here and play for Real Madrid, but let's see what happens in the future.

Will I have plenty of power to decide on transfers and signings? No. I'm not even the boss in my own home! There are people here who are very important to the club that help make decisions and we want to make those together...

The idea is to empower the attacking line for next season. Let's see what we can do. 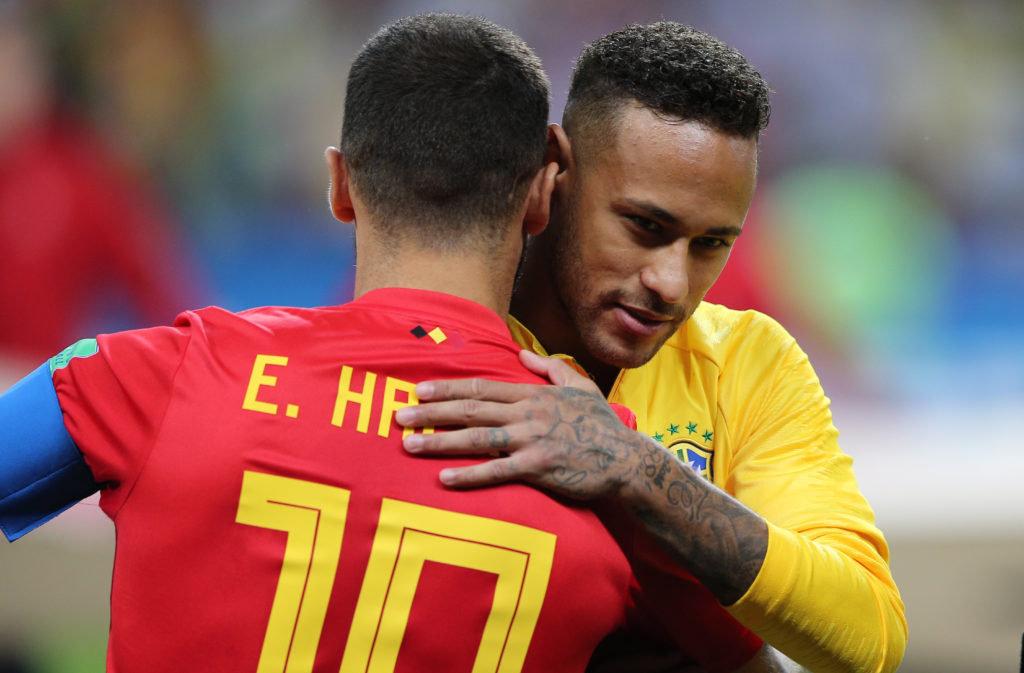 While signing Neymar may be something of a pipe dream this summer, it would be a bit of a shock if Hazard did not end up in the Spanish capital. This has led many to assume that Gareth Bale does not have a future at the club.

When asked if Bale and Hazard could fit into the same team, Zidane said it would not be an issue.

Yes! All the good players can play together. People told me that I wasn't compatible with (former France teammate) Djorkaeff. What a lot of nonsense, man!

You can see that Bale is happy. Whether he plays or doesn't play... he's had playing time under me. At the end of the season we'll see what's what. I'm not the one who says what Gareth has to do now. He's a player who's part of our plans.

He has played and he will play more before the end of the season.

No matter who they end up signing in the end, it will certainly be an interesting summer at Real Madrid.