Infographic: How Many Of These Stereotypical Gym Characters Do You Recognise?

Everybody has been a gym-goer at one time or another. No matter if your there once a day or once a month, there are eight specific characters you would have seen. Here are the cast that inhabits gyms worldwide.

We've also outlined our own entrants just to give a more rounded view of this intriguing cross-section of society.

These guys will usually be found by the bench-press or dumbbells department. They will ensure that you see their muscles, whether they're topless or with a shit four sizes too small. They know they're the strongest in the room and will occasionally let out the loud roar after lifting a heavy weight. Not to be messed with. 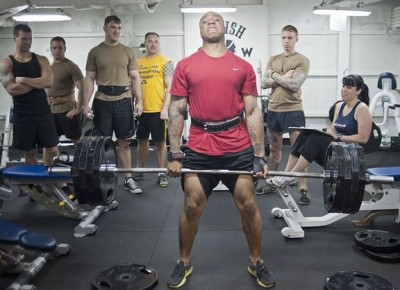 2. The Person On Their Phone

Going to the gym is something we're all proud of. We have told ourselves "I am going to get fitter", "I have to lose weight" etc. However, what some people forget is that you must actually exercise to achieve these goals. Some people fail to realise this and rather spend their time on their phones taking selfies. 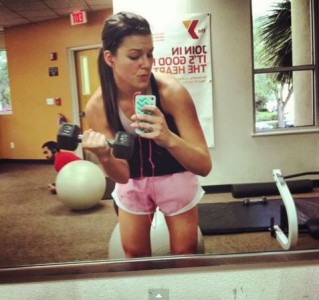 The gym is where girls go to sweat and get their exercise done, not be picked up. That doesn't stop guys, looking like their ready to go clubbing, chancing their arm. These guys have no interest in gyming and instead spend their time circling the premises pretending they knowing the ins and outs of weights and treadmills. 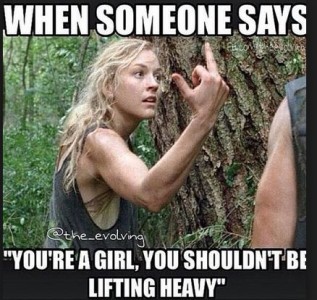 Looking for any excuse not to workout, there's always a few that will start up a conversation with people they barely know. It is out of pure laziness as the thoughts of running and doing sit-ups doesn't seem too appealing. They are usually found at the reception, in the locker room or at the warm up area. Actually working out for a full 15 mins in a two hour period doesn't make much sense. Although you probably would make more friends doing this. 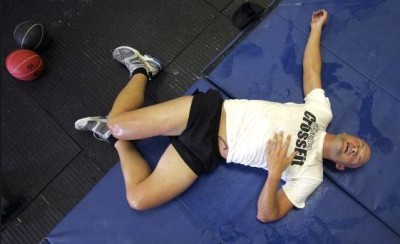 Some couples have to do everything together, and gym is no different. There is always at least one couple who are so loved up that every rep, set and (to be honest) movement can't be done without a quick kiss. Some consider it cute while others believe a gym is not a place of PDA's.

Territorial by nature, the gym hog will hold a certain machine to ransom. The unfortunate thing is that it's always one that everyone wants to use. It's the gym equivalent of a playing Fifa with friends and holding onto the controller from start to finish. People get pissed off the most when this happens, but are just too polite to say anything. Don't be selfish.

These guys are mostly found in college gyms. They flock in packs of three or four and record every weight they've done in their little notebooks. All they seem to discuss are weights for the bar, girls, the last rugby match they played in and of course, the last time they saw BOD. But there is a lot of love between them. 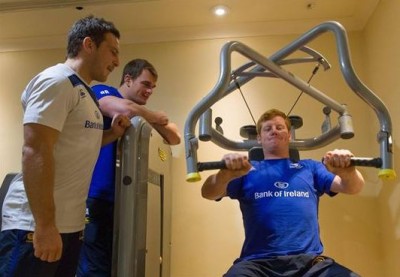 Locker rooms are for getting changed so seeing naked bodies are part and parcel of the territory. But what is it with that one guy who has no interest in putting on underwear for half an hour. He parades around the room with the towel in his hand, as opposed to wrapping it around his waist. Not alone that, he will go within six inches of you to have a chat while your sitting, meaning his business is at reasonable eye level. Every so often, two 'Naked Locker Room Guys' do run into each other. Recipe for disaster. 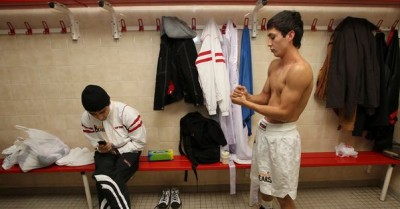 In The Gym
2 years ago
By Vickey Nolan
7 Misconceptions That Many People Have About Trying To Get Fit
Fuel
3 years ago
By Balls Team
How The Humble Squat Is A Metaphor For Life Itself
Fuel
4 years ago
By Mark Farrelly
8 Great Gym Exercises From Two Of The GAA's Top Stars
Popular on Balls
Rugby
2 days ago
By Colman Stanley
'That Pace, That Intensity, That Organisation' All Black Legend Has High Praise For Leinster
GAA
2 days ago
By PJ Browne
Cusack Has Little Sympathy For Gearoid Hegarty After Red Card
GAA
23 hours ago
By PJ Browne
GAA President Explains Why Tailteann Cup Won't Be All-Ireland Curtain Raiser
Football
17 hours ago
By Colman Stanley
Wagatha Christie Trial Sheds New Light On England's Euro 2016 Disaster