'It's Unbelievable, A Lot Of Kids Don't Even Know How To Cycle'

Along with being an inter-county hurler, Conal Kearney is also a self-employed businessman. When it comes to mixing work and sport, that can be a major benefit.

Keaney runs outdoor adventure company CP Adventure which has two sites: one at Russborough House in Wicklow and the other in the Phoenix Park.

At the gates of the Park, they rent bikes. It is through this aspect of the business he has witnessed a worrying trend for the health of young Irish people.

"What we're really trying to do is get more Irish people out on bikes," said Keaney at the launch of Dublin City Sportsfest 2019.

"At the minute, 80 per cent of our business is tourists.

"It's surprising the number of people who come in and their kids can't cycle bikes. It's unbelievable. I never even thought about it until I got involved [in this business]. It's just something that when you're growing up, you get on a bike and that's it. A lot of kids don't even know how to cycle, which is very strange.

"We're trying to introduce schemes to get families out together; instead of going to the cinema, go out and be active for the day, go for a cycle around the park where it's safe and there's something for everyone." 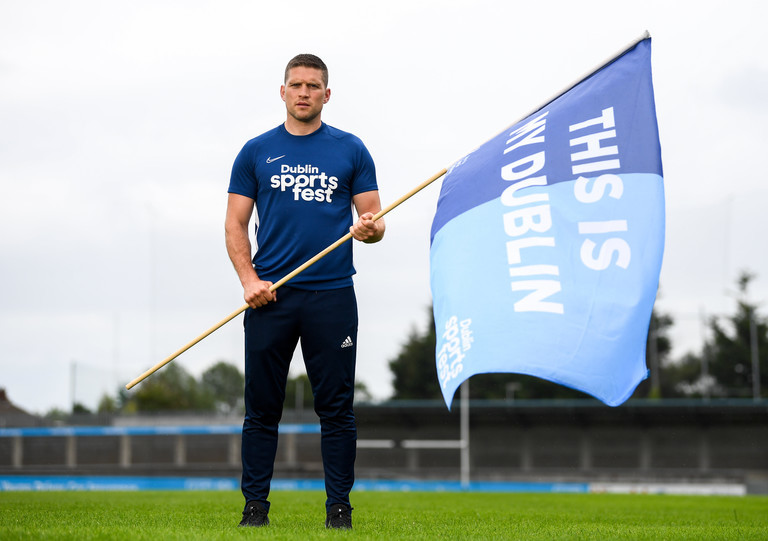 Ambassador and Dublin GAA star Conal Keaney at Parnell Park for the launch of the #ThisIsMyDublin campaign promoting Dublin City Sportsfest 2019. A week-long celebration of sport & physical activity from 23-29 of September. Everyone is encouraged participate regardless of age, ability or background. For more information visit www.dublincity.ie/sportsfest. Photo by Stephen McCarthy/Sportsfile

"We try to mix it up: [tell them] the benefits; make it attractive for the parents and the kids - the kids are always into the deer in the park; parents are happy with the cost is relatively cheap," continued Keaney.

"I think sport gives people great building blocks for life in general and for business. If you see any successful sportspeople, they are probably successful off the field as well.

"I would advise parents to get their kids involved in any sport. It's great for personal development, mental health."

See Also: The Massive Impact Irish Coaches Are Having Behind The Scenes In UK Sport