'When Something Like That Happens, You Don't Want It To Happen To Anybody Else's Family'

In an interview with Balls.ie, Ireland and Ulster rugby player Jack McGrath discusses his disappointment at not being selected for the World Cup squad, how he deals with criticism, why he uses social media sparingly and the benefits of being open about your feelings.

Jack has been a long-term supporter and ambassador for Pieta House. It is his second year supporting the 'FeelGood' campaign, which you can find out more about here.

How did you deal mentally with the disappointment of not being selected for the Ireland Rugby World Cup squad?

It was a shock to the system because I'd never not been picked for stuff with Ireland before.

I just kind of took it as a blessing in disguise that I could get up to Ulster a little bit early and just hit the ground running here - get in and know the lads a little bit more.

For me, it was just, 'This is the line in the sand that I can go away and work on things that I need to get back to where I was'. I was lucky that I had the support from all the people around me.

How did you find out that you had not been selected?

Joe [Schmidt] rang me. He rang everyone that was not in the squad. I don't envy him having that job. It was a difficult conversation but it had to be done.

Do teams teach you how to cope with those types of situations?

They do a lot through Rugby Players Ireland. There are avenues that you can go down. They are always giving us numbers that we can call and people we can speak to. Every province has a representative that somebody working in Rugby Players Ireland goes through, a player.

It's actually very well run and they're on top of it. There's definitely options there for guys who are struggling.

How do you personally deal with criticism which comes from the media and supporters?

From getting a little bit older and wiser, it's just a matter of believing you're good enough; just doing your work from week-to-week that has you prepared for every game you could play.

For me, personally, I don't do social media that much. I don't read any of the stuff that media write about you - it's one person's opinion. All that matters, for me personally, is the people around me and what they think and how proud they are of you. 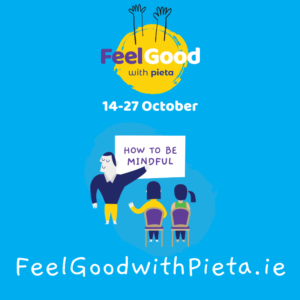 Not every day is going to be perfect when you do play rugby, it's not a perfect game. I used to take the losses quite badly but you have to take the learnings from the losses. You can't let it consume you - the sun will come up the next day and you have a chance to go again the next week which is the beauty of it.

To consume yourself in the negative thoughts about the losses and what people think of you, it is an easy trap to fall in, I have fallen into it before.

The advice I would give to younger guys is to back yourself and trust the people that are around you - your family and friends who have been with you through thick and thin. They see how hard you work to get to where you are.

Do some players make the mistake of paying too much attention to social media?

There is a lot of pressure through social media. The whole thing about this Pieta House 'FeelGood' initiative is about putting down your phone and do some activity outside of scrolling through Instagram or anything like that. Get out, organise a walk with your friends, meet up for a coffee.

It's getting to a stage where everybody is controlled by their phones. You go to look at the time and the first thing you do is look at Instagram. You put it down and you didn't even look at the time - what you actually wanted to do.

When I got it initially, I was on it a lot. What I've done is I delete the app and any time I want to go onto it, I download the app again, do what I want to do and I delete it. I'm not picking up the phone, clicking onto it and scrolling.

If I want to send an email or make a call, I'm doing what I actually picked up the phone to do rather than getting distracted.

Do you feel mentally healthier because you're spending less time using social media?

Yeah because you're looking at a lot of stuff which is not realistic to your life. Some people like it. I see through the bullshit of what people put up.

Some people like seeing what's going on with other people's lives. I'm kind of like to do my own thing and care about people around me, people I can actually talk to rather than some fella or girl putting something up and I'll never meet them in my life.

Your brother died by suicide in 2010. Is that a big part of why you're involved with Pieta House?

It was just a natural fit. When something like that happens to you, you don't want it to happen to anybody else's family because you know how bad it is. 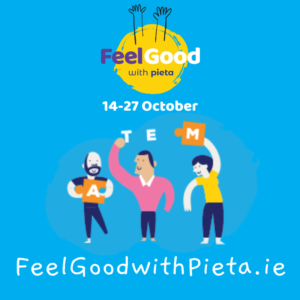 The ultimate goal is to stop it [suicide] completely. They're going the right way about it and it's an unbelievable charity and they're doing some brilliant things. I'm very lucky to say that I am involved with them and proud.

You said before that talking about your brother's suicide for the first time was 'like releasing a gas valve'. Has that taught you the benefit of being open about your feelings?

100 per cent. Being able to talk about that has changed my whole attitude about everything - even small stuff.

Just asking questions. Before you probably wouldn't even bother but something would be on your mind. It's not hard to ask a question and get a quick answer.

If you're arguing or getting annoyed with somebody, just let them know - just flesh it out, argue it out and get it done there and then.

This Pieta House campaign is called 'FeelGood'. What do you do to make yourself feel good and maintain your mental health?

Because I'm up here now [in Belfast]. You have a bit of free time - we do have long days but from when you're finished to when you're back in the following morning, there's a good gap of time.

Rather than just sitting on the couch or watching TV or being on my phone, I try to get stuff done in the house and be productive. Maybe get out and see the city.

In Dublin, because I know the area so much, I would have been more likely to stay in and not be productive - being on the phone and stuff like that.

Coming up here is a massive boost for me. It's changed habits. I'm doing positive actions.

Just get out and talk to people. It doesn't even have to be with someone. Get out and exercise. It's a scientific fact that the endorphins released when you do any type of exercise are so good for your mental health. It just gives you a boost, gives you confidence.

If you're stuck looking at your phone, stuck looking at Instagram, looking at people who seemingly have a better life than you, it's not good for you. If you get out and do positive things with your time, you're going to be in a better mental state for sure.

Pieta House are calling on clubs, companies and individuals to do something that makes them “FeelGood” and create a positive atmosphere inside and outside the workplace this October to raise vital funds for the charity. Last year over 200 participants took part in ‘FeelGood with Pieta’. Participants raised funds and created awareness by organising yoga classes, lunchtime walks, with some people going the extra mile and tackling the 500km Camino Walk across Spain and France, all in support of ‘FeelGood with Pieta’.

The funds raised for ‘FeelGood with Pieta’ have a direct impact on the service users, as they help ensure the doors remain open and the services provided by Pieta House remain free.

See Also: How Rhys McClenaghan And His Coach Turned A Setback Into An Opportunity

Fuel
1 week ago
By Maurice Brosnan
Five Powerful Finishers To Take Your Workout To The Next Level
Fuel
1 week ago
By Balls Team
Watch: The Very First Spinning Video
Fuel
2 weeks ago
By Balls Team
The Power Of Raw Hamburger Shakes And Other Diet Tips From Bruce Lee
Popular on Balls
Football
21 hours ago
By Gary Connaughton
Scotland's Stephen O'Donnell Used Some Strange Methods To Put Jack Grealish Off His Game
Football
20 hours ago
By Gary Connaughton
Manchester United Legend Urges Club To Avoid Delcan Rice Transfer This Summer
Athletics
23 hours ago
By PJ Browne
The Men's 800m At Kenya's Olympic Trials Was Wild