Losing Your Hair? Here Are 10 Footballers Who Shaved It Off And Never Looked Back

Hair loss is a sensitive subject for a lot of men.

When nature takes it's course and decides that your hairline will recede until it hits your neck, or your bald spot slowly but surely continues to devour your entire head, there are essentially three options that a man has to choose from:

1) Get a Wayne Rooney style hair-transplant for thousands of euro.
2) Try to hide it with careful combing and hair gel.
3) Shave it off and rock the cue-ball.

Accept it, embrace it. Here are 10 footballers who chose option #3 and look far better for it. 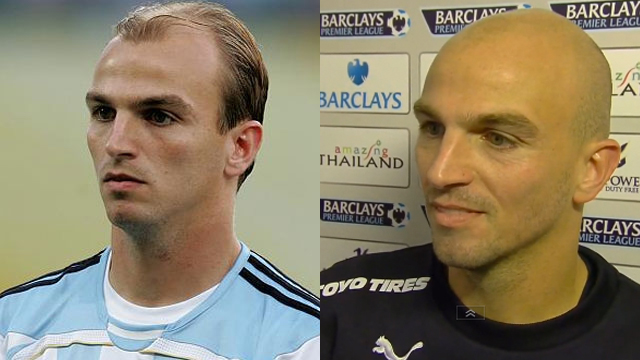 Argentinian international Esteban Cambiasso is a hero. A player who gives everything in every game, he has aged like a fine wine and once he decided to scrap the whispy comb-over he looks far more menacing in the middle. 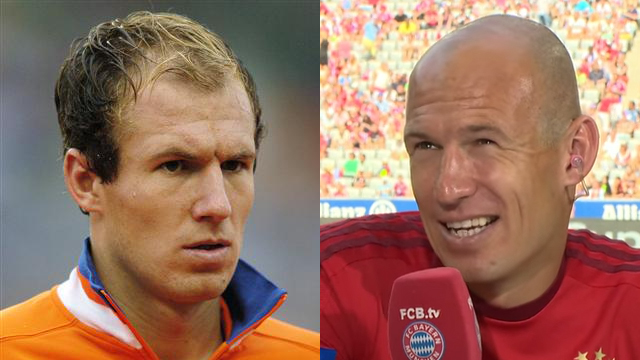 Is it any coincidence that once Robben streamlined his head he suddenly became one of the most devastating attackers in world football? Yes, it probably is, but he has become synonymous with this look now and he's an absolute baller. 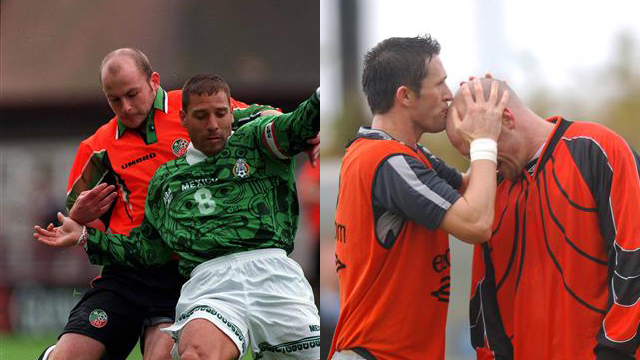 He never had much hair during his playing career, but once he gave up on the sides and the tuft in the middle, the bright bald head added at least double the intensity to his midfield play.

Although here's a negative: If you go bald, sunburn can become a serious problem. 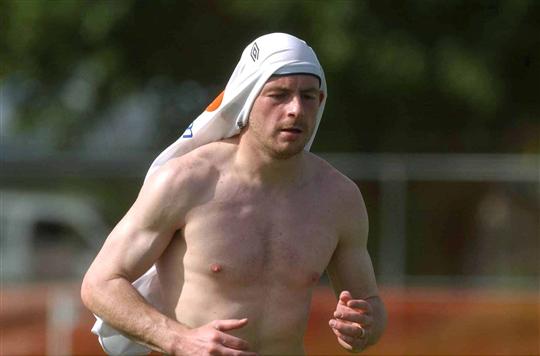 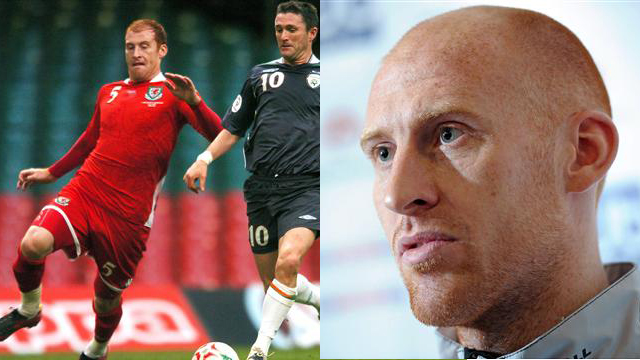 Poor Jimmy really got dealt a rough hand, but he never let him get it him down. Thinning hair looks even worse when you start sweating, and Collins is a prime example of a 'blade 0' job that looks far better. 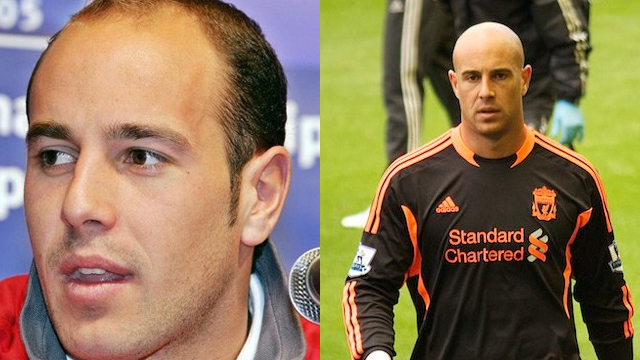 Everybody loves Pepe Reina in the dressing room, and it's obviously because he's a bubbly and positive person. A positive person who shaved his thinning hair. 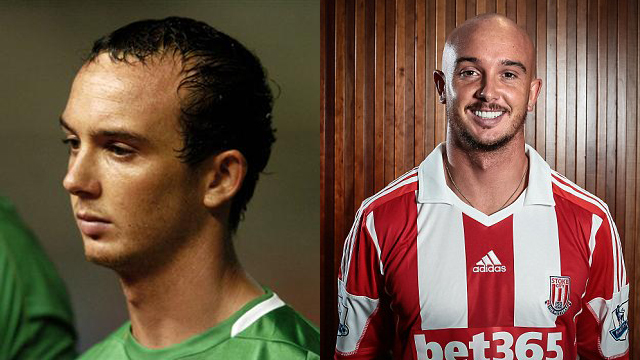 Where do we start with Stevie? Allegedly bullied by his Irish teammates for getting hairplugs, he experimented with some shocking styles before he stopped caring and shaved it. He looks much, much better, and a beard always helps if you can grown one. 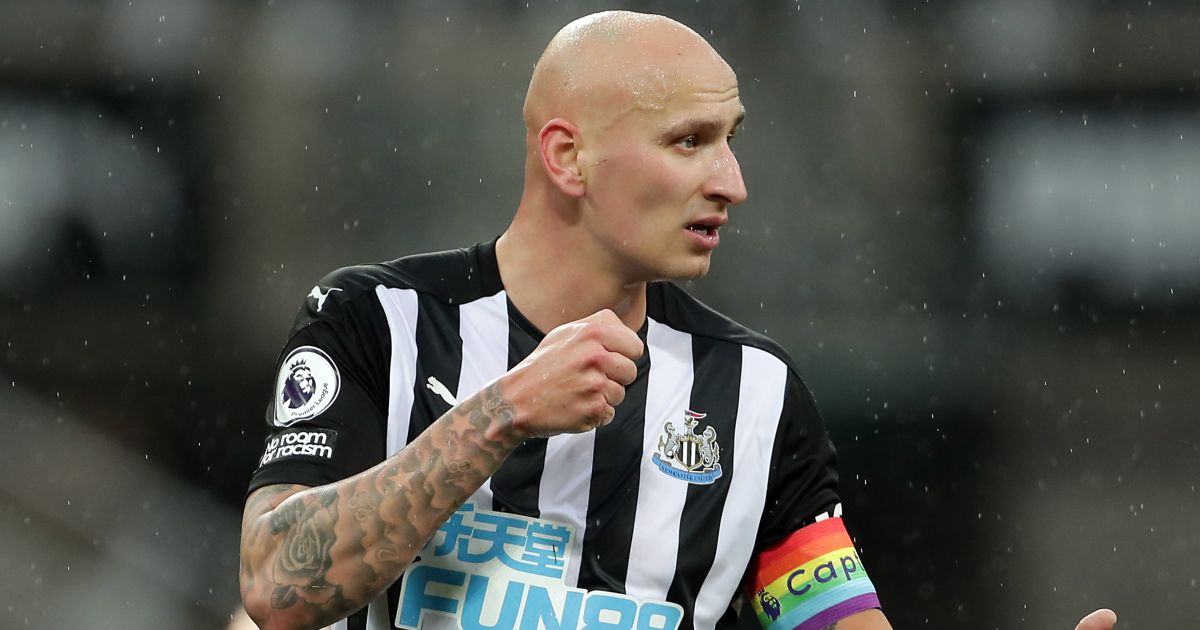 The Newcastle United midfielder suffers from alopecia, a condition he believes was caused by childhood trauma. Today he is a big advocate about alopecia and tries to help young men who suffer with the condition. 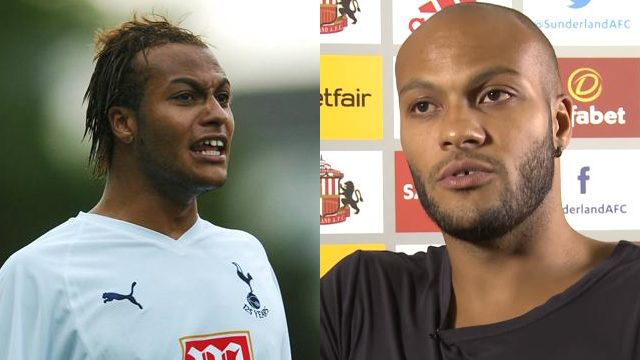 An unfortunate regular client of Marouane Chamakh's blind hairdresser for too long, Kaboul looks like a no-nonsense defender now as opposed to an extra from 'Bruno'. 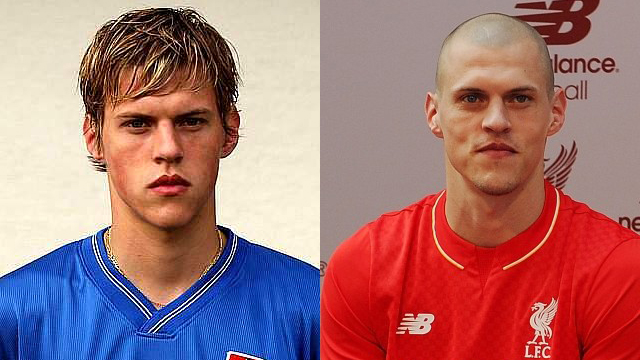 Before: Boy-band member.
After: Serial killer.

Skrtel knows what type of image he wants to go with, and he doesn't need hair. 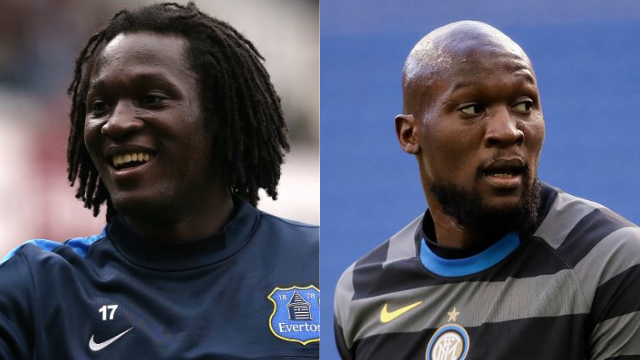 As Lukaku has matured and evolved to the all round striker we know today, his hair had gotten shorter and shorter. From the dreads to a shaved cut, now Lukaku has embraced the bald head look. 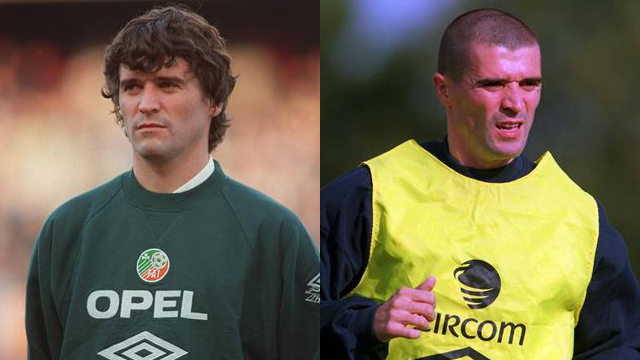 Ok, he was never bald, and rocks an impressive head of hair today, but the height of his playing career coincided with a skinhead look that made him absolutely terrifying to most midfielders. Apart from Patrick Viera, who was also bald. 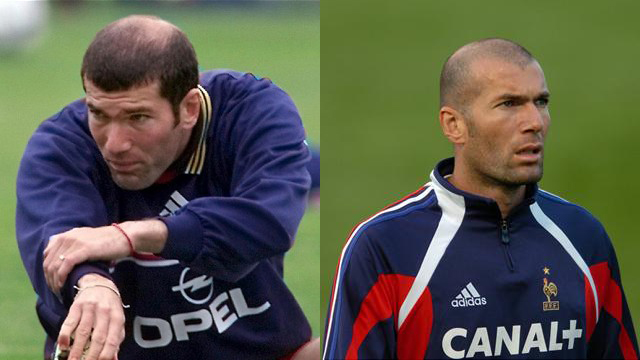 An icon to bald men all around the world, Zizou played most of his career with the "monk" style of keeping his hair despite a common bald spot on the top of his head. When he shaved it all off for the 2006 FIFA World Cup, he looked badass, he played a sesnational tournament, and he benefited from enhanced aerodynamics when headbutting Marco Matterazzi.

Baldness can have a serious impact on mental health, so in no way are we trying to make light of something that genuinely does upset a lot of men, but there are options, you can find something that works, but most importantly if you are happy with how you look, then others will be too.

Fuel
2 months ago
By Sean Meehan
WIN - A WHOOP 4.0 Strap And 12 Month Membership
The Rewind
2 months ago
By Jonathan Browne
Have A Look At The Chris Hemsworth Workout For Extraction 2
27

Fuel
3 months ago
By Sean Meehan
A Day In The Life Of A WHOOP User: Lauren Guilfoyle's WHOOP Diary
Previous Next