Remembering 11 Of The Most Famous Inter-County Transfers

The wonderful thing about the GAA is that you are representing your local community by taking part in the sport. Be it at club or county level, you usually line up for the area from which you hail.

Of course, there are exceptions.

Club transfers are fairly common, especially if a player moves to a different area of the country.

It also happens at inter-county level, although much less frequently. Here are 11 players who bucked the trend and moved from one county team to another.

11 Of The Most Famous Inter-County Transfers

There was only one place you could start.

Seánie Johnston transfer from Cavan to Kildare was a huge story back in 2012, largely down to the farcical nature in which it was carried out.

Early in that year, he expressed his desire to transfer to a club in Kildare in order to line out for the county having recently been cut from the Cavan panel. This proved to be a difficult process, largely as he had no strong links to the county.

He eventually did manage it, making a symbolic cameo for Coill Dubh hurling team in order to make him eligible for the county team. Rules required players to make a club championship appearance before they could line out at inter-county level, although the fact that Johnston did so in a code that he didn't even play was widely panned at the time.

He would make his debut for Kildare later that summer, coincidentally against Cavan. In all, he would line out for the county for two seasons, before later rejoining the Cavan panel in 2016. 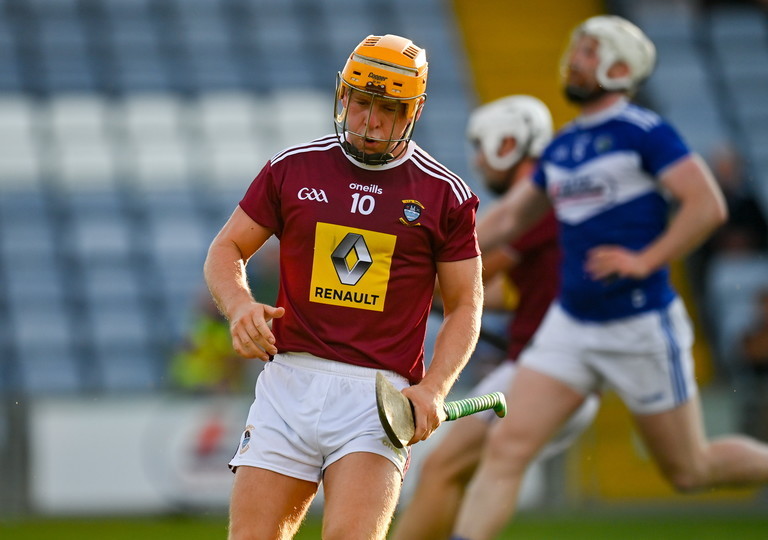 Davy Glennon won an All-Ireland with Galway in 2017, but with opportunities limited over the years that would follow, he would move to Westmeath in 2020.

The Ballinasloe native was eligible for the county due to the parental rule.

Glennon would go on to play a major part for Westmeath this year, starring in their Division 1 campaign and starting in their Joe McDonagh Cup final win over Kerry.

Conor Cox was long seen as a big talent in his native Kerry, but he could never manage to quite make the breakthrough at senior level. He played minor, U21, and junior for Kerry, but his first team appearances were limited to a handful of appearances.

Ahead of the 2019 season, he decided to declare for Roscommon, where his father was born.

The results were immediate. Cox starred for the county en-route to winning the Connacht title that summer, earning an All-Star nomination in the process.

He is still part of the Roscommon panel, having also transferred from Listowel to Éire Óg at club level. 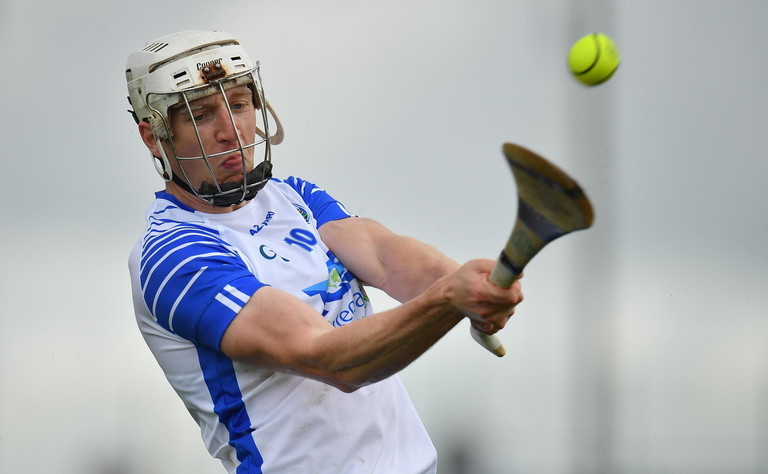 Jack Fagan was a young hurler with a big pedigree as he came through the ranks in Meath, making his inter-county debut for the county as a 19-year old back in 2015. However, he would only play one league campaign with the team.

He would transfer to Waterford club De La Salle in 2016, although he would have to bide his time before playing for his adopted to county.

Fagan only came into the fold for the 2020 season, although he would star in their run to the All-Ireland final that year.

James Loughrey was a stalwart for Cork for the best part of a decade before he hung up his boots earlier this year, but he first came through the ranks in Antrim.

A native of Belfast, he was part of the county's senior panel for five years before heading south of the border.

He moved to Mallow in 2013, where his girlfriend hailed from. While his change of scenery had nothing to do with GAA, it wasn't long before Loughrey was invited onto the Cork panel.

Having made his championship debut later that summer, the defender would remain in and around the panel until his retirement was confirmed in May of this year. 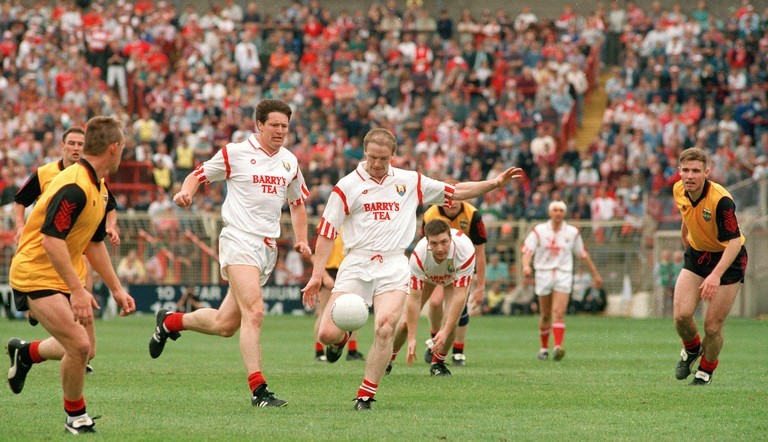 Having two former Kildare players join the Cork panel in the same year was a strange coincidence, but the move was not some sort of scheme that the pair had planned out.

Tompkins had been living in America for two years before moving to Cork and transferring to Castlehaven at club level in 1987. He was soon brought into the Cork panel.

It just so happened that his former Kildare teammate Shea Fahy had also moved to Cork that same year, with the two eventually linking up once again.

Between them, they would go on to win four All-Irelands and 13 Munster titles with their adopted county.

Now well entrenched in Cork hurling circles, John Meyler started his inter-county playing career in his native Wexford. In all, he would play four seasons at senior level before moving down to Munster.

He was called into the Cork panel in 1983 after impressing for St. Finbarr's, going on to win an All-Ireland as a substitute in 1986.

Of course, he would also manage both counties in later years.

Owen Mulligan was one of the most electric forwards in the country for a period in the 00s, winning three All-Ireland titles with Tyrone, as well as an All-Star.

After hanging up his boots at inter-county level, he would later move to London for work. At 35-years old, it wasn't long before he was brought into the London panel in the summer of 2017. 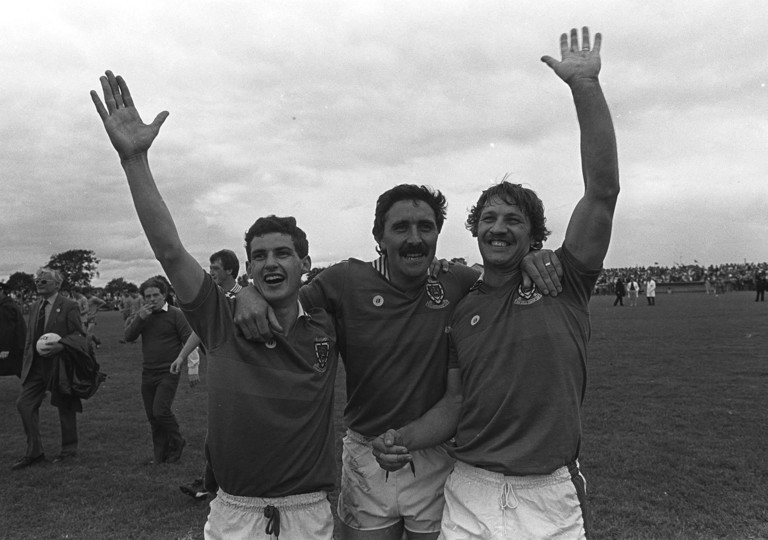 Sean Lowry was a major part of of Offaly's successes in the 70s and 80s, winning three All-Ireland titles and six provincial crowns during a storied career.

His time at inter-county level seemed to be coming to an end as we approached the mid 80s, although there would one final twist in his journey.

It came after he got a job at the Bellacorick power station in North Mayo, moving to the county and playing club football Crossmolina Deel Rovers.

Having had no intention of playing for Mayo, he soon found himself lining out in a Connacht final against Roscommon, who were on the hunt for a fifth consecutive title at that level.

Lowry would help halt that run, adding a Connacht medal to all those he had won on the other side of the River Shannon.

O'Connell was seen a hot young prospect having made a breakthrough for Kerry at the turn of the decade, but his home county would never get the opportunity to benefit from him at his peak.

Having travelled up down between Dublin (where he worked as a teacher) and Kerry for several years, the Abbeydorney club man finally transferred to Cuala in 2015.

He soon became part of the Dublin panel. 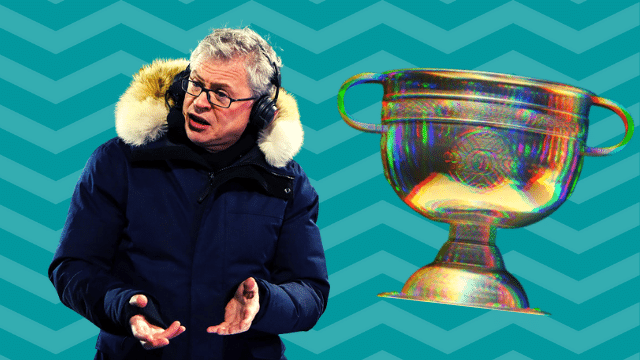