A couple of years ago, I made my long-awaited return to Gaelic football in a what can only be described as the most underwhelming comeback since S Club 7 regrouped as S Club 3. The daily struggles of a mediocre Gaelic footballer are in many ways a slow form of torture. No matter how much you try it just won't go right. You practice 100 handpasses in training but the minute you're in a match situation you couldn't hit a priest with a banjo. You turn to shoot but put it out for a line ball...

Here are just a few examples of the daily trials and tribulations of a hapless footballer.

1. Having to go first in a drill at training

As you walk over to the cone, one lad bends down to tie his laces, another goes running after a loose ball and all of a sudden you find yourself at the front of the queue. The manager starts talking to through the drill:

Then the fifth man passes it back to the third man who gives it to the sixth man and then runs to the end of the second man 's queue.

Then the sixth man gives a diagonal kick-pass to the fourth man who rolls it across to the seventh man who has to pick up the ball and throw it up between the eighth man and the ninth man. Whoever wins it passes it to the first man and then we do the same again. Have ye got that?

After a while I'll throw in a second ball.

Sorry, what was that?

2. Being made mark the fast lad in a training match

It's a joke. No matter how far away you go from him before they line up you still somehow end up having to mark him. All you wanted were a quiet few minutes where you could hide in the corner but no, this bloody hare has to go and give you the run-a-round before you're allowed go home and weep into a bowl of cornflakes before bed.

3. Getting to mark the young lad but him then proceeding to show you up

Of course there's those once in a blue moon occasions when you finally think you've gotten a break as you see you've been left to mark the 16-year-old who's shown up to his first senior session. But just when you thought everything was about to come good, WRONG! He scores 1-5 and knocks you over with a shoulder on more than one occasion.

Ah yes, the desperate musings of a player so void of confidence that he would sell his mother for a point. We were all there at at one time or another but there are those poor souls who have never managed to escape the land of dropped shots, miss-kicks and wide balls.

5. Not knowing if you should warm-up during a match

You're there on the subs' bench as one of the starting players goes down injured. 'Someone warm up' shouts a panicked selector. He surely couldn't mean you, could he? Warm up and many will think 'Where does yon lad think he's off to?', don't warm up and you risk looking like you've no interest at all. It's catch 22!

6. The eternity you have to wait as a kick-out comes towards you

In a moment of madness you called for a kick-out and now the ball is soaring through the air. The 60 yard flight gives you more than enough time to envision all the possible ways in which your attempted catch can go wrong. In fact you're so caught up in the panic that you completely misjudge your run and ball lands about ten yards away.

7. Being put through one-on-one 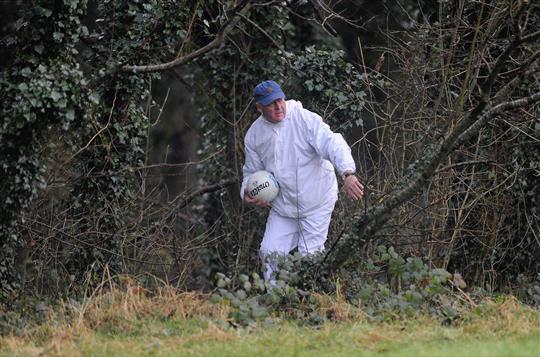 Again, time is the enemy. A mental collapse is now not a possibility, it's a certainty. Should I go for goal? Should I take a point? Should I hold it up and pass it? Oh wait, I've fumbled it and they've turned it over. Never mind.

8. Noticing a small child within half a mile of the pitch as you go to shoot

Try to put it over the bar from 14 yards and you'll miss but catch a glimpse of a youngster walking by as you're about to kick and how hard you try not you're guaranteed to land it right on their head.

9. When the manager points to you to come on in a game

For some reason you've ended up in charge of taking the sideline ball. This is it. It's like sitting the entire Leaving Cert in the space of five seconds. The pressure is just too much to handle. You try to hit it cross field but somehow slice it back out again for a sideline to the other team.

11. Anything in any way related to your weak foot

It's bad enough having to kick with your 'good' foot but as far as the other goes? Tell the folks in the next parish to watch out for a flying object.

12. Being asking 'Were you playing?' by one of your friends

13. Being told you're starting and immediately getting diarrhoea

I WASN'T MENTALLY PREPARED FOR THIS

14. Pretty much the entire trauma of the whole sport

As Chris Pratt's character put it when asked in Moneyball about what part of the game he was struggling with.... 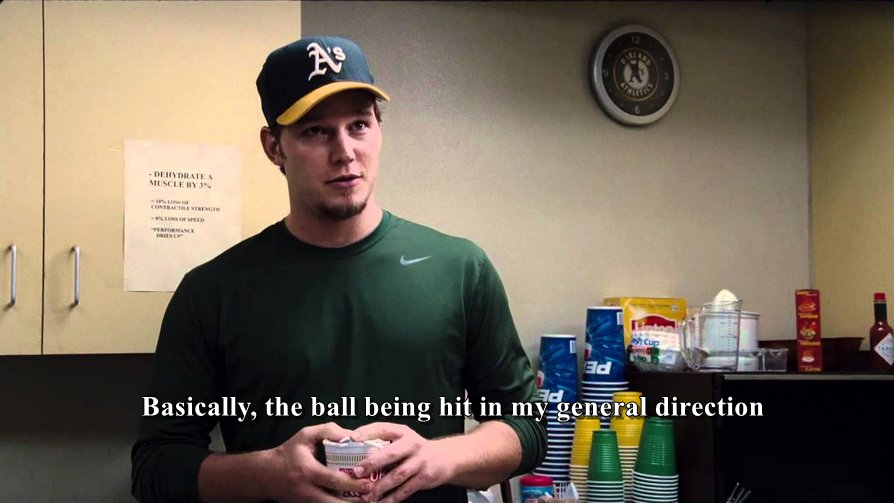 SEE ALSO: A Photo Tribute To The Spartan Beauty Of January GAA 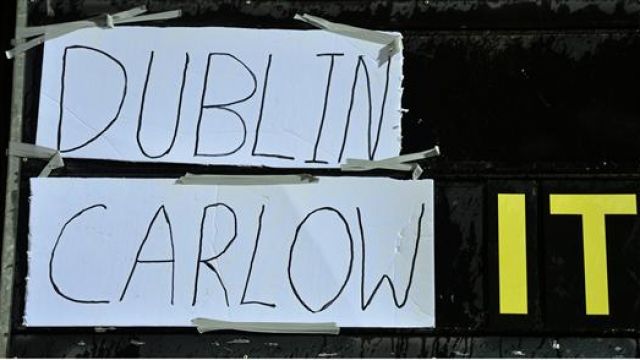