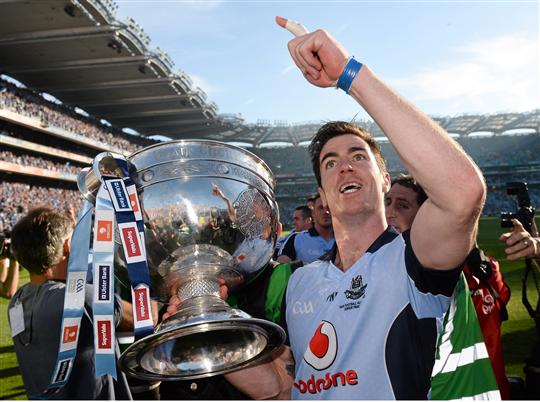 All-Ireland finalists Dublin and Mayo combine for twenty-two nominations in the GAA/GPA All-Star awards, that's just under 50% of the total number of players named.

Ulster champions, Monaghan, are next on the list with six and then Kerry who have five. One of the other nominations of note is London's Lorcan Mulvey.

Dublin and Mayo also dominate the the Footballer of the Year nominations with Stephen Cluxton, Michael Darragh Macauley and Lee Keegan up for the award.

The Young Footballer of the Year nominations are also all about Dublin and Mayo. Jack McCaffrey, Paul Mannion and Cillian O'Connor are those who made the cut.

The winners will be named on November 8th.

GAA
1 year ago
By PJ Browne
76 Classic GAA Cliches
GAA
3 years ago
By Gary Connaughton
'I Think If He Really Wanted To, He Would Have Gone To England'
Previous Next