The Ulster side powered into a three-point lead over the 10 minutes which followed, and maintained that aadvantage until late in the second half.

In the 59th minute, Kerry - who were down to 14 players due to the sending off of Thomas O'Donnell - moved to within a point with a super score from Cian McMahon.

The kickout which followed resulted in what looked as though it was going to be a disastrous moment for Derry. The short kick from the Derry goalkeeper was mishandled by one of their subs, and Kerry's Maurice O'Connell side-footed the ball into an empty net.

The drama was far from over. Derry worked the ball down the pitch, and corner forward Niall O'Donnell had a goal chance which was blocked by Kerry goalkeeper Seán Broderick. Referee Jerome Henry adjudged it had been a foot block from the Kingdom keeper, and awarded a penalty.

Matthew Downey - son of 1993 All-Ireland winning Derry captain Henry Downey - converted the spot kick to put his side ahead by a point.

"We've seen Matthew on the training ground, and I'd always back him to make a penalty," said Man of the Match Mark Doherty.

"Matthew wouldn't be a man to fear a penalty. I was quite confident he'd put that away.

"I struggle to put it into words [what this win means]. 18 months of hard work.

"We were down at half-time, and I was thinking 'Jeez, a good Kerry side up by three, that could be it'. We stuck though it. We've been there before, and know what to do. It's just unbelievable.

"It's a serious lift [to Derry]. People were texting you, clubs themselves were going mad supporting you as much as you could. It's about time we're back up at this stage."

See Also: 'Dublin Got A Soft All-Ireland Last Year. They're On The Decline' 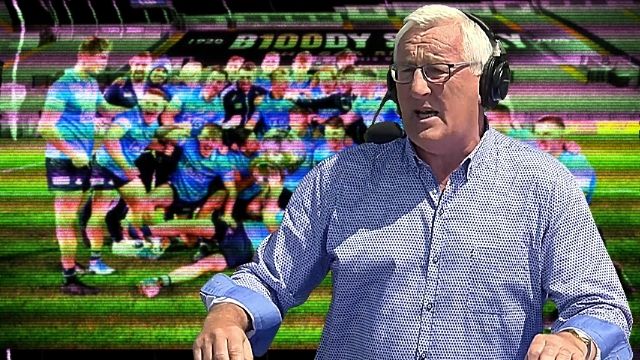