All-Ireland champions Limerick have had 15 players nominated for PwC All-Star hurling awards. In all, nine counties are represented on this year's list.

Limerick dominated the hurling championship this year as the county retained their title with victory over Cork in the final.

In defence, the 18 nominees are from Limerick, Cork, Waterford, Kilkenny, Tipperary and Clare.

Dublin wing forward and captain Danny Sutcliffe and Wexford captain Lee Chin are their counties sole representatives in a star-studded list of 18 forwards.

The full county breakdown for the hurling nominations is Limerick 15, Cork nine, Waterford seven, Kilkenny five, three each for Clare and Tipperary and one each for Dublin, Laois and Wexford.

Will O’Donoghue, Darragh O’Donovan (all Limerick)

The PwC All-Star nominations in football will be released on Friday. The presentation of the PwC All-Star awards will take place on December 10 in a televised ceremony. 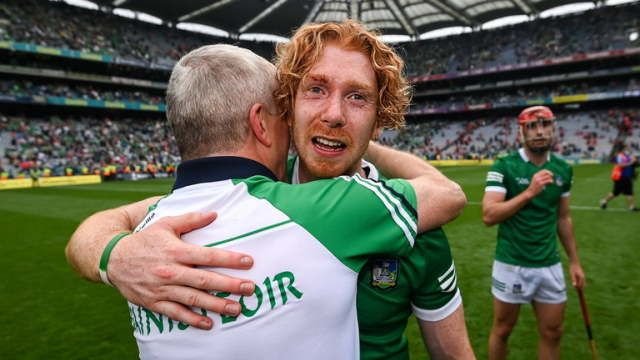