This morning, the PwC Hurling All-Stars for 2019 were announced. On Friday night, at the live event, it will be the turn of the footballers. This year's teams with naturally be teeming with Dublin, Kerry, Tipperary, and Kilkenny players. For some though, an outstanding individual season will be honoured even without the team success.

GAA sports are overtly team games. There can sometimes be a certain awkwardness about individual awards. Often, All-Stars are seen as a nice bonus to a winning season, or a slight consolation if the ultimate job wasn't done. For some though, winning an All-Star is a unique opportunity for a celebration of a career, not for the player himself, but for the people around him, the people who swell with pride to see their local hero receive the biggest honour in the game.

For Johnny Doyle, one of Kildare's greatest ever players, his sole occasion to pick up the award was in 2010 when Kildare came within a kick of a ball of an All-Ireland final. For Doyle, the honour was not so much a personal achievement as a reward for the people in his life who have made his career possible.

Speaking to Balls.ie on the PwC All-Stars Debate alongside three time All-Star Marc Ó Sé and Roscommon manager Anthony Cunningham, the Allenwood legend spoke about what winning his only All-Star in 2010 meant to everyone who worked so hard for the club and community in the small village.

The big thing for me, you know, you talk about it being a team game, and it is. absolutely, and you probably do value it a little bit more when you finish. But for me, they asked me to bring it down to the club one night. It was the only All-Star we had in the club.

I remember in 2000, Ken Doyle, who was a cousin of mine, got nominated, Kildare won a Leinster, and we sure he was going to get it, and he was pipped at the post, and there was fierce disappointment.

But going to the club, and the club was jammed. Like, it was a celebration of all the good work going on in the club. I just happened to be the one bringing it back.

There are a lot of clubs around the country today and tomorrow night who be feeling equal pride in their player's achievement.

Doyle, Ó Sé and Cunningham debated this year's All-Star team for over an hour and there was particular contention in the selection of the forward line.

The PwC All-Stars Debate Football Team of the Year 2019: 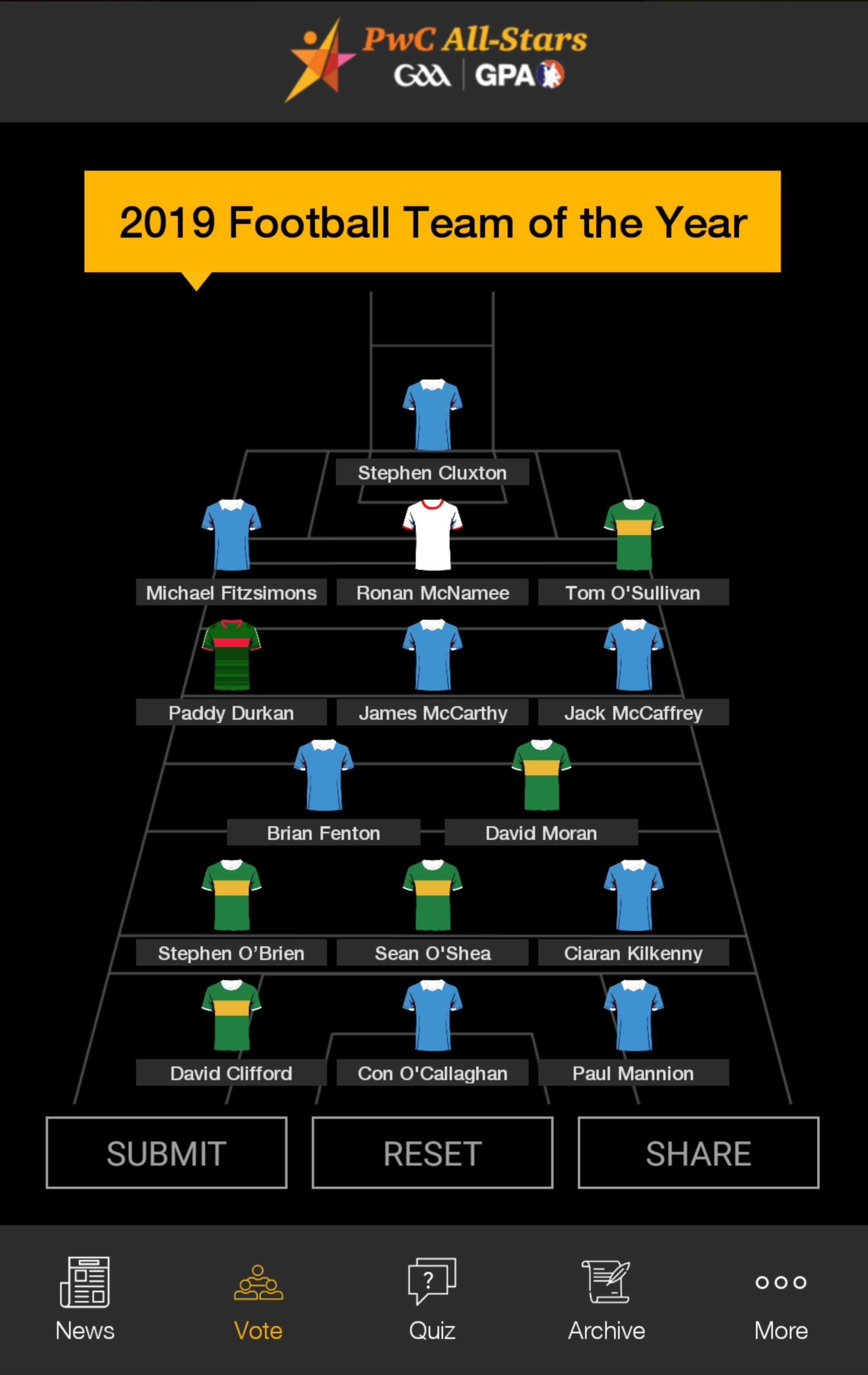 We'll find tomorrow night if the All-Star panel agree with the lads. The PwC All-Stats Football Team of the Year will be announced live at the Awards in Dublin's Convention Centre this Friday, November 1st.

If you agree or disagree with the lads, download the PwC Al-Stars App now and pick team of the year. And if you disagree with this morning's Hurling team, you can pick your own on the App too, as well as voting for the PwC GAA GPA Footballer, Young Footballer, Hurler, and Young Hurler of the Year.