'I Still Don't Know What I Was Doing To Be Honest. I Barely Flicked It'

Where does it rank in the pantheon of great Croke Park goals?

It's a subjective debate, albeit a fascinating one. The vision Aaron Gillane exuded to amble into the path of Tom Morrissey's piercing puck through, before providing the most delicate of touches to help the sliotar on its way. Stephen O'Keeffe did everything right and was still flummoxed. Pure sauce, as it was referred to in this parish at the time.

Immediately, the debate began - as it inevitably always does.

Jimmy Barry-Murphy's eerily similar moment of ingenuity in 1983 means Limerick's sharp-shooter is already in illustrious company. Has anyone ever witnessed Barry-Murphy and Gillane in the same room? Reincarnation may be a little far-fetched for some; but this is JBM, a character that has produced performances worthy of biblical footnotes in his time. Just saying.

Speaking in Croke Park yesterday, the Patrickswell man was cautious not to blow his own trumpet too loudly, especially when being compared to one of the prophets of the game:

I've seen a few clips of his goal across Twitter alright but I'd say his one just pips mine now.

I still don't know what I was doing to be honest. I barely flicked it, it was just pure luck I'd say. Sure you're not going to know if you can do these things unless you try it and no better place to try it than in Croke Park.

The league, and indeed the goal, have now been parked with the spotlight of summer beckoning. The inevitable issue of staleness, coming off the back of a first All-Ireland title since 1973, always permeates public dialogue though it shouldn't have an overly significant bearing on the Treaty men, especially considering the freshness in their camp. 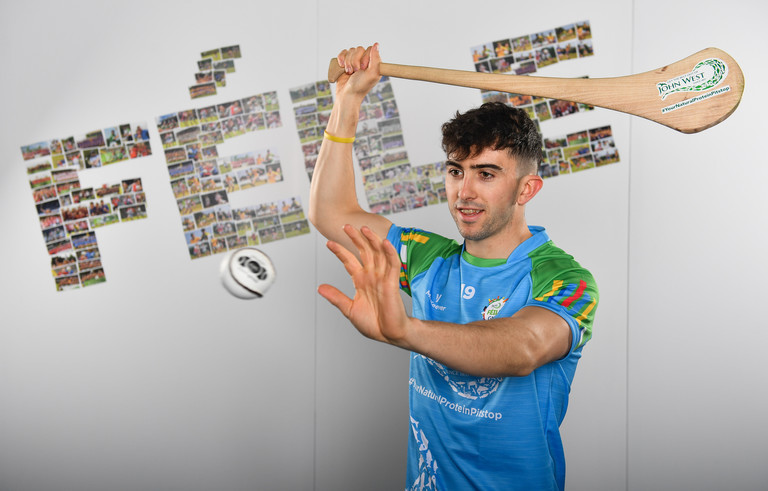 But while additions like Tony Óg Regan in the dugout and Paul Browne on the pitch is something to be excited about, there's no doubting the impact Caroline Currid had in delivering this particular bunch of young Limerick men to the Promised Land.

It's great to have Browney back; he's always around the place as well. He's just a very good guy. He gets on with everyone.

Even last year, he got that horrible injury, he could have very easily went away and felt sorry for himself but, no, he stayed around. He was at every single training [session] just driving fellas on, doing what he could do.

He's around for so long now; he must be there nearly 10 years. Last year was probably my second year on the senior panel so coming into the semi-final and final, he was great just to have a chat with, to kind of relax you.

Caroline deserves all the credit that she can get. She was great to all of us, individually and as a team. She definitely played a huge part in us winning last year. She kept us focussed going into the final, especially as she's been there before with Tipperary, Tyrone and Dublin. I don't think we would have got to Croke Park last year if it wasn't for her.

I was talking to her there a few weeks ago on the phone. It doesn't even have to be about hurling. It's just nice to talk to her. You forge a good relationship with someone; you don't want to just let it end when they move on to a different team. It's nice to stay in contact.

The impacts of the latest additions, and Limerick's wherewithal in 2019, will only come to light in the savage tropics of the Munster championship. That's the simple reality.

There may have been wild celebrations in the southwest last autumn, but given how short careers can be the student is keen to "make hay while the sun shines."

I think about eight or nine won [Munster medals] in 2013. But that team was six years ago now and we're looking to drive on. We can't even afford to look past our first match on May 19 against Cork, and if we do that we haven't a hope of winning a Munster.

Obviously, it would be great to win a Munster but our focus is firmly on beating Cork at the moment.

Once you're in competitions, you want to win as much as you can.

Especially when you're in our panel you want to be making the most of it. [The league] is good to give us a bit of confidence, but at the end of the day it's the league. Sure what good is it if you get knocked out of Munster.

There's always a few surprises. There's always teams in Munster that will surprise people and could go all the way to the All-Ireland final. And some teams people will tip to get out of Munster are going to get knocked out.

Nevertheless, 2019, so far, has been kind to Gillane: a league title, a Man of the Match award in the final and a Rising Star award for his performances in the Fitzgibbon Cup. 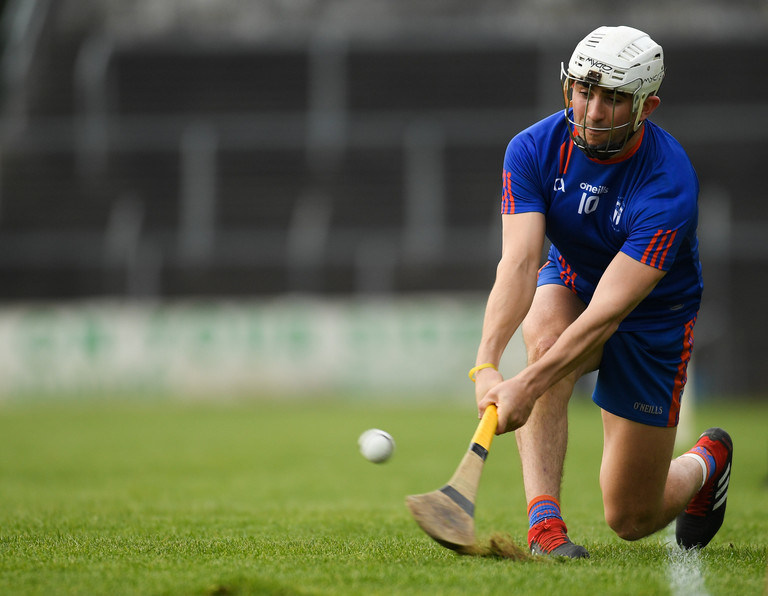 The third-level competition's equivalent to an All-Star award was the perfect end to life in Mary Immaculate College and though the option of doing a masters degree elsewhere opens up the possibility of more Fitzgibbon action for the Limerick ace, his unbinding loyalty to the teacher-training college means he's prepared to close the book on his third-level playing career.

For myself, it was a nice way to finish up in Mary I. Mary I has been good to me. The competition obviously means a lot to me. I was going to go and do a Masters somewhere but I just couldn't see myself playing against Mary I.

It would be like playing against Patrickswell and it wouldn't be worth it.

SEE ALSO: New York 'Will Be No Holiday' Says Lee Keegan Ahead Of Championship

GAA
9 months ago
By Dylan Ryan
The Speed Round - It's The Final Round Of The #SDSkillset Hurling Challenge
GAA
1 year ago
By Maurice Brosnan
The Remarkable Players' Transformation At The Heart Of Limerick's Success
GAA
1 year ago
By Aaron Strain
Watch: Aaron Gillane's Cheeky League Final Goal Is Pure Sauce
Popular on Balls
The Rewind
43 minutes ago
By Gary Connaughton
Lidl Will Have Electric Scooters Available In Store Next Week
Football
57 minutes ago
By Sean Meehan
Here Are 5 Stats That Showcase Just How Unbelievable Gianluigi Buffon's Career Has Been
1