Pundits Split On If Aaron Gillane Should Have Seen Red

56 minutes into Limerick's Munster Hurling Championship victory over Tipperary on Sunday, referee Liam Gordon had a major decision to make. Aaron Gillane had just pulled across Ronan Maher, leaving the Tipperary centre-back on the ground in pain.

Gordon showed Gillane a yellow card, much to the annoyance of the Tipperary players and supporters. Limerick, who would go on to win the game by seven points, trailed Tipp by one at that stage.

Gillane initially had two hands on the hurley as he pulled, but took one off as he swung towards the ball. "Liam Gordon decides it's a yellow, I honestly think that was no more than that," was Anthony Daly's immediate reaction on commentary for RTÉ. 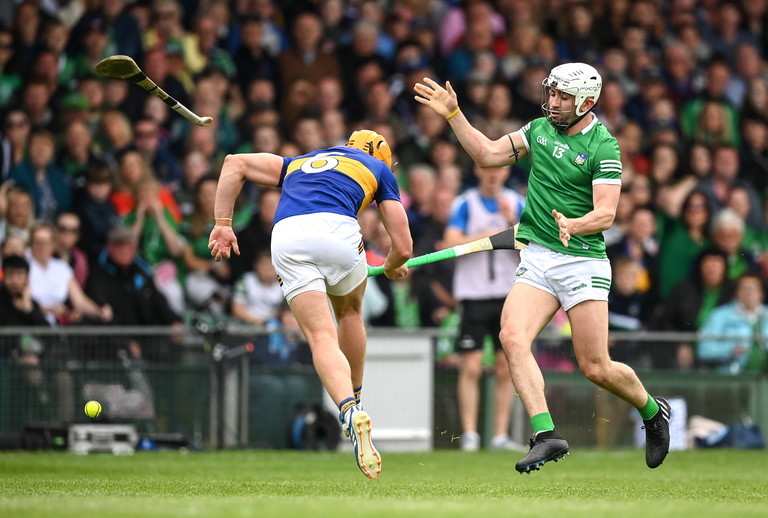 8 May 2022; Aaron Gillane of Limerick in action against Ronan Maher of Tipperary during the Munster GAA Hurling Senior Championship Round 3 match between Limerick and Tipperary at TUS Gaelic Grounds in Limerick. Photo by Stephen McCarthy/Sportsfile

Aaron Gillane 'went in with intent'

"I understand that people believe it to be a 50-50 decision but the main problem I have with his foul was that he was pulling in the direction away from the Tipperary goal initially with two hands on the hurl. He went in with intent," said Gavin.

On The Sunday Game, both Jackie Tyrrell and Davy Fitzgerald agreed that a yellow card was the right decision.

"I'd agree with [the yellow card]," said Tyrrell.

"I think his intent was on the ball, his eyes were on the ball. He went with two hands, and at the last minute he let go and went with one hand. It looked reckless but when you slow it down, and see a replay, I actually think a yellow card was the right call."

Gillane, who scored 2-5 for Limerick on Sunday, hit 1-1 after being shown the yellow card as his side dominated the final 10 minutes. 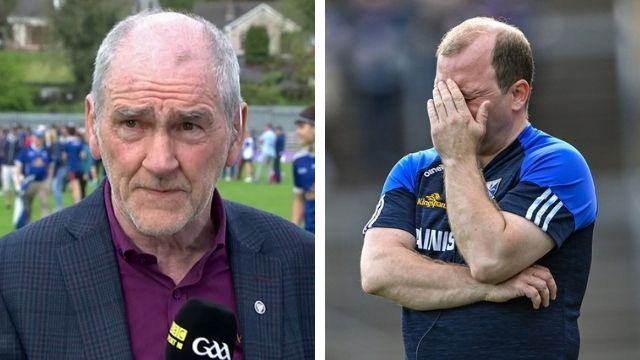