'It's An Absolute Disgrace The Way Aidan O'Shea Is Getting Treated'

Sunday's Division one clash between Galway and Mayo finished 1-13 to 0-11 as Galway continued their good form over their rivals in the west.

The game was an ill-tempered and hostile affair which included three red cards and numerous flashpoints. Paul Conroy and the O'Connor brothers were all dismissed. It sets up the Championship opener between the pair next May quite nicely.

At the centre of several flashpoints was Aidan O'Shea. 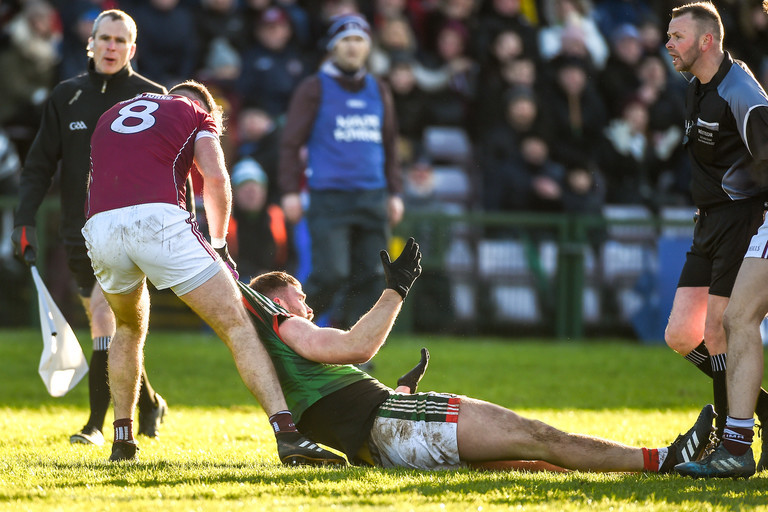 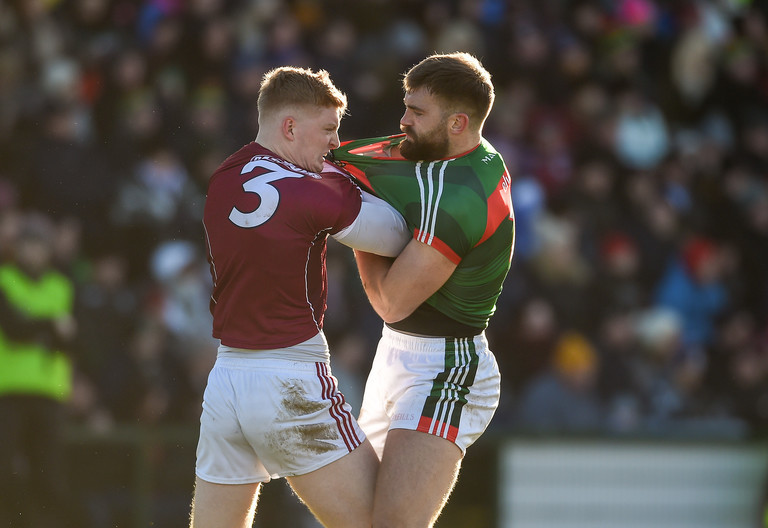 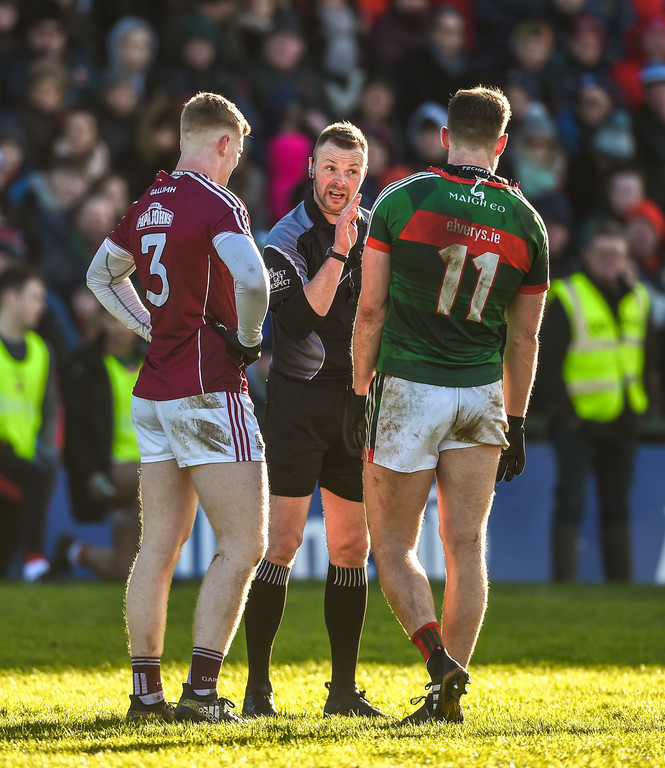 Speaking on Off the Ball tonight, former Mayo footballer David Brady feels O'Shea is being poorly treated on a consistent basis.

I think it is an absolute disgrace the way Aidan O'Shea is getting treated. I'm taking him as a player, every single game. Now, what Cillian did was wrong. You know what, he needs to learn from it. But every single game, you watch it, you see it. He is being pulled, dragged and battered. You know what, if I was an opposition manager I'd be nearly saying 'you know what boys, go at him again he is on a yellow.' He was on a yellow yesterday when there were two Galway players booked, they went at him for one reason only, to get him sent off.

You can't read much into football in February but the two major flashpoints indicate the bite has returned to this rivalry. As for Brady's point, he is not the first Mayo man to make this argument as former manager Noel Connelly also called on referees to protect O'Shea more in 2015.

You can listen to Brady in full here.

GAA
1 year ago
By Maurice Brosnan
What David Moran Did Off And On The Ball Against O'Shea And Kerry's Key Man In Mayo Victory
GAA
1 year ago
By Maurice Brosnan
Mayo Injury Crisis Deepens As Doubts Emerge For Key Players Ahead Of Galway Clash
GAA
2 years ago
By PJ Browne
'It’d Be Lovely To Be Able To Bring The Moclair Cup Up To His Grave'
Popular on Balls
Football
12 hours ago
By Eoin Harrington
'I Think It All Started With Roy Losing His Temper!' - Vieira, Keane And Neville On Highbury Tunnel Incident
Football
18 hours ago
By Michael McCarthy
Marko Arnautovic Gets One Game Ban - Is It A Cop Out?
Football
20 hours ago
By Donny Mahoney
VAR At The Euros Has Proven How Poor Premier League Refereeing Is
Athletics
22 hours ago
By Michael McCarthy
Don't You Just Hate When You Eat A Burrito And Test Positive For Steroids