The expansion into Poland was planned but the business from Bulgaria, Hungary and Slovenia surprised Rory McGauran.

Along with working for a fintech company, and being Head of Performance Analysis for the Galway hurlers, McGauran is Head of Operations for Actimet.

It's an Irish startup which created an athlete performance monitoring system being used by sports teams around the world.

"I think it's word of mouth that has clubs from other countries signing up. Coaches would be on forums and talking about it," McGauran tells Balls.ie.

McGauran joined the Galway hurling backroom team in 2016 as maor camán under Micheál Donoghue and it's there that Actimet was born.

"He was taking a lot of information from players about their perception of training and their readiness or wellness to play," explains McGauran.

"He was doing that via Google Sheets. He was using this information to help with their performance level and taking a proactive approach towards injury.

"There's a lot of research that's shown a player's perception of how intense their training was - what's called their RPE (rate of perceived exertion) - impacts their ability to improve their fitness and performance, and also, potentially, injury.

"The likelihood of injury increases dramatically if you spike well above your RPE for any given week. Over the next 10 - 12 [days], you have a [greater] chance of getting injured.

"He was judging players off that, how hard he would train them. If somebody was coming back from injury, the physio and he would be looking at it, and they'd be gradually bringing them back. They'd draw them out of training with 15 - 20 minutes to go.

"He was doing that manually. I work in IT for a fintech company called Planet, an Irish company in Galway. I brought in a developer with me, a South African guy named Edward Kaschula. The three of us got together. The two guys designed Actimet. We started the company. Edward built the app and he learned the language in about a week to build the web portal which coaches use."

The part of the platform which has proved most popular has been that which monitors a player's wellness. It gives them a chance to inform coaches about their lives beyond the training pitch. Originally, it was just an add-on, but now it's driving adoption.

"It's giving players an avenue to give a shout for help. It's brilliant for building that trust between management and player," says McGauran.

"We trialled it with Corofin in the winter of 2018, the year they won the All-Ireland. Then we got Galway on it. After Corofin won the All-Ireland, their management spoke about Actimet, and the help it gave them judging that training over the winter as to where lads were with their fitness.

"On the wellness side, they were finding that lads were highlighting issues at work or at home. They might be stressed or might not be sleeping much for whatever reason; it could be work, it could be a baby, it could be college.

"When they were checking in with these guys, they were finding real appreciation for it. The players really appreciated that individual attention. Actimet was allowing them to share this information privately and securely. For the managers, it's a conversation starter.

"It's difficult for a player 10 minutes before a training session or match to walk up to a coach and tell them, 'I'm tired'. You're in a different environment when you get to the dressing room. Teams are getting players to log their wellness at lunchtime on the day of training and then the physio, nutritionist or whatever can see the traffic light system. There's a big red for fatigue."

The trio of founders have funded Actimet's development themselves. They were down to the last round for an Enterprise Ireland grant but didn't get it as they had no associations - like the FAI or GAA - onboard. Overall, it was a positive experience which helped them get the business in order.

As Kirszenstein is Polish, and he has sporting contacts in his native country, their first move outside of Ireland being there made sense. Seven Ekstraklasa teams - that's the top tier of football in Poland - along with Polish basketball, handball, and college teams are now using Actimet.

A core principle in its evolution has been simplicity. If it takes more than three clicks to reach a feature of the app, it doesn't get in. That has proved attractive for teams: The less time it takes for a player to do something, the more likely they are to do it.

"Even though you'd expect that a professional footballer would spend the two minutes putting in the information, they seem not to," McGauran says.

"If they only put it once or twice a week, they're not getting enough data to work with.

Their prices have also appealed to clubs. It's €450 a year, or €50 per month if teams want to trial it. That compares well to competitors whose bill could be triple Actimet's. 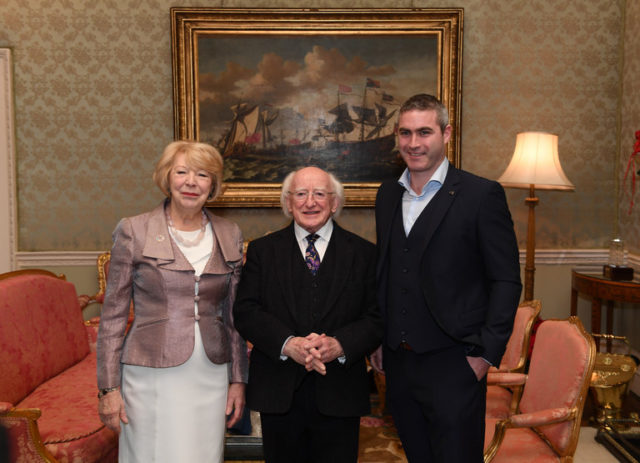 8 December 2017; Galway's Rory McGauran is welcomed by the President of Ireland Michael D Higgins and his wife Sabina during the All-Ireland senior and minor hurling champions' visit to Áras an Uachtaráin in Phoenix Park, Dublin. Photo by Stephen McCarthy/Sportsfile

Once they reach three millions row of entered data, McGauran says they may have enough information to add a predictive element to Actimet. Based on previous situations, the platform could flag players in danger of being injured.

That's one step forward. Another will be the appointment of managers in countries around the world, helping them to earn deals with associations and universities.

"We're in talks with the likes of Illinois Youth Soccer," says McGauran.

"The Polish Women's Federation were in touch about using it with their teams and clubs. Spurs' women's team found it online. They use it, and like it - that's a good sign.

"We've talked to a good few IRFU contacts and they're very interested. A lot is on hold for them because of the pandemic.

"Right now, we're bringing value to clubs in Ireland and they're really happy with it. It's doing some good. It's not something we need to be selling. Clubs are coming to us because it's affordable and it's helping them with their duty of care for players.

"I get messages from managers and coaches every now and then, and they're saying 'This is brilliant. Thanks very much. I've discovered a lot of things about my own training'."

You can find out more at Actimet.com. 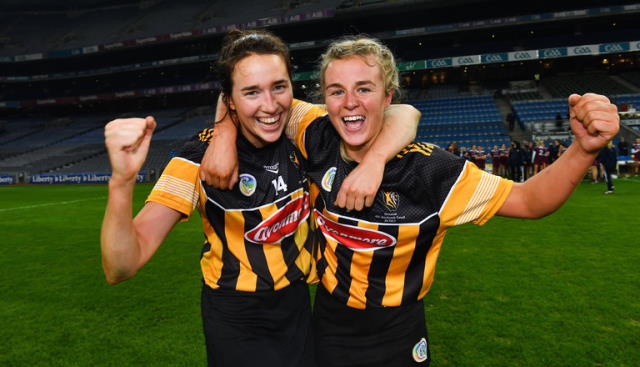 GAA
15 hours ago
By PJ Browne
Massive Frustration In Ladies Football Over Rule 'Spoiling The Game'
GAA
21 hours ago
By PJ Browne
'I Made My Debut Vs London In 2011, A Dark Day For Fermanagh Football'
GAA
1 day ago
By Luke Delaney
Jackie Tyrrell Baffled By Brian Cody Selection Decision In Wexford Defeat
Previous Next