'They Used To Throw Me Around The Place!' - How Family Helped Forge Adrian Mullen

Adrian Mullen's first score in an All-Ireland semi-final was from the sideline under the Hogan Stand. In many ways, it epitomised Kilkenny's attitude all afternoon. An all-encompassing swarm of bodies thundering into the tackle to get things started followed by a sensational piece of skill to get things done.

The 19-year-old is in the midst of a remarkable breakthrough season in Brian Cody's seniors. Not that it has been that easy, the physical toll from Saturday's clash lingers still as he reflects on it a few days later.

It takes a few days for the body to recover," the Ballyhale man explains. "It was obviously a really tough game, the intensity was something that I probably haven't been involved in before. It does take its toll, but I'm recovering for the weekend ahead."

The weekend ahead brings a U20 semi-final against Cork. He'll hope for similar heroics then too, after finishing with 0-4 last weekend. That first finish was particularly pleasing, given it came on his weaker side.

"I'm left-sided. That's my weaker side, I did work an awful lot as a young lad to hit off both sides."

Fair play to John Donnelly, I think he hit him a good shot before it and that knocked him back a few yards. Credit to the lads they all worked their socks off all around the pitch and thankfully we got our rewards for it.

While his debut championship season has been superb it should not be surprising. Mullen hails from the Fennelly clan, with first cousins Michael and Colin reliable confidants throughout childhood.

"Yeah, I suppose Michael and Colin have been very good to me. Michael always gives advice and it's good to have them there through the good and bad times.

"It's just good to learn from them and see how they do things and then try to copy them." 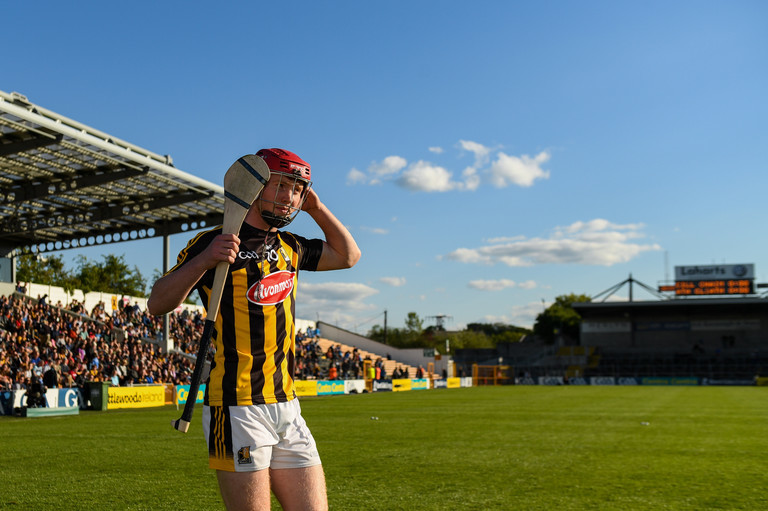 Brian Cody is a cousin as well, although he's not sure how close. On top of that, he grew up with four brothers, three of whom were older. Saturday's physicality pales in comparison: "They used to throw me around the place alright in the games out the back. They were fairly tough. We used to beat lumps out of each other!"

Then there are his coaches. A holy trinity of Brian Cody at senior, DJ Carey at U20 and Henry Shefflin at club level. He's three games away from securing an All-Ireland medal with every one of them.

Learning from past greats in order to eventually become one.

They know what they're talking about and they're obviously great lads to learn from. That's all you can do, learn from them because they've been through it all.

SEE ALSO: 'You Would Be Living Under A Stone If You Weren’t' - Canning Clarifies Hurling's Progression

Hurling
1 year ago
By Michael McCarthy
Quiz: Do You Remember The 2019 Intercounty Football And Hurling Championships?
GAA
2 years ago
By Balls Team
The Balls.ie Selection For The Hurling PwC All-Stars
GAA
2 years ago
By Mark Farrelly
Nominations For PwC Hurling All-Stars And Player Of The Year Revealed
Popular on Balls
Football
1 day ago
By Jonathan Byrne
Report: Festy Ebosele Attracting Interest From Bundesliga And Serie A
Football
8 hours ago
By PJ Browne
'If He Continues With Performances And Goals Like That, Stephen Kenny Will See It'
GAA
2 days ago
By PJ Browne
Army Gave Sue Ramsbottom No Time To Drown Sorrows After Laois All-Ireland Loss
Football
1 day ago
By Jonathan Byrne
Peter Crouch's Stories of Being David Ginola's Bootboy Are Comedy Gold