Back in October, we teamed up with AIB to gather moments that captured the GAA season of 2020. AIB and the GAA's official photographers, Sportsfile, collaborated to create a unique picture book, titled 'The Toughest Season'.

We put out a call for members of Gaelic Games communities around the country to contribute by sending in their own photos for possible inclusion in the book. Without games for a large part of the season, the Gaelic Games community showed that they are not just about games, but support for their communities, and this showed in some the brilliant photos that were entered. All photos submitted were entered into a competition, with the chosen picture winning a €1,000 O'Neills voucher for the entrant's club, with two runners up both receiving a €500 O'Neills voucher.

We were absolutely blown away by the response of the GAA community. You sent your photos in your droves. After meticulously going through hundreds of entries, here are the three finalists; 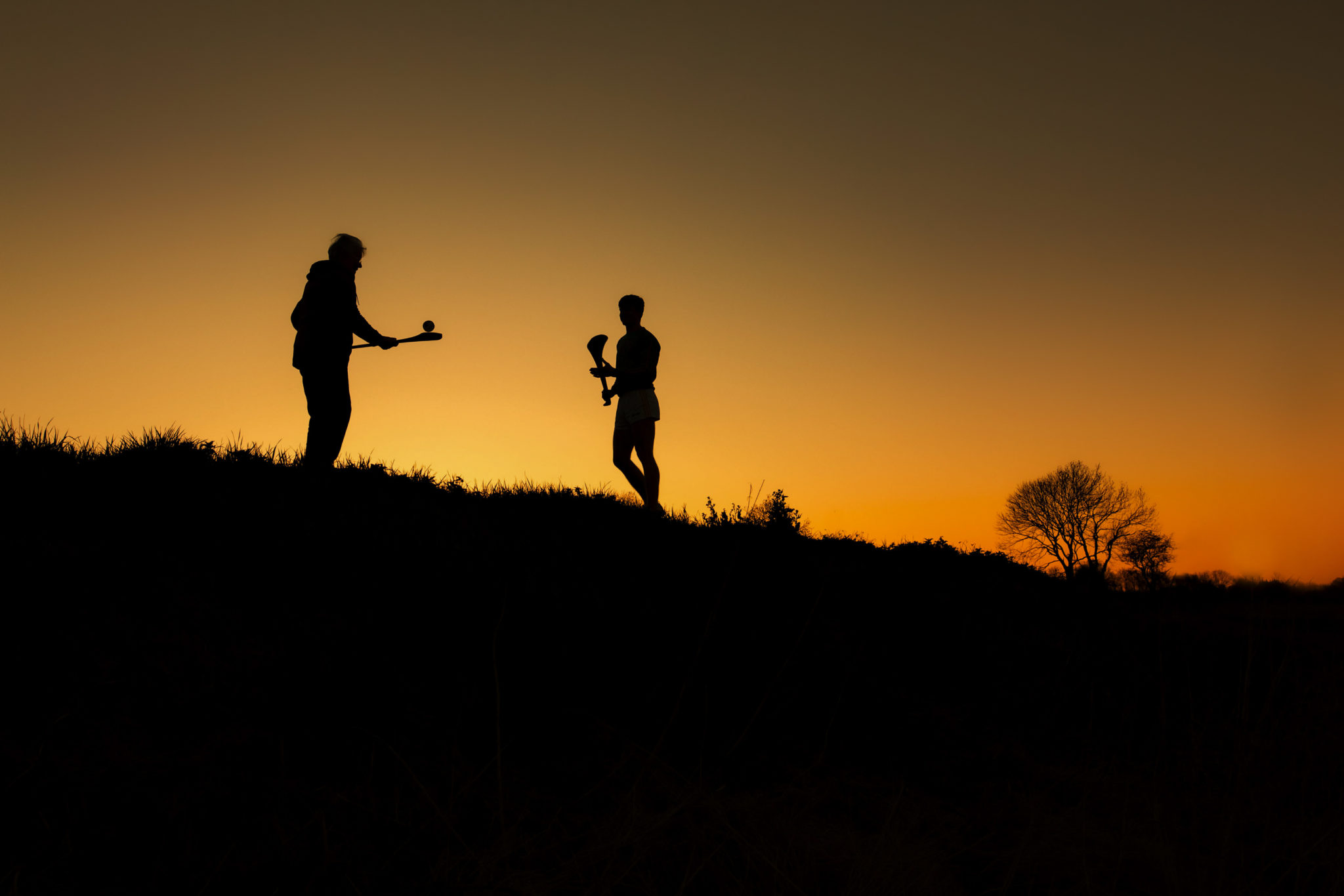 A striking sunset captured by Angela Cunning from Dunloy GAC in County Antrim. A clear outline shows son, Conal, pucking a sliotar with his eighty three year old grandmother, Eilish. There is a strong hurling pedigree in the Cunning household, with Conal representing his county, while Eilish is an All Ireland camogie medal holder.

Angela didn't have to go too far to get the perfect picture, with the setting located just behind their house in the Saffron county. 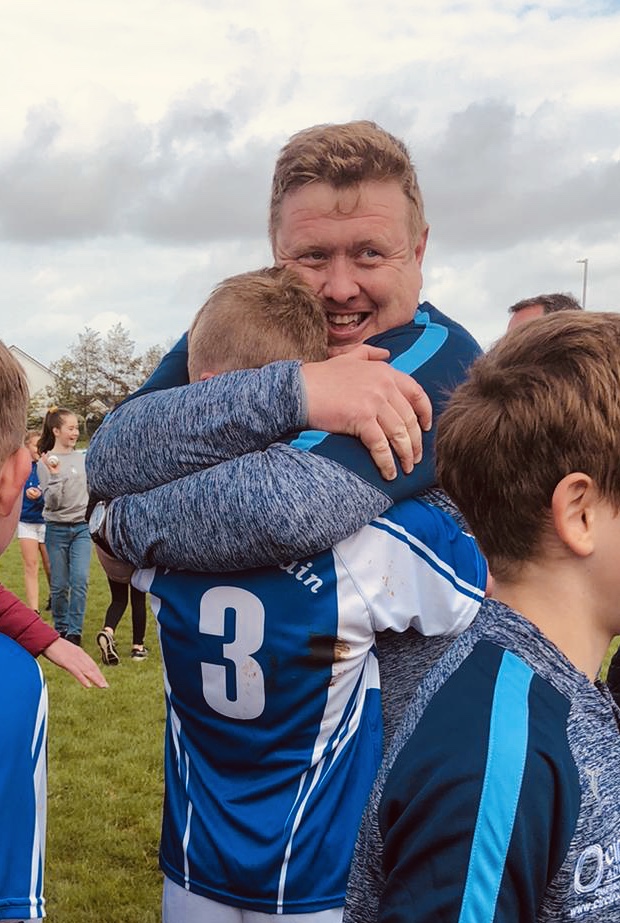 A beautiful father and son moment, captured by mum Emma, as dad Jonathan Corbett embraces his son Rian after the Ardrahan U12 team won the county final in extra time. Often, words can't always describe emotions, but pictures can. A lovely moment for the Corbett family that they can look back on for many years to come. No doubt this one will earn a place on the mantelpiece. 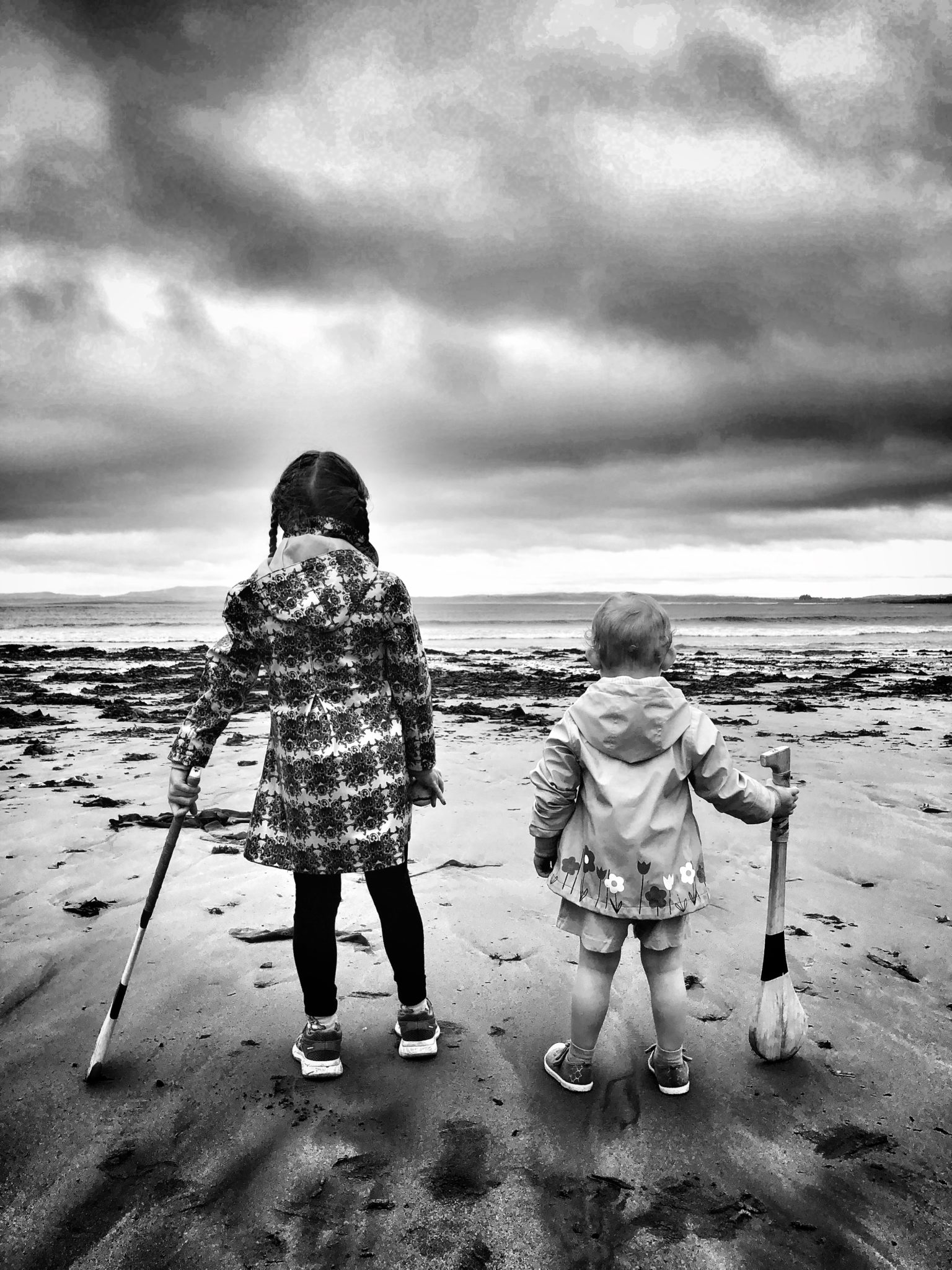 Congrats to Lisa from County Clare who is the overall winner, and wins a €1,000 O'Neills voucher for her club Kilkee/Bealaha Camogie. The photo was taken during the first lockdown on a dreary day in the Banner. The photo is a nice metaphor for the year itself. No matter how grey and overcast, the GAA offers an escape from the gloom.

"We are lucky enough to live quite close to a beach. So that is where my little girl practiced her camogie. It was a lonely time but I know all teams will be back together again soon, and the whole GAA scene will be appreciated a whole lot more", explained Lisa.

The special edition photo book will be published soon combining the best of pictures submitted by the public with some of those taken by Sportsfile, between January and 23 October. The proceeds of the book will go to AIB Together’s partner charities, Pieta House, Food Cloud, Soar, Alone and Age NI.