'Jesus, If I Lived My Career In Fear Of Not Winning Anything, I’d Be In Serious Bother'

Few banquets have had to confront famine quite as often as Mayo's after an All-Ireland final.

At the most recent enactment, Stephen Rochford urged Mayo supporters to corral around their players, to "make this winter as short as possible".

Now home from the International Rules series, Aidan O'Shea must confront the vestiges of a winter that will serve to incubate further that manic, Mayo longing.

Perhaps understandably, he finds his mind wandering to that haggard afternoon in September. "I’ve watched the game back", O'Shea tells Balls, "and you’re thinking, ‘I could have done this, I could have done that’. When you lose a game by a point, you analyse every single possession, pass, and every little thing that went wrong. But we probably have to sit up and say we played well that day, but we came up against a really good team that played really well. We achieved many of the targets we set ourselves that day, but we lost momentum right at the very critical period".

And thus it has been for Mayo for generations. This one has been particularly cruel in defacing optimism with despair. For the fourth time, O'Shea has been shovelled defeat in an All-Ireland final. How he responds is evolving.

Unfortunately, I have a bit of experience of this. Previously, I would dwell on it a lot, whereas now I’m more mature and understand that I can’t change anything that happened in that game. It was gut-wrenching to lose that final, but it’s done. 2017 is done. I can’t change it.

2017 also forced O'Shea to mature and re-examine his relationship with football. Off the field, his local club Breaffy was twice hit with tragedy. In May, 12-year-old Faye Lavin, who had played under-14 football with Breaffy, died tragically and just a month later, David Gavin was reported missing in Canada. His body has still not been recovered, and Canadian police have stood down the search until the new year.

O'Shea played football alongside Gavin growing up, and dedicated a Division 1A title won in October to his and Faye Lavin's memory. It has been a few months from which to divine the true meaning of the sport.

We were hit with two tragedies at the club this year. Unfortunately, tragedy hits a lot of the corners of the world, but David, I would have grown up with him. It was devastating, and it put everything into perspective.

For me, it was a case of going to play the game and enjoy it. I’ve seen the devastation, and it’s shocking. For us in Breaffy, winning is nice, but for us, it’s about getting round each other, and supporting each other through difficult times. That’s what the GAA is about. You can win and you can lose, but the fact we are a community and a club, and it’s important that it is the ethos, that we are all there for each other.

Which pales further into insignificance the off-field criticism O'Shea has faced this year. Fergus Connolly, Pat Holmes, and Noel Connelly all chastised O'Shea for his media profile, while Bernard Flynn took exception to O'Shea's taking selfies with young fans after a challenge match in Mullingar, supposedly evident of some kind of selfish individualism. It echoed the thrust of the other criticisms, too, all of whom found fault with O'Shea's interest in taking part in the Toughest Trade TV show.

Does he feel that he is an unfair lightning rod for this flak?

Look, some of the stuff…I find it funny that it gets so much traction. I don’t understand why it does, and why people publish some of the stuff. I don’t know what it is. I guess there is probably a player on every team that people like to latch onto in terms of criticism. I’ve grown to be aware of it and accept it at this stage.

Is he critical of the media for reporting on such frivolities?

No, I understand [why they do it]. But in the age of social media, for somebody taking a picture with a kid…maybe it’s for them to stay relevant or something, I’m not quite sure. I found it baffling that it got such traction for such a long period of time, it wasn’t just one day, it was nearly ten days in a row, so it’s funny how it works out, sometimes.

O'Shea maintained a silence on Flynn's comments for weeks, but is it difficult to resist the lure of a swift, unmediated response on Twitter or Instagram?

Maybe in some cases, but not for anything like that. That’s self-explanatory, it doesn’t need me to explain why it’s nonsense. My Dad played with Mullingar Shamrocks, he won two county championships with them, I was born in Mullingar, and my Dad still has connections with the club. So for me to meet kids, whose Dads my Dad would have played with, and for me to take a picture with them would say an awful lot about me as a fella.

The Flynn comments evidently rankle, however. "This year it was constant. So I just turned everything off and there were other things going on in life, so Bernard Flynn worrying about me taking selfies was not going to be something that was important this summer, let’s just put it that way".

This winter will bring, as ever, a renewed focus on the summer, as Mayo will soon prepare once again to tussle with Dublin, Kerry, and their own history in pursuit of an All-Ireland. Absent from the return to the breach for the first time, however, will be Alan Dillon, who called time on his career earlier today.

I'm sad to see him go, really. I’ve transitioned from being a big fan, looking up to him growing up. His club is next-door to our own club, and he would have presented medals to me growing up. To go from that to sitting beside him in the dressing room, to becoming very good friends with him over the last seven or eight years. It’s strange to see him go. He’s been a class footballer for Mayo, one of our best. So smart on the ball; he always seemed to have time on the ball.

Dillon is the latest Mayo legend to retire without The Medal. Does O'Shea fear that his career could end the same way?

I don’t think it’s something you can fear. No, Jesus, if I lived my career in fear of not winning anything, I’d be in serious bother. I live in the hope that I’m part of a really good squad at the moment. It’s competitive against any team, and we’ve put ourselves in some great positions.

I don’t think Alan lived in fear. It was the opposite, he had the same desire and belief that we would do it. It’s hugely unfortunate that we didn’t get over the line for him and for everybody else but I won’t be living in fear of it not happening. If you do that, you’ll never get over the line.

O'Shea is learning that Mayo's faith is the most important of the unimportant things. 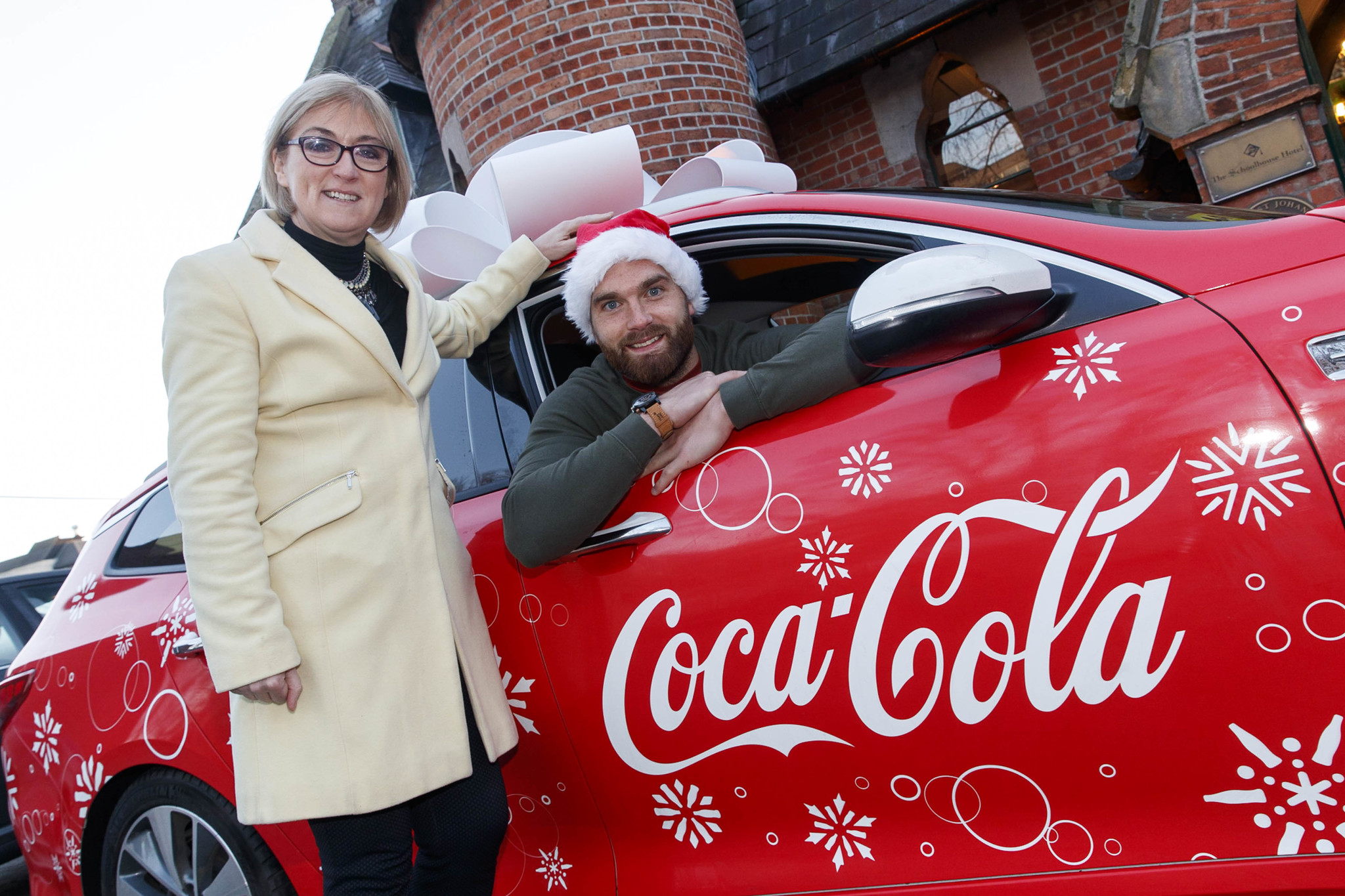 Aidan O'Shea was speaking to Balls at the launch of Coca-Cola's Designated Driver campaign.
Coca-Cola is proud to support Irish road safety by rewarding Designated Drivers who give the Gift of a Lift with two FREE drinks from Coca-Cola. Designated drivers are encouraged to claim their Coca-Cola Designated Driver vouchers for two free soft drinks at participating outlets via Free Text or on www.designateddriver.ie.