Rapparees won their first Wexford hurling crown since 1978 on Sunday with a 16-point victory over St Anne's.

The Rapps hit six goals, three in the first half, and three in the second, as they cruised to victory. The game was the club's first Wexford SHC final since 2001.

"We're after creating a good culture among the lads. We've had some success in the football, we've had success in other sports in the last few years.

"We just knew that if we put the shoulder to the wheel this year, work with the management team, work for each other, that we'd get our dividends. There was a massive team effort today - from one to 20. The lads that came in saw us over the line."

The club, known as Starlights in the Wexford Senior Football Championship, won that title last year. Tobin said that experience of big finals served him and his teammates well.

"We weren't fazed at all," said Tobin.

"There was a very relaxed atmosphere within the camp all week. There was a great atmosphere around the town, but we weren't getting caught up in that. The next few days, we'll definitely be soaking it in a bit more.

"You can hear it from the crowd there, and throughout the game, a lot of people have been through tough times over the last few years. We were just hoping that we played our part in lifting spirits. We'll celebrate for the week, and hopefully, it'll give a big lift to the town."

See Also: Alison Curtis On The Many Benefits Of Gaelic4Mothers&Others 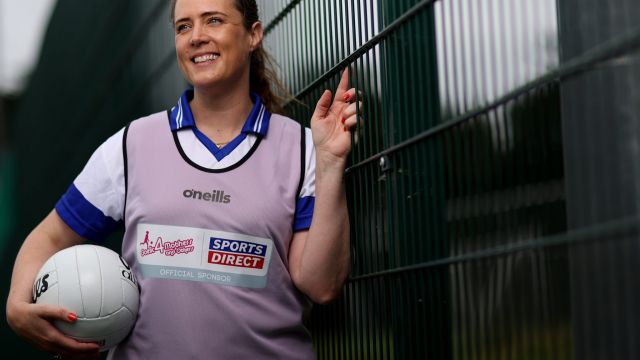