The Fergie RTÉ Interview That Got Graham Geraghty An Arsenal Trial

Playing at right half-back in the 1994 Leinster final, a 21-year-old Graham Geraghty scored 1-2 in a match Dublin won by a point.

A guest at Croke Park on that July day was Alex Ferguson. The Manchester United manager spoke to Ger Canning on RTÉ after the game and remarked that Geraghty, along with Tommy Dowd (for his aggression) and Jack Sheedy, had impressed him.

"I thought the entertainment value was very good," said Ferguson.

"I thought the lad that scored the goal, the number five for Meath, Graham Geraghty, did very well. The number 14, very aggressive player for Meath. For Dublin, number 11 did well."

Asked by Canning if he'd brought his cheque book to Dublin, Ferguson joked, "No, I have no money left!"

Paying attention to Fergie's words it seems was a local Arsenal scout who organised for Geraghty to go on trial at Highbury.

"We were away playing U21 with Meath," Geraghty explained in a 2013 interview with the GAA website.

"I stayed in the hotel that night with the team and I got a phone call from my Dad. I don't know how he actually found out I was there, and he says 'there's a fella from Arsenal coming to see you at 12 o'clock tomorrow so you better be home'.

"I thought he was messing. But here's how it had come about. Dublin had beaten us in the Leinster U21 final and Alex Ferguson was at the game. I was playing wing back and I scored 1-2. They interviewed him after the game, and they asked him if anyone impressed him and he said 'Yeah, the blondy fella playing number five, I like the way he gets up and down the field. He has an eye for goal'.

"So that's how it came about. I was contacted by the scout in Dublin for Arsenal and Middlesbrough approached me as well but that kind of fell to one side."

The two-time All-Ireland winner - who had only played soccer with local side Kentstown Rovers prior to the trial - lined out in two reserve matches for Arsenal, but that was the end of his fling with English football.

Years later, in his autobiography 'Hero and Villain', Paul Merson described Geraghty as "the fittest player I ever saw".

See Also: 'He Drove To Cork With No Windscreen. That's The Sort Of Boy He Was' 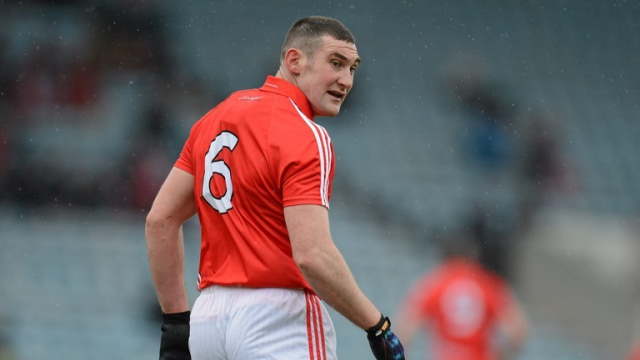 GAA
3 months ago
By Eoin Harrington
When Sporting Dynasties Fall: What The Dubs Can Expect After The End Of Their Dominance
GAA
3 years ago
By Arthur James O'Dea
Michael Fennelly Reveals One Trait Brian Cody Shares With Alex Ferguson
401