Six months after becoming a mother for the first time, Roscommon Ladies footballer Alice Kelly has committed to the inter-county team once again.

Last August, baby girl Neala Dowd was born, but with a club championship up for grabs, there was no slowing Alice down. Five weeks after giving birth, mother and daughter togged out for the day as Kilbride won a fifth county title in a row, but the turn of the new year saw her trade that ceremonial event for a full-blooded return to the top of the game.

New Roscommon manager Diane O’Hora is well-versed in what it takes to end the year with silverware from her playing days with Mayo, and taking charge of a team with three consecutive TG4 All-Ireland Intermediate Semi-final losses suggests much of the groundwork is in place. Coaxing Kelly back could be the secret ingredient.

I was a bit apprehensive about going back playing until Diane rang me. She spoke with me before I committed to anything.

I had spoken about it with my husband, Kieran, and he is very supportive. He bought me a new pair of football boots for my Christmas present just to show support for me to go back and give it a go.

Then my father said to me: ‘You won’t be playing forever Alice; play while you can and go for it’. They were all there to encourage me.

Clare Noone is part of Diane’s management team, and she said her teenage daughter would be more than happy to mind Neala at training any time I needed.

That was the real turning point in my decision, seeing how supportive everyone was from the get-go. I knew I’d be able to manage it, that they would help me and they would be understanding that maybe I mightn't be able to make every training from time to time.

While maintaining a level of fitness throughout her pregnancy, the notion of putting on the training gear didn’t take long to reappear for Alice after she gave birth. By the start of September she had dipped her toe in with Kilbride, and despite feeling the effects on her first day back, she is keen to show pregnancy does not mean the end of a sporting path.

“Sometimes I think I am a bit crazy trying to do it, but I want to give it a go. I want to show it to myself and others that it can be done, that you don’t have to give up everything once you have a child. I want to see if I can do it for myself, see if I can get back to that level again.

“I went back training a week before the county final. I was probably mad in the head I think. It was just because it was such a special occasion, I wanted to be part of it. I was kind of shaky at the start. I got a great welcome from the girls and I took it easy enough.

“I was a bit aware going back into contact though. After nine months of carrying a baby you are very conscious of protecting her, and then all of a sudden the baby is here and you don’t need to protect her like that. That was a bit strange. But after one or two trainings I got back into the swing of things.” 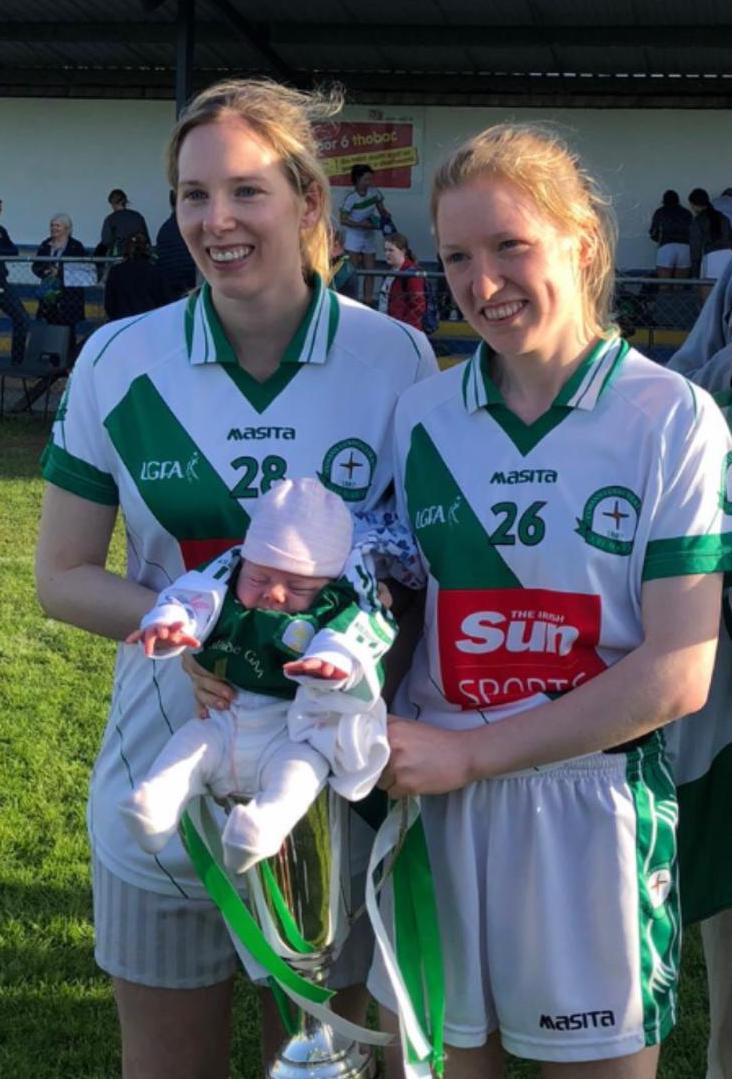 Alice has been working with Westmeath-based physiotherapist Eimear Fox since November and that combination of guidance and a simple training plan has her ready to make her comeback.

“Coming back from having a baby, I suppose it’s really like rehabbing from an injury. You have to do it right. I was really glad I did that, just for peace of mind, just to build myself back up in the right way.”

The long nights and days of being a new parent have coincided with a similar pattern for everyone else in lockdown over the winter, but Alice says time has flown by for her new family, especially with husband Kieran – a pilot by trade – grounded more often than before.

However, she says lockdown has had major downsides for her family too as Neala’s grandparents, uncles and aunts are missing out.

We’re living here in Moate, but we still don’t really know anyone around, and that has been challenging. She is the first grandchild on both sides and they're all mad to see her again.

I have a sister a pharmacist in Dublin and she has been doing testing for Covid, so the priority has to be to keep our baby safe as much as possible.

And then my father actually had a stroke in December, just after Christmas. He was in hospital for a month. We couldn’t even visit him. I’m a speech therapist and I’m on maternity leave. I felt that I could have helped him if I could have gone in. That was hard.

Thankfully, he’s home now and doing well, but at the same time, we can’t go down and help as much as we’d like. It’s the same for a lot of people; people are living away from home and find it challenging. We spend as much time as we can on the family WhatsApp group, but it’s not the same as going for a visit.

Like the rest of her teammates, Kelly has ramped up her training in recent weeks as the Roscommon panel aims to be ready to give 2021 a real shot when collective training resumes.

This week she’ll pull on the runners to make sure she is ready for the panel’s 5km challenge on Easter weekend, while she says the players are hugely impressed with the 100km challenge being undertaken by the Roscommon management and the Roscommon County Board.

“Diane and the management team are doing it, Brendan Cregg, our chairperson, is doing it, so is Sandra Shanagher and a few more, which is brilliant to see. These things are usually left to the players, but they are taking it on themselves, which is very impressive.

“They are looking for donations and hopefully people can help them out. It’s a great show of support and says that they really want the best for the players.

"We got off lightly – the players and our friends are doing the 5k challenge, so hopefully we can all do our small bit for the training fund.

“Diane is leaving no stone unturned. She’s started as she means to go on – all guns blazing. She has a good strong management team around her too and that is giving us the best opportunity to succeed.” 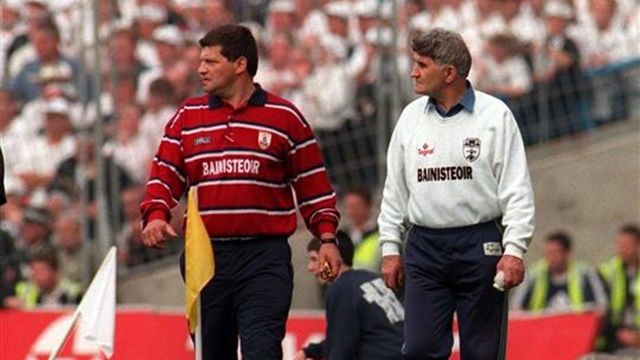