Kilkenny have sold out a limited number of terrace tickets on public sale for the All-Ireland hurling final against Tipperary this weekend.

In a similar structure to 2016 and the final between the same sides, Kilkenny released a limited number of tickets for fans which could be purchased Monday evening in Nowlan Park. They are priced at €45.

The sale coincides with an opening training session where the public can watch Brian Cody's outfit in action. It is in keeping with the usual ticket sale system. However, in 2013, the planned public sale from Nowlan Park was cancelled for the Kilkenny versus Tipperary qualifier due to unprecedented demand from clubs. That tie also took place in the smaller Nowlan Park, not Croke Park. 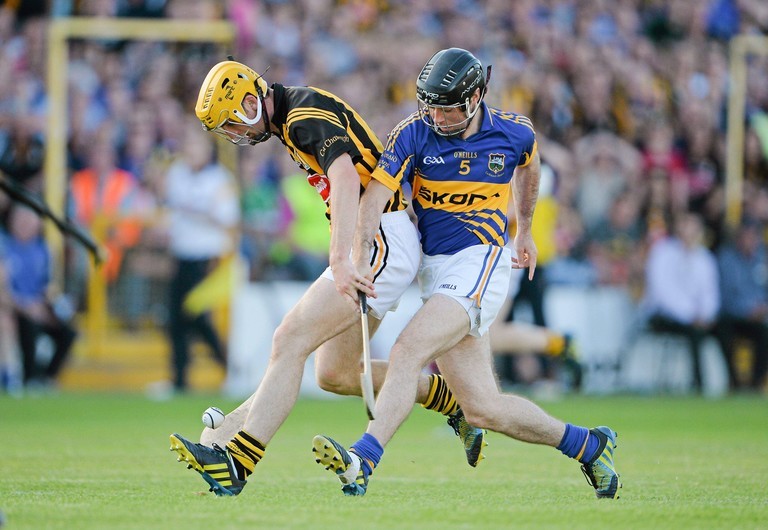 Kilkenny will get a bigger allocation of tickets as their minors are also in the All-Ireland final curtain-raiser where they will face Galway, who bet them 2-16 to 3-16 earlier this summer.

The game is just the latest in the hotly-contested rivalry between the two counties. It will be their 21st meeting, with six of those championship clashes coming since 2009.

Across the rest of the country, the typical All-Ireland final hurling ticket scramble is underway. This is the first year of the new GAA pricing structure which was announced last January. All-Ireland final stand tickets have gone up from €80 to €90. There was also a €5 increase for Hill 16 tickets to €45.

As for television, the game is live on RTE Two from 2.00 pm with presenter Joanne Cantwell alongside pundits Anthony Daly, Donal Óg Cusack and Henry Shefflin. Sky Sports Action go live at 2.30 pm. Throw-in is at 3.30 pm.

Update: A line incorrectly stated originally in the article that the sale began on Tuesday night, it actually began on Monday night. Tickets are now sold-out.

Hurling
1 year ago
By Michael McCarthy
Quiz: Do You Remember The 2019 Intercounty Football And Hurling Championships?
GAA
2 years ago
By Balls Team
The Balls.ie Selection For The Hurling PwC All-Stars
GAA
2 years ago
By Mark Farrelly
Nominations For PwC Hurling All-Stars And Player Of The Year Revealed
Popular on Balls
GAA
2 days ago
By PJ Browne
Cusack Has Little Sympathy For Gearoid Hegarty After Red Card
Football
8 hours ago
By PJ Browne
Man Arrested For Headbutting Billy Sharp After Playoff Semi-Final
GAA
1 day ago
By PJ Browne
GAA President Explains Why Tailteann Cup Won't Be All-Ireland Curtain Raiser
Football
4 days ago
By Eoin Harrington
Alan Shearer Says Roy Keane "Ran Away" From Him After Famous Clash