The football team as chosen by Peter Canavan, Oisin McConville and John O'Mahony will be revealed soon, but this week, we've been concentrating on the hurling team, going down memory lane with Anthony Daly, Liam Sheedy and Anthony Nash. The trio did well to keep their debate on the team to an hour, and in the end came to a consensus on the greatest All-Star team of them all.

In the end, their team of 15 consisted of contained 89 All-Star awards. Unsurprisingly, Kilkenny lead the way on the selection, though it's a surprise to see them so far out ahead with seven of the team. Cork  were behind them with three. There were two picks from Tipperary, with one each from Clare, Galway and Offaly.

In some positions however, consensus was needed. At full-back, Anthony Nash went to bat for legendary Limerick number 3 Pat Hartigan who won an incredible five All-Stars in a row in the early 1970s. In the end, Liam Sheedy's swing vote meant that Clare's Brian Lohan got the nod in the position.

At centre-back, Daly had picked another Limerick man unlucky not to make the cut in Ciaran Carey before Paudie Maher was ultimately selected, while he debated for Galway's legendary captain Joe Connolly in midfield. The spot alongside Cork's John Fenton was one of the most contentious of decisions with Nash choosing Michael Fennelly, while Carey got another mention in this position, alongside Galway legend Joe Cooney. Ultimately, Nash and Daly came around to Sheedy's selection of Kilkenny's Frank Cummins.

All three of the panel selected the same half-forward line of Joe Canning, TJ Reid and Henry Shefflin, with again Joe Cooney a tough one to leave out for Daly and Sheedy.

With spaces running out and no debate surrounding the selection of DJ Carey, it meant some big calls were going to have to be made in the full-forward line.

For Sheedy, JBM was also the man at 14, meaning the Cork legend made the team, while he struggled between three great Tipp men for the other corner in Eoin Kelly, Nicky English and Seamus Callanan, eventually picking for his old captain Kelly.

It all meant that the last spot on the team came down to a choice between Nicky English, Eddie Keher, Patrick Horgan and Eoin Kelly. It wasn't an easy task for the panel to choose between such great players.

In the end, the Cork and Tipp men excused their bias, and Daly made the deciding call on English, a winner of six All-Stars, many won before Tipperary made their Munster breakthrough in 1987.

You can watch the entire selection debate here:

Who would be your All-Star 15 for 50? Do you disagree with our team of experts? Let us know on Balls social media.

SEE ALSO: 'There Is Definitely Untapped Potential. They Do Not Need To Go Into The Gym' 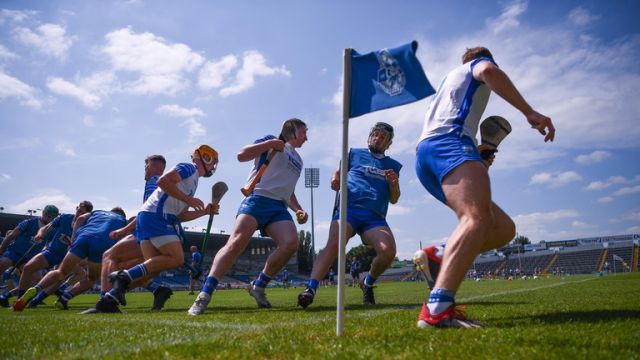