Who Is The All-Star Midfield Duo Of The Last 50 Years?

The All-Star awards are the pinnacle of individual achievement for any GAA player. To be selected as an All-Star of All-Stars however is just about the ultimate honour.

To celebrate the 50th anniversary of the PwC All-Stars this year, we've convened two expert panels in football and hurling to select their 15 For 50, their best All-Star teams in the history of this great tradition. But how do you pick the All-Stars of All-Stars? It's no easy task to whittle a vast cast of legends down to a mere 15.

Last week, Anthony Daly, Liam Sheedy and Anthony Nash had the arduous task of selecting their Hurling 15 for 50, (you can watch their debate and selection here.) This week, the focus shifts to football and the panel with the unenviable task is two-time All-Star from Armagh Oisin McConville, a two-time All-Ireland winning manager in John O'Mahony, and the living legend, six-time All-Star, Peter Canavan. 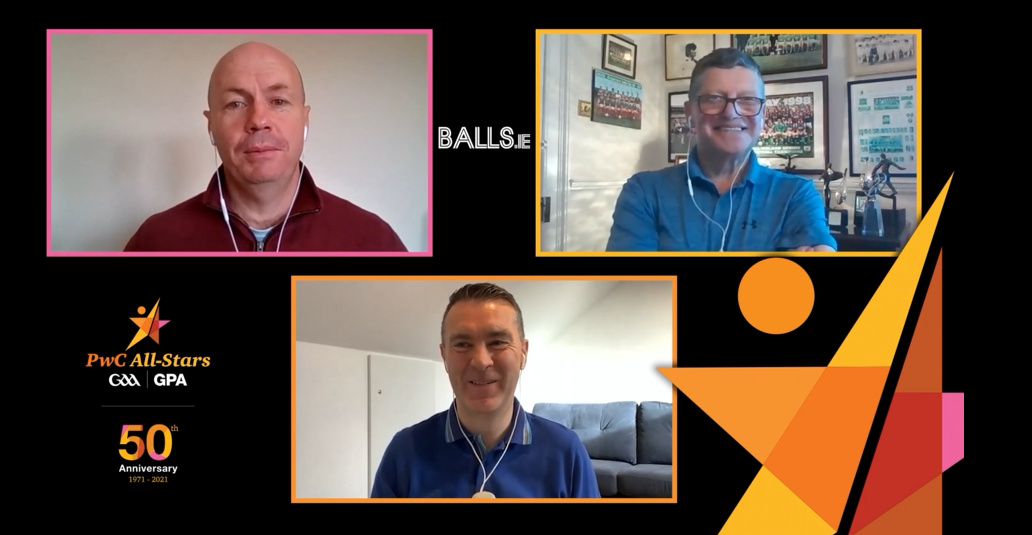 The entire team with the consensus of Canavan, McConville, and O'Mahony will be revealed on Friday. One of the more interesting debates was with regards to the All-Star midfield partnership of the last 50 years.

Unsurprisingly, all three agreed that Kerry's Jack O'Shea had to be in the team. A winner of seven All-Ireland and six All-Stars, it was his partner in the middle of the field that caused the debate.

Jack O'Shea, I don't know if I really need to broaden what Jack O'Shea did for Gaelic football. When you at Jack O'Shea, I felt he was a player playing ahead of his time. Of all the players who won All-Stars in that era, if Jack O'Shea came around now, he would fit seamlessly into the middle of the field for anybody. What Kerry wouldn't do for him right now.

Jack O'Shea is incontestable. In soccer terms, he was a box-to-box player as well as being an outstanding ball winner in the middle of the field. He was a scorer. He had everything.

Jack O'Shea, to me his goal in the 1981 All-Ireland final against Offaly, it was a thing of beauty. Everything he did, he did with grace, power. He set the mould for midfielders. Sean Cavanagh and Brian Fenton followed in that mould.

While O'Shea was indisputable, the two mentioned by Canavan alongside him provided the real debate. It came down to Sean Cavanagh and Brian Fenton for the other midfield slot, though Darragh Ó Sé, Anthony Tohill, Brian Mullins, Kevin Walsh and Liam McHale also came in for mention.

Unsurprisingly, it was Canavan who was pushing for the Tyrone man, but his case was certainly compelling.

I went with Sean Cavanagh on this one. I think Brian Fenton is on the verge of becoming the greatest ever. The last five or six years, he has been by far the best midfielder in the country.

For about four or five years before that, he was so similar to Brian Fenton in so many regards. His ball-winning ability in the middle of the pitch. His leadership...

Teams and man-markers are still trying to figure out his shimmy and the way he was able to kick it over the bar. He was our Brian Fenton, without a doubt. I wouldn't be sitting with six All-Stars if it wasn't for Sean Cavanagh's performances in those years. I don't think anybody could get near him.

I know there's more to come from Brian Fenton, there's no question in that, but I have given the nod to Jack O'Shea and Sean Cavanagh.

McConville was in the Fenton camp, and made the point that Cavanagh's years spent away from midfield might have worked against him.

"The one thing that counts against Sean Cavanagh is his versatility. He won an All-Star at wing-forward, played a good bit of his football at full-forward, corner-forward. If I was looking for two out-and-out midfielders, that's why I went for Fenton and O'Shea.

Ultimately, the decision came down to O'Mahony and the former Mayo, Galway and Leitrim manager ultimately went for the Dublin man.

I went for Fenton as well. He's the Rolls Royce of modern midfielders. His interventions at vital times with scores, and the way he faded into positions to get those scores.

Cluxton had such a big influence on making him a big player in many respects.

I would go for Fenton, but Cavanagh, you could certainly make arguments for.

Who would be your All-Star midfield of the last 50 years? Do you disagree with our team of experts? Let us know on Balls social media, and stay tuned for the full football team reveal later this week.

SEE ALSO: Who Is The All-Star Centre-Back Of The Last 50 Years? 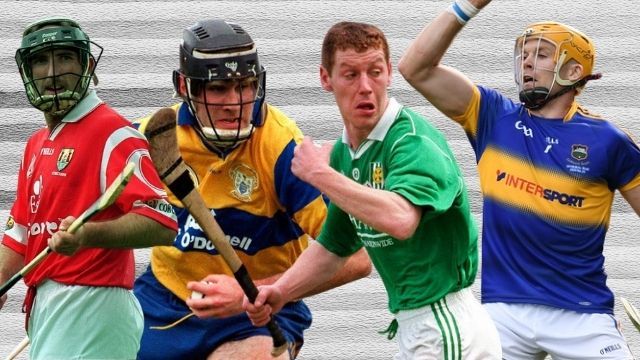