The GAA is perpetually debating ways too improve the game of Gaelic football (embarking on a similar endeavour in hurling would be an impossibility).

Surely no game spends as much time navel-gazing about its playing rules and competition structures, as it attempts to fashion an exciting spectacle.

Essentially, what the rules and structures must do is allow excellence to flourish while simultaneously creating a more egalitarian environment, and allow players and spectators more games while ensuring the former aren't overworked. As for player welfare, we demand that the players remain amateur while insisting that they are looked after somehow.

People rarely offer a definition but regularly insist that the tackle needs to be defined soon by someone.

The Football Review Committee had a go a couple of years ago, but Sligo manager Niall Carew complained recently that the tackle still hadn't been defined properly and thus he has been unable to coach it.

The FRC set down that the tackle must be 'aimed at the ball' rather than the player. 'Deliberate' bodily contact is forbidden.

The presence of the word 'deliberate' meant that distinguishing between a foul and a legitimate tackle remained a subjective call made at the referee's discretion.

The GAA was established in 1884. They have had 132 years to define the tackle satisfactorily. If it hasn't happened by now then it is safe to assume it is not going to happen. Splitting the atom was a relatively straightforward matter compared to defining the tackle in Gaelic football.

Clearly, it is not possible unless the GAA want to alter the character of Gaelic football fundamentally.

Voices urging the introduction of 13-a-side have grown louder every time the latest ogre from up north pushes the envelope some more with the whole defensive football thing. 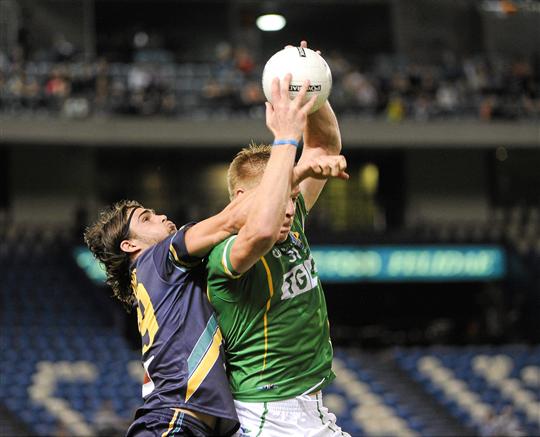 A solution offered by purists in thrall to the sight of Mick O'Connell leaping into the air and plucking the ball from the sky.

A move that would reward the finer 'exponents' of the art of high fielding' (classic GAA encyclopedia terminology there), its advocates claim the status quo is disadvantageous to the high-fielding midfielder, who regularly finds himself swarmed after he claims the ball.

One of the least dazzling 'skills' ever invented, people have been questioning the worth of the pick-up since God was a boy. Its original intention was to prevent players diving on the ball from distance.

The modernisers beloved alternative to the vaguely archaic provincial system, the phrase 'Champions League Style format' is never far from debates about the structure of the championship season. 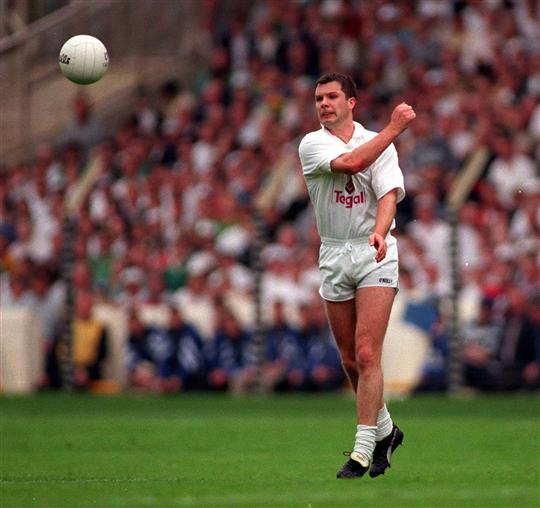 Pat Spillane takes the 'foot' part of the word 'football' seriously. Teams handpassing their way methodically up the pitch in a crab like formation rubs these old boys up the wrong way something chronic.

7. Have a separate rulebook for hurling and football

8. Allow goalkeepers to take kick-outs out of the hands

One that was pushed in the wake of the compromise rules series. The game flows much quicker when a goalkeeper can spray a ball to a teammate swiftly from his hands. Rather than this whole rigmarole of placing it on a tee, taking several steps back and launching it into midfield. 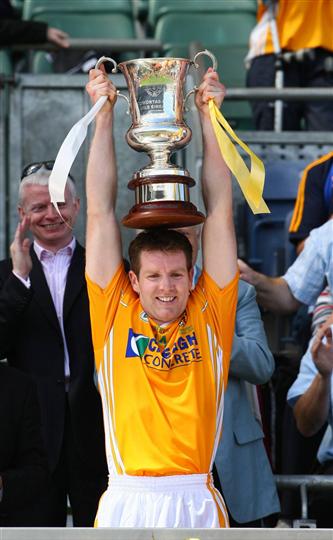 The Tommy Murphy Cup was launched in 2008 for teams who would compete in Division 4 in 2009. The experiment was hated by those who competed in it and was ignored by the supporters of those teams.

However, as the gap between the elite counties and the minnows gathers pace, the clamour were come again. Usually gets brought up whenever analysts are asked to say something about Leitrim getting mauled in a First round qualifier game in June.

It was trialled during the League for a couple of years back in the Sean Kelly era. It proved unpopular with players (particularly those who ended up in the sin-bin) and managers (those who had players who were sin-binned) who felt it was too punitive. Though that was the whole point really.

11. Abolish the League/Connect it up with championship

This reform is proposed not as a means of abolishing winter and spring football altogether but merely by those who regard the competition as a drag and one that fails to engage the public.

Only by connecting performance in the League to the championship will the former become a competition that energises the public.

* The League has had a direct impact on the championship before. Longford played Sligo in a Division 3 relegation zone tie in 2008. The loser would drop to Division 4 and have to enter the Tommy Murphy Cup upon their exit from the provincial championship that summer. Sligo lost by three points and endured a miserable season, losing heavily to Mayo and then to London in the Tommy Murphy. They were very loud in demanding that competition's abolition shortly after.

A reform which has been brought into the International Rules sphere. Another purists' wet dream of a reform, replete with the promise of the aforementioned high-fielding.

The fisted goal was once a staple of Gaelic football. At the high point of Kerry's golden era, fisted efforts seemed to account for about 95% of all goals.

Now, it's just points that can be fisted but there are moves afoot to tighten the screw on lads who can't kick the ball properly.

14. Forcing players to kick frees from the ground 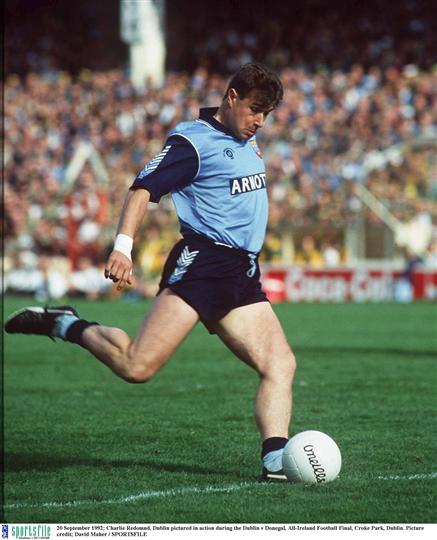 Martin Breheny has no time for the apparent blight that is marksmen popping balls over the bar from their hands. Less Peter Canavan and more Charlie Redmond.

An intriguing suggestion inspired by the decision of the rugby authorities to increase the number of points awarded for a try (which used to be zero incidentally - back in the early days of rugby a try only gave you a shot at goal. The conversion was where the scores were got) from three to four in the 1970s and then to five in 1992. 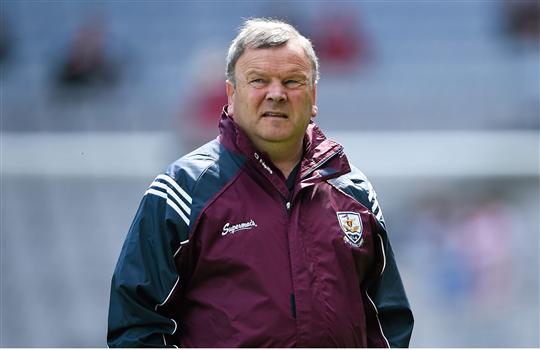 In the days before the 'Champions League style format' became the go-to option for those tired of the provincial championship, the straightforward Open Draw was often mooted. A kind of FA Cup competition, it would be regarded as unacceptably boring these days and would see a return to the days of no second chances - hence it's replacement by the CLSF.

17. Put eight teams in every province

The Galway hurlers moving into Leinster has changed everything. Croke Park demanded that move over the heads of the Leinster counties (Only Kilkenny and the hurling power that is Longford voted to allow Galway into Leinster - neither caring much for very different reasons) and now all the talk is of moving counties into different provinces willy-nilly.

The common proposal is that (in football at least) each province will have eight counties each with Longford, Westmeath and Clare moving into Connacht or something, Monaghan moving into Leinster and Wexford and Laois moving into Munster.

David Brady suggested that Longford and Leitrim ought to think about amalgamating in the wake of one ferocious beating Leitrim took in Castlebar. The idea wasn't well received in Longford who were performing respectably at the time but was it so bad.

After all these county boundaries were drawn up by British colonialists hundreds of years ago.

Why are the GAA so stuck on them?

19.Split up the Dubs 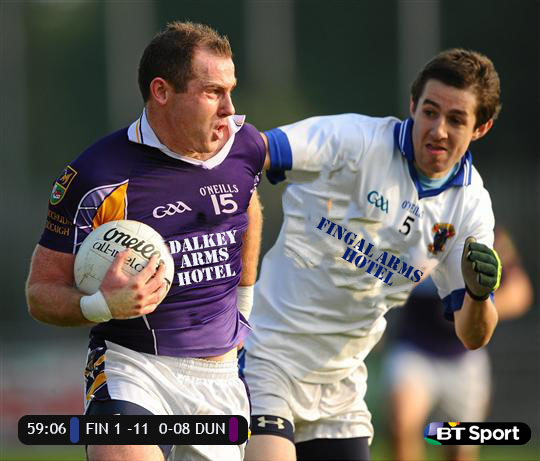 A controversial one this. Needless to say, the idea gathers steam when Dublin start winning things. It tends to dissipate shortly after they lose.

The Inter-Toto Cup of the GAA calender.

21. Four points for a goal late on

According to Sean Boylan, the black card has not achieved its objective in this regard. He favours a much more radical solution. If a player pulls down another player in the closing stages of a match, then rather than doling out irrelevant black and yellow cards, a penalty is awarded to the fouled player. Not only that but the resulting penalty would be four points as opposed to three.

I put it to you this way: say somebody pulls a player down and there’s a minute to go. For doing that, instead of a black card or a yellow card there’s a penalty but that penalty would be four points and not three points.

Those are things I would love to see happening. In other words, you would be taking the decisions on the field of play and not in a boardroom. I would just love to see us getting to that stage.

I'll pretend I didn't hear that one.

23. Play off the inter-county season from January-June and leave the rest of the year over to club football

Sources in Derry (one source in fact) has been advocating this of late in a current campaign to fight for the rights of club players. 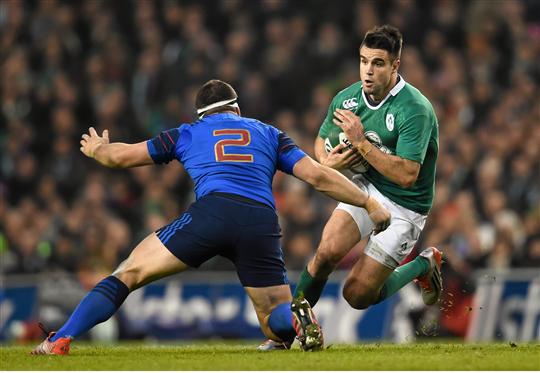 Some folk have recommended that players should be allowed to take a quick free  to themselves at moments when it suits, ie. just solo the ball to themselves and keep on running. It has received short shrift but I think it could be a goer.

25. Linking the League and the championship

In the immediate aftermath of Longford televised hammering at the hands of Dublin last year - a game which forever discrediting the notion that Longford and Dublin should play each other in the championship - every pundit and past player was devising their own alternative system for the championship.

Jim McGuinness's was possibly the most interesting.

Jim wants to keep the provinces alive, reasoning that the 'big day should not be the preserve of the strong counties.' The provincial championships are often defended on the basis that they offer the only feasible chance of silverware for smaller counties. McGuinness broadly agrees.

But he thinks that by July, the championship should be split into two groups of 16. The first group, the elite, will compete for Sam Maguire on the normal basis while the second grouping, the weaker counties (apologies, so-called weaker counties) will enter into a secondary competition which also holds the prospect of silverware and glory.

What if we came up with a structure which linked the National Football League, the provincial championships and the All-Ireland? And in doing so created two distinct All-Ireland competitions for the first 16 and second 16 ranked counties at the end of the process?

Donal Óg Cusack made this suggestion on a rare incursion into Gaelic football discussion in the Examiner. Hurling can stay as it is but football needs a 12-a-side game to get away from the 'choke hold' games that pre-dominate now.

27. Make it eleven-a-side. Ban the use of hands on the ball for all save goalkeepers and get rid of points. Make pitch smaller. Introduce headers and offside

These reforms have never made it onto the agenda at Congress but they are regularly mooted by folk who may or may not have a limited interest in the game.

See also: 23 Stories That Will Dominate The GAA On It's 150th Anniversary