Brosnan Hopes Turmoil Is Over For The Kingdom

Kerry ladies captain Amanda Brosnan is hoping that her side can put the turmoil of 2018 behind them and claim an immediate return to the top flight with victory over Waterford in the Lidl National Football League Division 2 final on Sunday.

The Munster rivals face off in the Parnell Park decider at 2pm, which is followed by the Division 1 final between Cork and Galway at the same venue.

And with Kerry and Waterford set to meet again six days later in the Munster championship, this is sure to be a fierce battle.

Nothing separated the teams when they played earlier this year in the second round of the Lidl NFL, and Brosnan (30), thinks it will be exactly the same in the final on Sunday and when the championship launches.

“Absolutely Division 1 is our target. Straight up, that’s what we want,” said Brosnan.

I mean, last year we had a poor year all around. I think we only really had about 24 players on the panel. We had, I think, three different management set-ups along the year. We were just all over the place.

Maybe it’s a good thing, in hindsight looking back. Maybe it is a good thing to be in Division 2 this year and to build from there. And, you know, try to get those younger girls experience.

Waterford have been the slow burner of Division 2, where defeats to Armagh and Clare threatened their progression before they blitzed Cavan in the semi-final with a scoring masterclass.

And Brosnan is wary and armed with previous experience of their Munster rivals. Two games in six days against the Déise side has her on edge. 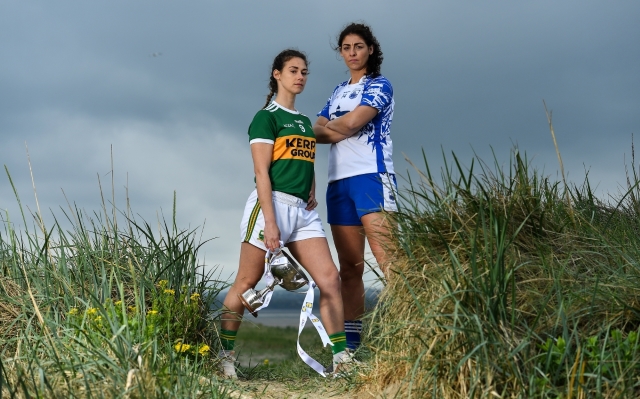 “They’re going to be tough. We’ll be under no illusions. We drew with them in Tralee at the start of the League. We were missing a couple of players then, but so were they. So it’s going to be very, very tough.

“Every one of those girls are talented. It’s not going to come down to the talent at the end of the day; it’s going to come down to who wants it more and who is willing to push their bodies. We’ll have to push further than we think we can go because there’s not much between the teams at all.

“We play them every year in the Munster championship, maybe even a couple of times. And then obviously this year was the first year we’ve played them in the league. So, yeah, it’s going to be fun.