Balls Remembers: The Day The Meehans And Caltra Made History

The 2004 All-Ireland club football final was a clash of the rural.

It saw Galway village Caltra take on West Kerry's An Ghaeltacht. Though, both teams were filled with familiar names.

The Kerry side had Tomás, Darragh and Marc Ó Sé, along with Dara Ó Cinnéide and Aodán Mac Gearailt. For Caltra, it was the Meehans, six of them in all.

At the back there were Enda and Declan; in midfield was Tomás; up front captain Noel and the exciting, and still teenage, Michael; and on the bench was Seamus.

That season was one totally uncharted for Caltra. Their Galway title win against Killererin was their first ever and came a year after flirting with relegation. Sligo's Curry were beaten in the Connacht final and Derry side Loup in the All-Ireland semi-final.

What was also a first All-Ireland final for An Ghaeltacht attracted a huge crowd at a Croke Park undergoing redevelopment.

"The crowd, we didn't realise this til afterwards," Caltra corner-back Jarlath Murray said in a video for AIB.

We were told that people couldn't get in. They hadn't enough turnstiles open, the crowd was so big they had to let them in for free. There would have been a stampede. They reckoned 40,000 - 45,000.

Caltra went into the game unnecessarily in awe of their opponents. That changed at half-time with the Kerry champions only leading by a point.

"We felt that we weren't at our level at half-time," Michael Meehan reflected.

"It was great in a way for lads reassess where we were and maybe reconfirm that we're playing An Ghaeltacht but they're human. We were able to focus the mind and say that this is a half-hour you've got left to shape up."

Dara Ó Cinnéide extended the lead to two shortly after the break but that was as good as it got. Caltra reeled them in.

In all, the Meehans hit 12 of Caltra's 13 points with Shane Hogan being the only man with a different surname to get his on the scoresheet. 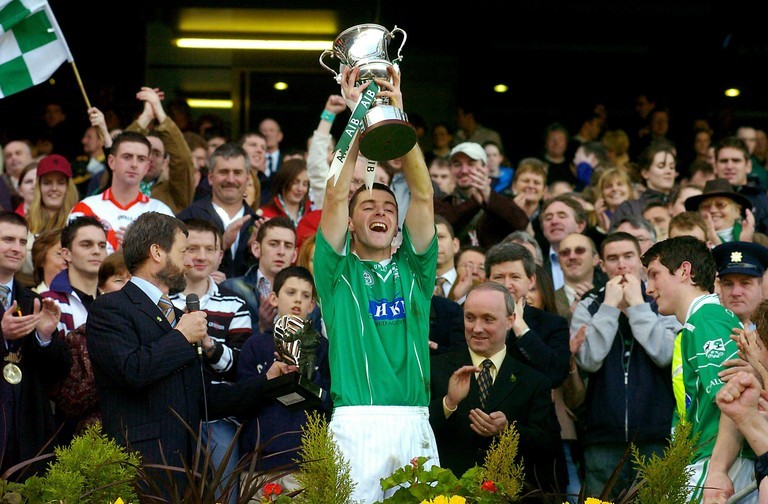 Late in the game, Ó Cinnéide - with An Ghaeltacht trailing by two - had a goal chance but fired it over the bar while surrounded by Galway men.

For An Ghaeltacht, the game was viewed as a missed opportunity, one which still haunts Gallarus.

"The word Caltra in the Ghaeltacht is like the word Seamus Darby in Kerry - they were our horror show," said Ó Cinnéide.

For the winners, it is a day they are still processing.

"For Caltra to come out of the blue and do what they did and be part of that was unbelievable," Declan Meehan said in a Laochra Gael dedicated to his family.

"We really didn't appreciate it at the time, what was happening. It's still hard to believe."