Sunday can't have been an easy day for Meath manager Andy McEntee. Presiding over The Gang Who Couldn't Shoot Straight on, he watched his forces rack up wide after wide after wide, ending with a humiliating four points in an expected hammering to Dublin..

The 0-4 is the lowest total from a team in a Leinster Final since 1985. It undermined much of the good work done by Meath in the first 50 minutes of the game. With that said, it was understandable that Andy McEntree wasn't in the best of moods when fulfilling his post match media obligations. However, according to the Meath Chronicle, what happened there went far beyond being in bad form.

The Chronicle are demanding an apology from McEntee after their journalist Jimmy Geoghegan was cursed at in the post match press conference and later was threatened by the manager when talking to members of the Meath team.

Geoghegan first ignited McEntee's fury by asking about the availability of players for club hurling championship games that are due to take place next weekend. "Are you fucking mad? What sort of fucking question is that to ask me?” was the response of the Meath manager. 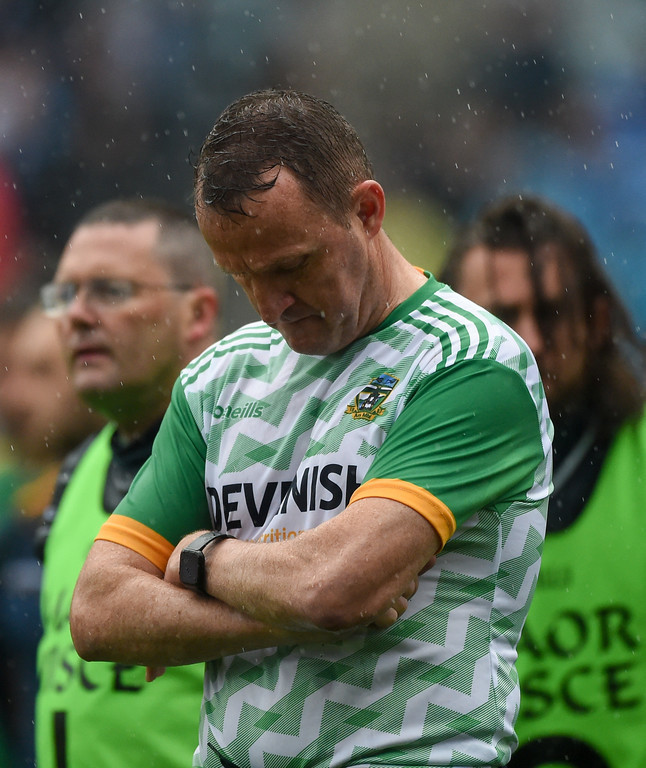 Later, Geoghegan approached the team bus, along with other journalists to get post-match quotes from the Meath players, a normal practice. McEntee caught sight of this, and appears to have exploded.

According to the Chronicle, who have the exchange on tape, McEntee raged,

Geoghegan has been covering Meath GAA for the Chronicle since 2002.

On Monday, the Chronicle made a complaint to the Meath County Board about the conduct of McEntee, although their response failed to satisfy the local paper.

Coiste na Mí are aware of an incident involving the Meath Senior Football Manager and a reporter from the Meath Chronicle.

Our policy on the question asked by your reporter is, as always, in line with T.O 6.22 and our own Rialachain regarding same.

All our Squad Managers and CCC Coiste na Mí respect that rule and indeed that fact is included in the Charter agreed with all Managers and GPA Representatives at the start of every year.

On cross codes in the GAA individual players are encouraged to make their own decisions and “hearsay” talk of things being different is just that.

Most pertinently, the paper are adamant that McEntee's behaviour was unacceptable and want to know if their reporter will receive a formal apology.

Two questions were put to Coiste na Mi on Monday evening. Has this matter been brought to the attention of Mr McEntee and will he apologise formally to our reporter who was carrying out his duties for the Meath Chronicle?

Needless to say, this is the last thing Meath needed with their season resting on having to win just one more game to make the Super 8s, which would their first Quarter-final stage appearance since 2010.