He is an absolute wrecking ball on his day, but there have also been times when he has not performed on the big occasions. What is strange is how many people seem to revel in his poor performances.

Perhaps that comes with being one of the most well-known players in Gaelic football, but it does seem to cross a line with the Mayo man on occasion. Still, he doesn't really seem to let it affect him.

Andy Moran knows O'Shea better than most, sharing a dressing room with him for a decade. In fact, he believes that the Breaffy man (along with Cillian O'Connor and Lee Keegan) is one of only three elite players Mayo brought through during his time on the panel.

Speaking at the launch of his new autobiography Andy: Lessons Learned In Pursuit of Glory, Moran said that while Aidan O'Shea is not immune to the criticism he receives, he does not let it affect him in the manner it would do to other. He also explained what makes the 31-year old such a special player (h/t Irish Times):

I don’t think there is anyone immune to that (criticism). I think he will use it to drive him on. He has a lot of Gaelic football played.

He probably needs to reset and readdress his game and probably come up with a new strategy of how to play. You can’t just be the wrecking ball for sixteen and seventeen years. He probably has to reinvent himself slightly but I think he has the hunger to do it.

The media attention never frightened him. It goes against him when he has a bad game. But he can shrug his shoulders and just say: let’s go. Like he will be training in January and he will keep showing up, I feel.

I am not here to defend Aidan O Shea. But in my time I have never met a player who could go in fullback, centre back, midfield, centre forward and full forward and do a job for you.

If he is inside with Cillian and me, then I’m marked by the third best defender, probably. He gave me that level of protection.

What he did on Donaghy at fullback was amazing. Yes he had some tough days there, too. He is a different character. He thinks differently and is his own man but for our key he is absolutely key.

Aidan O'Shea is now certainly among the senior players in what is becoming an increasingly youthful Mayo panel, taking on a larger leadership role since the likes of Moran and other stalwarts stepped away in recent times.

Whether he can play a role in finally leading the county to that elusive All-Ireland crown remains to be seen. 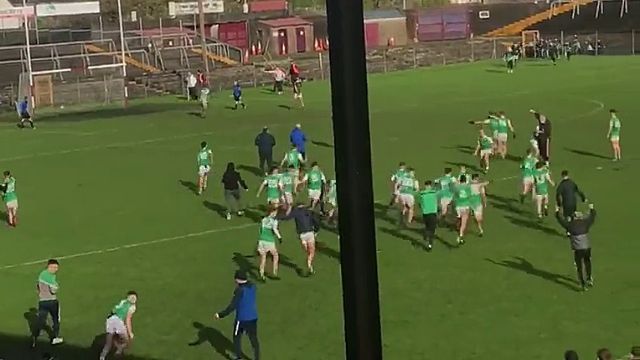 GAA
7 months ago
By PJ Browne
Rob Hennelly And Aidan O'Shea Respond To Mayo Criticism
GAA
8 months ago
By Donny Mahoney
Aidan O'Shea Shouldn't Be Mayo's Fall Guy Again
GAA
8 months ago
By Maurice Brosnan
No Bad Blood, But Mayo And Tyrone Have Given Each Other Reason To Believe
Popular on Balls
Football
11 hours ago
By Luke Delaney
Obafemi In As Stephen Kenny Names 27-Man Nations League Squad
GAA
3 days ago
By PJ Browne
Controversy In All-Ireland U20 Hurling Final Over Dubious Crucial Point
GAA
1 day ago
By PJ Browne
How A Kerry Guard Ended Up Playing For The Tipperary Footballers
Football
15 hours ago
By Donny Mahoney
Rafa Benitez On The Utter Chaos Around The Steve Finnan Substitution In Istanbul