Andy Moran Explains How He Got Leitrim Manager Job

Andy Moran says that conversations with John O'Mahony and Barry McWeeney raised his interest in the Leitrim manager's job.

The former Mayo footballer was ratified as Leitrim boss earlier this month after weeks of being linked with the role.

"Like every management [job], there were people being mentioned," Moran told TG4 ahead of Sunday's Leitrim SFC final.

"I know my name was being mentioned, and I had a lot of conversations with my mentor and friend John O'Mahony who was here before. He's a Ballaghaderreen man, my own clubman. Those conversations started in the background and the level of interest built up over the weeks.

"My interest built as well because when you are first rang for one of these jobs, and you haven't done one before, you're thinking, 'Am I good enough? Can I do it?' You go away, assess yourself and then come back.

"I talked to Barry McWeeney a lot, who is part of my backroom team. He was really excited about the prospect, and the players that are in Leitrim. They kind of shoved me towards it."

“We'll try to improve the system and build enthusiasm around Leitrim” ??

"I was in college with Barry McWeeney and James Clancy at IT Sligo back in the mid-noughties," said Moran.

"They were excellent players, but I knew their personalities as well. Barry has a unique knowledge of football in Leitrim.

"James is a bit more boisterous. I know he'll challenge me. He used to challenge us in Sligo IT. He's the same now."

Moran said the 10 days since his appointment have been spent contacting players.

"It's just getting to know the players, getting the phone calls out there and seeing what the level of interest is for 2022, and see what the lads thought of 2021," he said.

"Even in that, there were great learnings in terms of knowing what the lads really enjoyed last year and what we could bring forward."

Moran also firmly backed proposal B in the upcoming GAA congress vote about the future structure of the All-Ireland Football Championship. 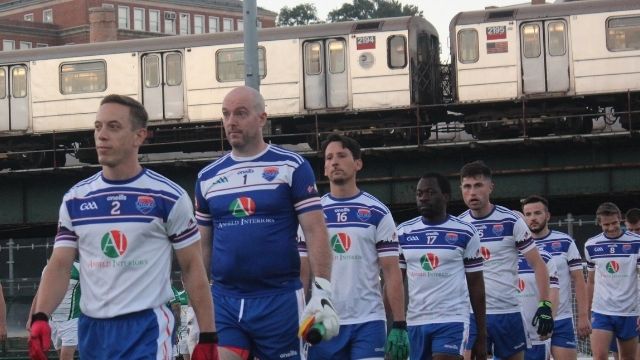