After An Emotional Start To 2018, Andy Moran Feels Back To Himself

As he enters what would be the twilight for many players, Andy Moran's career has never been more illuminated. Though, he knows the night is still not far off.

The Mayo footballer is on the back of one of his best seasons in the inter-county game, one which saw him terrorising defenders many years his junior and being deservedly named Footballer of the Year.

Now 34, Moran realises his days at the highest level are fast dwindling. More than ever, he treasures each time he gets to pull on the Mayo jersey.

As Mayo secured a crucial draw against Donegal last month, one which saw them extend their stay in Division One, a thought occurred to Moran ahead of the game: it could be his last time playing in Ballybofey.

Though Kevin McLoughlin's sensational late point helped - "It was the first time we ever celebrated a draw," Moran told Balls at the launch of Kellogg's GAA Cúl Camps - the day would have been cherished regardless.

Fully appreciating the experience is an attitude Moran adopted a couple of years ago.

"I think definitely that when you turn 30, you seek it - you want to enjoy it. You really want to go into the game and give it your best shot."

It was the birth of his daughter which altered how Moran thinks about football. He now cares about it less but relishes it more.

I think my kids - my little girl was born three years ago - changed my perspective on football.

Football meant way too much to me, it used to occupy way too much of my head space. Now you go home, you have something to switch off to. It really did help my performance, it helped everything.

Earlier this year was a time of conflicting emotion for Moran. In January, he and his wife celebrated the birth of their son, Ollie. A month later, Moran's father, Vincent, died aged 79.

"Dad passing away was a sad time for us but he had lots of happy times in his life and was it a difficult time, was it really strange emotionally to deal with the birth of your son and the death of your father? Yes, it was. It's something that you can never prepare for, Dad was sick for a long time.

Even as he hits his mid-30s Moran still believes that he can improve as a footballer. Against Donegal, he followed a few early scores with missed chances. Three points might a reasonable day's work for some, but not Moran. A 50 per cent strike rate just isn't good enough. 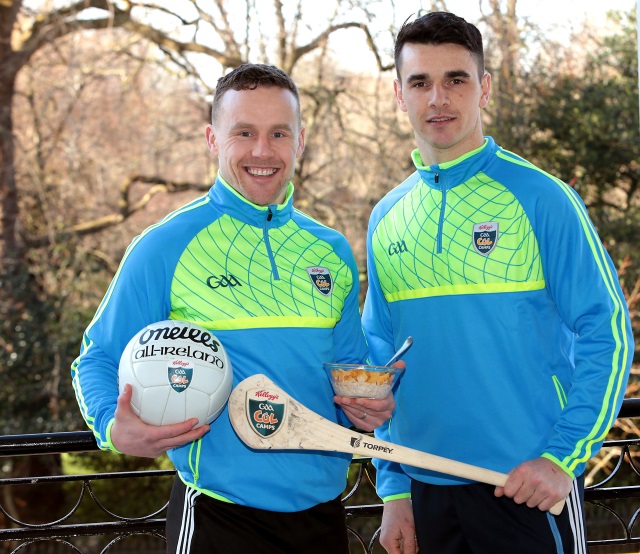 "Honestly, if you're playing into your 30s and you're not improving, I don't think you'd live with it.

"Three of my favourite footballers ever would be Peter Canavan, Padraic Joyce and Ollie Murphy; they're the guys that I really admired and to me, they really adapted their game when they got a bit slower and they got a bit later in their careers."

Moran's contribution to Mayo football is not just on the pitch. He's also employing three teammates off it. Fellow Ballaghaderreen men David Drake and Cian Hanley work at Moran's gym in Castlebar. The latter just recently returned from Australia to hopefully make an impact for his county this summer. Mayo forward Neil Douglas also works for Moran.

It's a double-edged sword really, people know you and come into your gym because they know you, people in Mayo are so good to us as footballers that they really support you. The other side of it is that you're not in the gym as much as you'd like to be.

There's four of us involved in the senior set-up playing for Mayo. That takes them out of the business a lot and it struggles because of that but it definitely helps in terms of getting people in and making the business more recognisable.

Opening the gym has been a major factor in Moran's career renaissance. He was working as a sales rep with no physical issues until he suffered a broken leg in 2011 while training with the international rules team. His back was consistently stiff as a result, it was all down to spending so much time sitting in his car.

"Then I tore my cruciate ligament in 2012 and then my back was just gone, my shoulders were sore, everything was sore.

"What really happened with the gym was I was out of the car, I was walking, I was dealing with people, I had a stand-up desk, I wasn't sitting as much.

"It brought on my football. Coupled to that, a few things happened in my life like having kids and that which helped me mellow out a little bit and really helped me."

Being a self-employed gym owner also has the upshot of facilitating the recovery time required of the modern-inter county footballer.

"Every time someone comes into the gym they need a warm-up,you do the stretch with them. It just gets your body mobile, gets your hips opened.

Back and Cúler than ever, the Kellogg's GAA Cúl Camps programme for 2018 was launched by Andy Moran (Mayo footballer) and Danny Sutcliffe (Dublin hurler) pictured as they helped kick off the campaign at the of opening Ireland's first-ever pop-up cereal café.