Heartbroken Downey Glad To Leave Kilkenny In A Good Place

Downey led Kilkenny to the title 2016 but subsequently lost the next three All-Ireland deciders.

"You never say never," she said at the launch of the AIB Camogie Club Championships about a possible return to management at some stage.

Because I suppose my biggest problem is I'm not able to say no. I've done a few training sessions since the All-Ireland. I was down in Wexford and there's medals to be presented and stuff like that. But at the moment, I'm trying to take a break if that's possible.

It won't really hit me I suppose until January. Not that I haven't been thinking about it - I have. I'm trying to put it out of my mind. When they get back and when I'm not making preparations for a new season, then it will sink in.

I've always been doing something since I retired from playing myself.

Following the 2017 All-Ireland final defeat, a group of Kilkenny players visited Downey's home looking to ensure that she would stay on. That was a gesture she was glad to see. At that time, she was unsure of her plans. 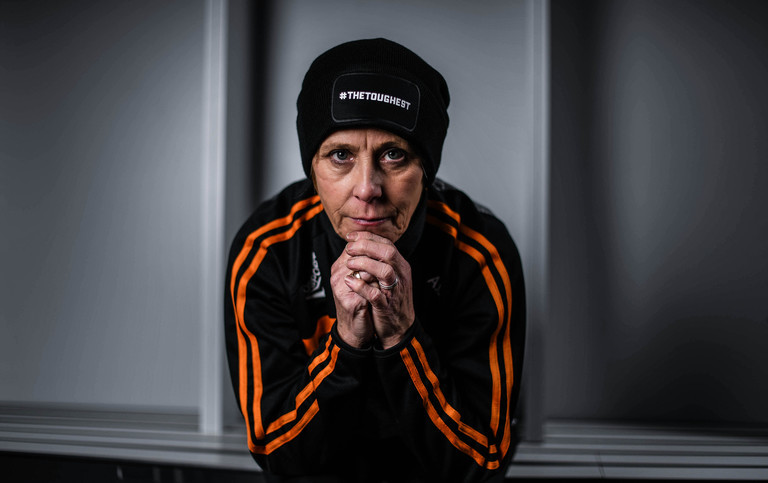 She again considered stepping away in late 2018 but after coach Paddy Mullally left the backroom team to join the Mullinavat hurlers, Downey decided to stat to ensure a smooth transition to the next regime.

The new management team will be headed for former Kilkenny hurler Brian Dowling, who was this year a selector.

"I knew then it was going to be a challenge to get Paddy replaced," said Downey.

"I didn't want to step away from camogie in Kilkenny and leave the job to the county board to get someone. I knew I'd probably have a better chance of getting someone myself.

"When I got Brian Dowling, Brian was brilliant, the girls really loved him. He's so different say to Paddy.

"The morning of the [2019] All-Ireland, I said whichever way it goes, I think if I step away it will be in good hands.

"We had the connection to bring in someone else. I made the phonecall to Tommy Shefflin to know would he be interested. When Tommy said he would, I was really happy then with my own decision; that I was going to step away.

"I just felt I couldn't say any more to the girls. Everything had been put in place. As I said, we have a great backroom team. We never had a doctor until I came on board in 2016; Dr Martin O'Brien came in with us.

"The girls were just so professional. There's only so much you can say to girls, they were probably sick listening to me so Brian is a fresh voice. And Tommy Shefflin certainly brings something new to the table as well.

"Heartbroken that I have to leave camogie behind me for the moment but happy that it's in a good place."

Bernard Brogan: Leaving The WhatsApp Group Was The Hardest Part

GAA
6 months ago
By Maurice Brosnan
'I Was More Than Surprised With The Amount Of Coverage It Got'
GAA
1 year ago
By PJ Browne
Ann Downey Appointed Manager Of Kilkenny Intermediate Hurling Club
Popular on Balls
Football
16 hours ago
By Balls Team
Furious Clint Dempsey Smashed Window After Late Fulham Team Change
Football
18 hours ago
By Gary Connaughton
Report: Kylian Mbappe's Massive Wages Demands Too Much For Man City
Football
22 hours ago
By PJ Browne
DUP MP Calls For Rangers Title To Be Recognised In Parliament