For Camogie legend Ann Downey, her first season at the helm of the Ballyragget intermediate hurlers in her native Kilkenny has been one of complete consternation.

12 All-Ireland titles as a player and one as a manager ensured she was well primed for the role. In January, the 2017 intermediate champions had one sole goal; return to the top grade in the county.

Then the coronavirus pandemic changed everything. The objective was no longer to get back playing senior hurling, it was to get back and play, period.

"I am relieved to be back hurling and I’m glad the lads have a place to come," Downey admits. She is speaking ahead of Chapter Five of AIB’s The Toughest Summer, a documentary which tells the story of Summer 2020 and the unprecedented halt to Gaelic Games. 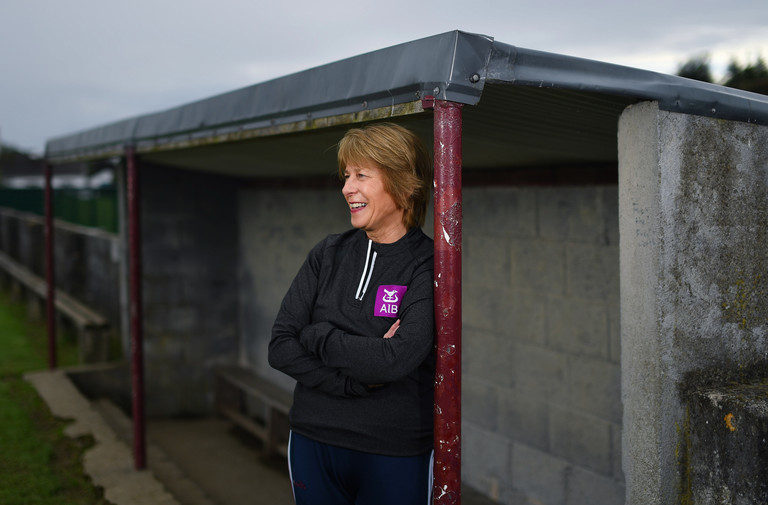 The series is made up of five chapters as well as a full-length feature documentary to air on RTÉ One on Tuesday, 25 August at 10.10pm. Ann Downey features in the fifth chapter that will be available on AIB’s YouTube channel from 7am on Thursday 20th August.

"They can meet. Guys aren’t as talkative as the girls. If they have an issue, the girls would always speak to someone or be happy to come to training and vent their anger at something that happened at work or problems at school.

"I think it is important that the lads are happy, that they are down training, that they have that get-out clause. It is not all work and go home or for the few weeks that we were in lockdown.

"Of course, my mindset has changed. My priority at this stage, I would love to go back up senior. As I said before, it isn’t easy in Kilkenny. Junior, intermediate and senior grades, there isn’t that much difference between them. It is not easy to come down and go back up.

Downey did not expect to be offered the position when she stepped away from the Kilkenny camogie job after last year's All-Ireland final. The plan was to visit her sister, Angela, in Ballybunion more often and play some golf.

She had been involved with the club's underage sides in the past and concedes that there was mild disappointment when she didn't get a chance with the seniors back in 2011 after success with a youthful U21 outfit.

At the start of the year, the opportunity finally presented itself. She couldn't say no.

When your parish come knocking, I wasn’t going to knock it on the head straight away.

I suppose I had been here a few months after the Camogie finished and got bored looking at the television or Netflix. I thought long and hard about it. Once I had the team in place and I knew everyone was going to come in with me I was happy to say to the club we will give it a go.

Downey baulks at the idea of any need to adjust. Ultimately, knowledge is knowledge and a coach is a coach. Plain and simple.

"It is only the same mindset. Making sure that everything is right, that you have a good coach, you have the back-up team. I was happy Nicola Aylward, the physio became involved with us, and Dr Martin O'Brien. So once I had all of those people in place, I was happy to take the job.

"I was more than surprised with the amount of coverage that it got, but I suppose back in 2011 there wasn't that much media hype about ladies being involved with a team either as coach or manager. You can be sure that I'm not the first lady manager, only that maybe I had come from the Camogie scene, and retired as manager of the Camogie team that it got a little bit of attention." 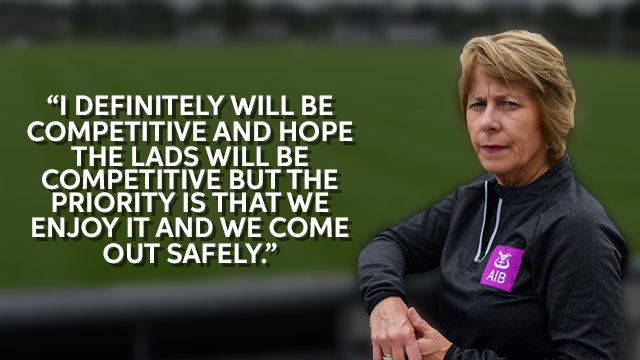 That attention her appointment attracted came as a huge shock as there was a time her exploits on the field struggled to get space in the newspaper. "The time I was playing, you would be lucky if you got the back page of the Irish Press on a Monday evening," she says with a laugh.

"Con Houlihan had great interest in Camogie. So did the Press with Paddy Purcell. (But otherwise) We got five minutes maybe on RTÉ on a Sunday evening after the All-Ireland!"

In her chapter, the St Patrick's Ballyragget manager compares hurling's return to Christmas. The pure delight is evident as she runs the sideline, encouraging and coaching her side.

It is this sentiment that she holds on to despite the great deal of uncertainty surrounding the country. The mantra is straightforward; this game is about joy and she wants her team to share in that.

"My nephew, Conor (Browne) is involved with Kilkenny, he was disappointed when he heard that there won’t be spectators. As Angela said to him, you’re playing club. Be happy with it at the moment. Be happy that you have your health.

"That’s really for me the mindset that we have in the club at the moment."

SEE ALSO: More Than Ever, We Need Mícheál Ó Muircheartaigh's Voice In Our Lives