He disclosed that 70% of GPA members voted against the proposal.

Therefore, the two bodies representing GAA players at both inter-county level and club level are against the 'Super 8' proposal.

The GPA, who have previously advanced 'a Champions League style format', have been fairly cagey on the issue up until now. The CPA, by contrast, have been noisy opponents of the proposals. Liam Griffin, the fixtures co-ordinator of the CPA, outlined their objections to the proposals in depth in an interview with Balls.ie last month.

Whether the opposition of both player bodies will hinder the proposal remains in doubt.

While the players are wary of the changes, the evidence from this week's round of county board meetings indicates that most delegates will be supporting the proposal. 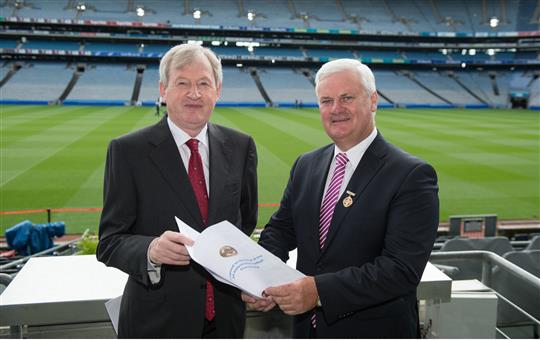 As of now, Kerry, Mayo, Meath and, most bafflingly of all, Tipperary intend to vote in favour of the proposal. So far, Cork are the only county committed to opposing the change.

Tipperary delegates voted in favour of the proposal last night by a margin of 36-20. This, in spite of the opposition of their football players, their inter-county manager Liam Kearns and the football board itself. Quite why the hurling-inclined folk would approve of the proposal is even more bewildering. The Tipperary Star reported that Paraic Duffy attended the meeting.

Also, the Irish Examiner's John Fogarty tweeted in reply to a query earlier that it was his understanding that "all of Connacht" and five counties in Ulster are also supportive of Duffy's proposals.

@dev7liam Looks like five in Ulster, all of Connacht, Kerry, Waterford, Limerick and several in Leinster.

Read the GAA's defence of the proposals here.

Read more: Why Are Players Being Ignored By GAA In Ludicrous "Super 8" Campaign?