'That's The Question You're Posing To The Boys, 'Have You The Bottle To Go Back In There Again?''

Anthony Daly spotted a rising tide of intensity at Kilmacud Crokes training during the week. He knew the reason for it too.

On Tuesday, the fixtures were announced for the first round of the Dublin SHC. Crokes will play Na Fianna on April 6th. The players had a date and opponent on which to concentrate their focus.

"I'll tell you, there was a bit of bite there last night," Daly said at the launch of the 2019 Renault GAA World Games.

"We've Jude's at the weekend in the league. I was hoping, with Dublin having the postponement, having played last week and a free this weekend, that we might get the county players. I think Mattie [Kenny] is putting on a camp - in fairness, I'd probably have done the same myself.

"Once you're playing on a certain date at a certain time, minds quickly [sharpen] - there was an edge in training that I haven't seen yet this year and it was great to have it. There was a buzz coming out of there last night."

The two-time All-Ireland winner took over as Crokes hurling manager for last year's campaign. He led them to the county final, defeating reigning All-Ireland champions Cuala along the way, but they lost to Ballyboden St Enda's in the final following a replay. It was the Stillorgan side's third county final loss in a row. 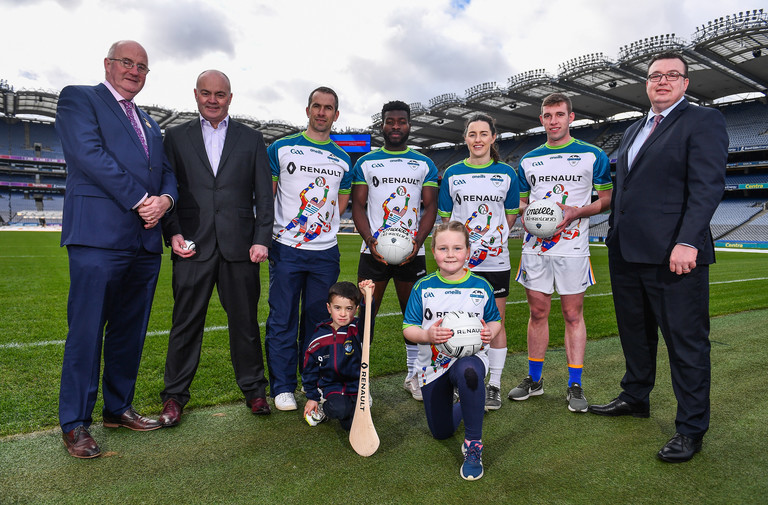 "I don't know the psychological damage [it's caused]," said Daly of those defeats.

You could say four finals not winning, because we drew one them last year.

That's the question you're posing to the boys, 'Have you the bottle to go back in there again? Have you bottle to put yourself back into that position again where this could be five finals without winning? Can you get back there?'

It's going to be desperately difficult. We'd be training there in Bray on a Wednesday night and Cuala would come on after us - Willie Maher [Cuala manager] is there and Brian Horgan with him - you'd be saying, 'they're going to be there as well'.

The 49-year-old believes that a few talented young players from the crop which won last year's Dublin Minor Championship final against Ballyboden are nearing harvest.

He now has three-time All-Ireland football winner Rory O'Carroll back among the group following his return from New Zealand and O'Carroll's brother Bill has returned from injury.

The Kilmacud forces are being refreshed ahead of a championship which is becoming increasingly competitive. Daly believes the standard of club hurling in the county has risen since his time as Dublin hurling manager.

"Of the six years I was there, Boden won five on them. They were just too strong for everybody. Whereas, now, we could beat a club looking for three All-Ireland clubs in a row.

"You're meeting the lads down home [in Clare] and they're saying, 'Ah ye have it won now' and I said, 'No, we have to face into another massive team.'"

Mixing club management with his various media duties - including commentary for RTÉ, working on the Sunday Game and having a column with the Examiner - means that Daly's life can be hectic.

"There can be mad days and then days of very little - only watching matches and planning sessions.

"There can be crazy days. The last couple of Sundays have be absolutely demented; driving through a blizzard there in Thurles coming from a challenge match in Dicksboro to get to Cusack Park. Then you have to get working on the column for the morning.

"I'm lucky that I have the bar still leased. I don't think it would be possible to do what I'm doing [otherwise]. It's nice to be able to pop in there as a customer as opposed to trying to run it."